Stephen Logan: Father of four children, jet-setter. If there were any character on any soap opera who was truly become a member of the frequent flyer club, it had to be Logan, who jaunted in and out of Los Angeles on a regular basis from Arizona, Paris and ultimately Dallas during his 23-year run on The Bold and the Beautiful. Despite not always being part of the main storyline, Logan knew how to wield a weapon – ultimately both shooting folks and getting shot by them. He’s off-camera now, but as Bold and Beautiful continues to air classic episodes, let Soaps.com share with you 11 fast facts about the handsome, not-exactly-heroic businessman.

Stephen Logan has been played by two actors: Robert Pine (1988 – 2001, on and off) and Patrick Duffy (2006 – 2011). Both Pine and Duffy have soap careers from before Bold and the Beautiful: Pine appeared on Days of our Lives (Walker Coleman, 1987) and Dynasty (Lt. Calder, 1986); Duffy is best known to Dallas fans as Bobby Ewing, who in 1986 notoriously popped up in the shower after having been presumed dead for the whole previous season, rendering those previous episodes “all a dream.” Pine is also the proud papa of Chis Pine, who played James T. Kirk in the Star Trek rebooted feature films.

Stephen abandoned his family in 1980 when he thought Beth never left behind her love for her college sweetheart Eric Forrester (John McCook). He came to LA after Stephanie Forrester (Susan Flannery) tracked him down, wanting him to keep Eric away from Beth. Donna and Katie urged him to come to California… so he did. Eventually, Stephen and Beth ran away to Paris, Bill Spencer Sr. (Jim Storm) hired Stephen to work in his overseas office.

In 2001, Massimo Marone (Joseph Mascolo, Days of our Lives‘ Stefano DiMera) offered Stephen $5 million if he’d convince Brooke to move to Paris. Though Stephen’s head wasn’t turned by the cash offer, it was when Massimo threatened to make Brooke’s life extremely difficult if she didn’t relocate. So Stephen faked a heart condition to get her to move.

Stephen made a big return to LA in 2006 (looking different, as Duffy had now taken over the role) when Ridge Forrester (Ronn Moss) asked him to. They’d hung out a bit while Ridge was in Paris, and Ridge (who was in an on-again, off-again relationship with Brooke) kept him up to date on his volatile daughter’s life. But Stephen’s attitude changed when he learned Ridge had taken advantage of Brooke when she overdosed on sedatives – and Stephen became a proponent of her new love, Nick Marone (Jack Wagner), son of Massimo.

Stephen was so down with Team Nick that he had an affair with Nick’s mom Jackie Marone (Lesley-Ann Down). But right around that time he also slept with Ridge’s ex, Taylor Hayes (Hunter Tylo). Alas, this did not endear him to Brooke: Jackie was Nick’s mom, and Taylor was Brooke’s longtime rival for Nick – so she insisted Stephen go back to Paris. He did.

But not for long… In 2007, Nick was back in LA following Brooke having been raped by Andy Johnson. Learning that Stephanie was involved, he threatened to throw her off a balcony. Stephen then blamed Storm for not protecting Brooke when she was raped – and Storm shot Stephanie, then framed his father for the crime! Eventually, Stephanie agreed to keep mum about Storm’s guilt and had the charges dropped against Stephen.

In 2008, Stephen was once again called back to Los Angeles because Katie, who’d been shot accidentally by Storm, required a heart transplant if she were to survive. Guilty, Storm shot himself so his heart could be freed up for his sister. Again, once things cooled down, Stephen left for Paris to try to rekindle things with Beth.

Stephen and Beth returned in 2010 as Beth’s Alzheimer’s began to worsen and became too much for him to deal with alone. Alas, Beth and Stephanie had an argument – and Beth drowned in the Forrester family pool. Furious, Stephen swore he’d make Stephanie pay.

Stephen took his revenge on Stephanie by dating her sister Pam Douglas (Alley Mills), ultimately talking her into going off her bipolar medication. Stephen tried to get Pam to shoot Stephanie – but Stephanie convinced her sister that Stephen was using her. Pam handed the gun to her sister … who promptly shot Stephen in the arm. Turnabout is fair play.

Stephen then shot Stephanie Forrester and was arrested for attempted murder, but Bill Spencer Jr. managed to get him freed. Miraculously, Stephen and Pam continued to see one another and got engaged… at least until 2011, when Pam told Stephanie that Stephen had left her and gone to – not Paris, but Dallas.

<p>Stephen visits Katie in the hospital.  She had to have heart surgery after accidently being shot by her brother Storm – who ended up being her donor!</p>

<p>Stephen holds Katie’s hand. He’s about ready to walk her down the aisle to marry Bill Spencer.</p>

<p>Stephen doesn’t look happy as he walks Donna down the aisle. She happens to be marrying his nemesis, Eric Forrester.</p>

<p>Stephen attends a function at the Forrester mansion. The family gathers around as Thorne makes a toast.</p>

<p>Stephen falls to the ground, stunned. He wasn’t paying attention and was hit by a car.</p>

<p>Stephen attends a function at the Forrester mansion. Nobody looks happy in this photo, but they’re all dressed to kill!</p>

<p>Stephen and Stephanie have a heated argument. She accuses him of using her sister Pam.</p>

<p>Stephen and Stephanie’s argument didn’t end at the mansion. She found Stephen at Big Bear and shot him.</p>

<p>Stephen was charged with attempted murder after shooting Stephanie Forrester back. Bill Spencer paid him a visit in jail.</p> 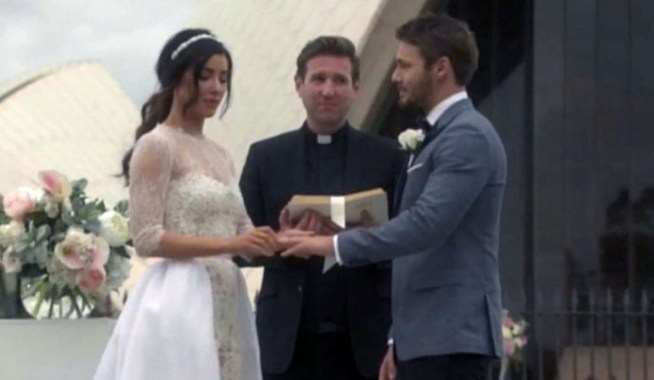 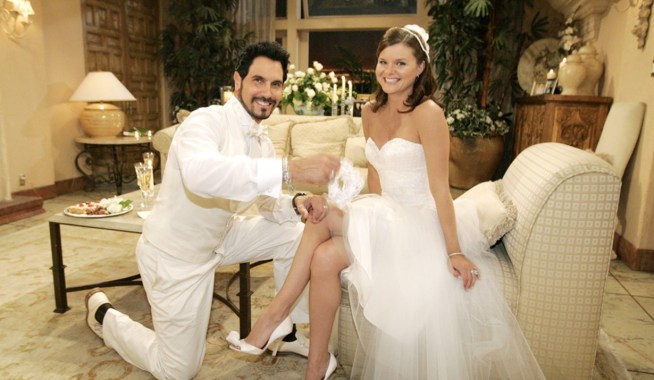