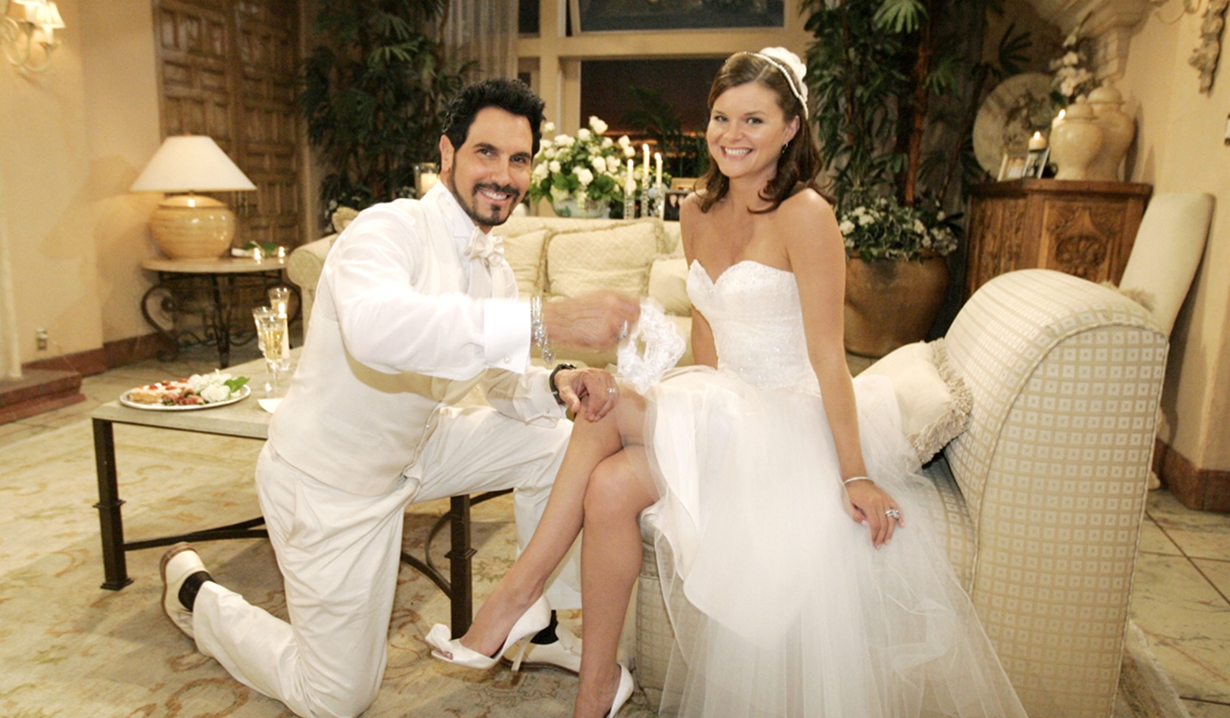 Bold and Beautiful couple has had their share of ups and downs.

As CBS airs Katie and Bill’s 2009 wedding in a Bold and Beautiful classic episode that saw the newlyweds drive away and wind up at Pleasure Point, Soaps.com took the opportunity to look back on the highlights of their love story, which has spanned over a decade…

Bill met Katie while pursuing her sister, Donna Logan, and found Katie at Café Russe, getting drunk after breaking up with Nick Marone. Katie balked at Bill’s cutthroat plot to ruin Forrester Creations, but Bill’s love and marriage proposal won her over and they married in her old neighborhood.

Bill fought his attraction to Steffy Forrester, and his marriage to Katie stayed intact, however, his wife walked out on him after learning of his plot against Amber Moore, who claimed to be carrying his son Liam’s child. Bill acquiesced to Katie’s demand that he attend therapy and held snarky sessions with Taylor Hayes. 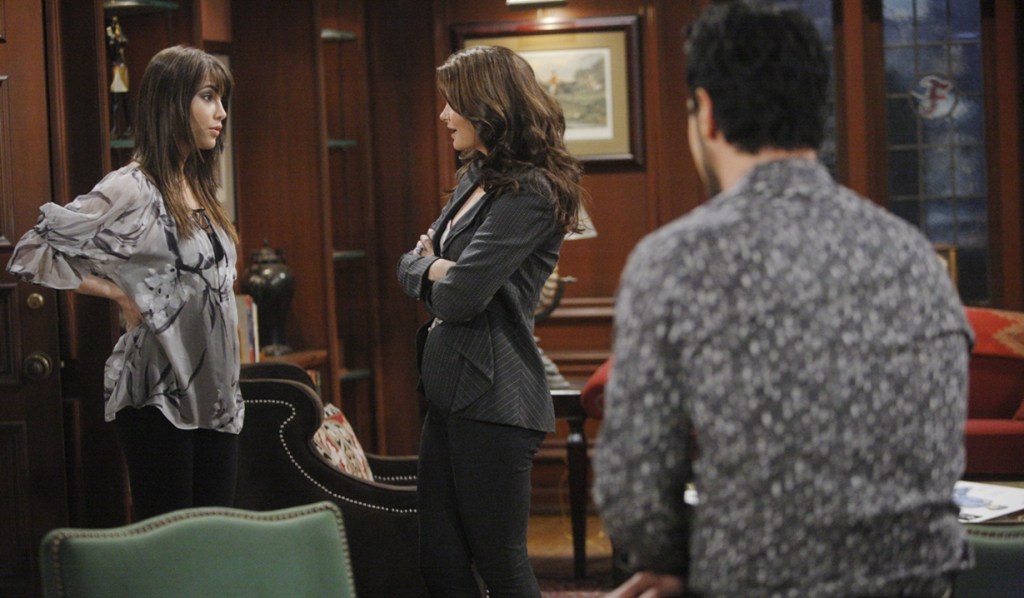 The next challenge came when Taylor discovered Bill having an affair with her daughter, Steffy. Though they hadn’t had sex, Taylor outed Bill when Katie threw a surprise vow renewal ceremony. Katie suffered a heart attack over the situation and Bill ultimately stayed with his wife.

Katie and Bill were at odds again when he lied that Steffy had a life-threatening blood clot after an ATV accident in order to keep Liam from leaving her. Bill locked Katie in the tower room in Malibu, but Katie escaped and exposed him. Once again, they reconciled their differences, but it wasn’t long before Bill started fantasizing about Katie’s sister, Brooke Logan, at a dinner gathering.

Katie was thrilled to learn she was carrying Bill’s child, but was left reeling when Bill told her not to go through with the pregnancy due to the threat to her health. Katie elected to keep the baby and Bill came around to the idea, however, the revelation of Bill’s illegal activities involving Deacon Sharpe sent Katie into premature labor. She flatlined on the table in the hospital and survived, only to develop post-partum depression. When Katie disappeared, Brooke and Bill grew closer, and Katie pushed for Brooke to step in with her newborn son and husband. 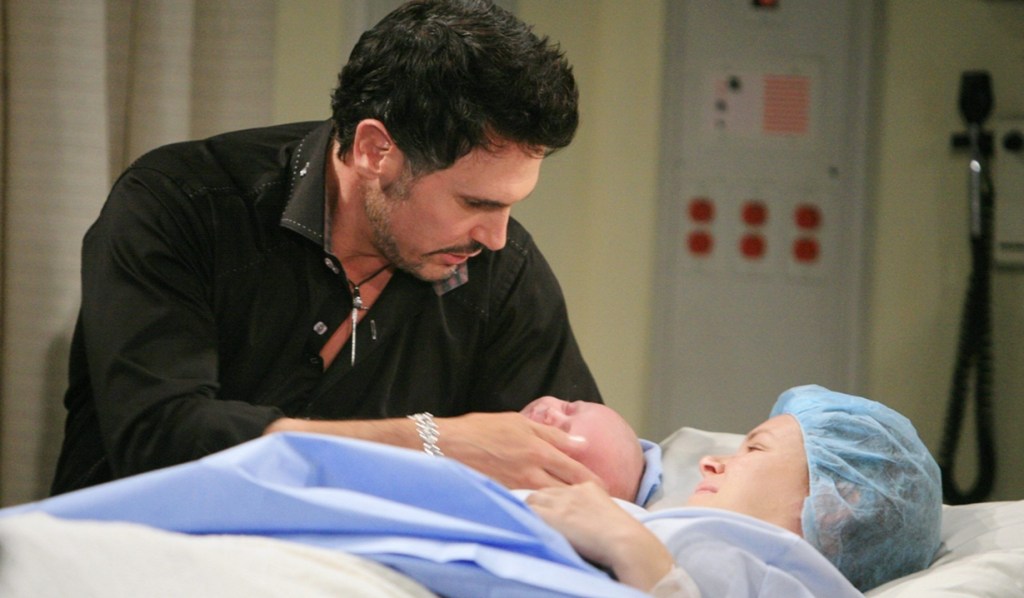 Katie reclaimed her life with Bill and Will, but Bill couldn’t stop thinking about Brooke and Katie started hitting the bottle. Katie ended up catching Bill recovering from a drunk-driving accident in Brooke’s bed and declared she wanted a divorce. Bill and Brooke made love, then learned Katie had suffered another heart attack. Katie wanted to make it work with Bill, who tried, but continued seeing Brooke, who had miscarried his child. Taylor exposed the duo and this time the divorce went ahead, with Katie selling the Spencer Publications stock she received to Bill’s sister, Karen Spencer (Joanna Johnson), who fired him.

After a near-death fall in Aspen, Bill attempted to reconcile with Katie in an effort to regain control of the company and get joint custody of Will, but Brooke took the paperwork, which foiled his plan. Katie, meanwhile, fell for Ridge Forrester, and stopped his wedding to Brooke by pretending to faint.

Bill nearly married Brooke overseas, but Ridge interfered, and Bill later found himself drawn back toward Katie, the first woman he had ever loved enough to marry. He made Katie VP of Spencer Publications and she accepted his marriage proposal. Their second wedding, in 2016, took place at home, and featured an emotional and drunk Brooke as a guest.

New troubles arose when Katie overheard Brooke confess her love for Bill and turned to the bottle. Amid the escalating tension, Katie walked out. It wasn’t long before Bill got a quickie divorce and proposed to Brooke again. Their wedding wasn’t to be as Brooke dumped him after learning he’d burned down Spectra fashions and hit Liam.

Bill had a one-night stand with Steffy, and Katie became engaged to Wyatt, then married Thorne Forrester (Ingo Rademacher) before issues with Bill ignoring Will brought the pair back into one another’s orbit. As they began spending time together again for Will’s sake, the boy set his parents up on dates to make them realize they needed to be a family again. Katie was reluctant to trust Bill, but was convinced after Shauna Fulton (Denise Richards) came onto him and he refused her, so they happily reconciled.

Bill saw Katie through a life-saving kidney transplant, but once again, their love story hit a sour note when Bill was caught on video kissing Brooke. 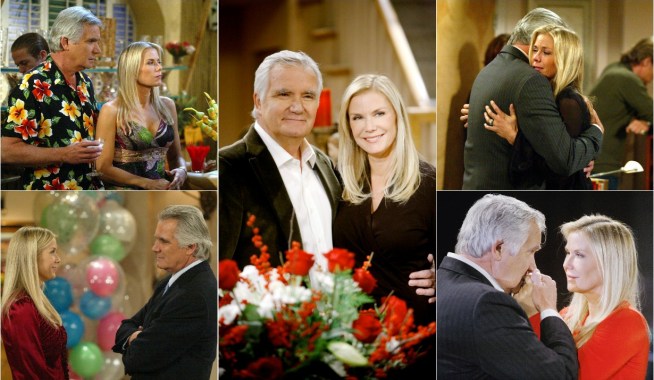