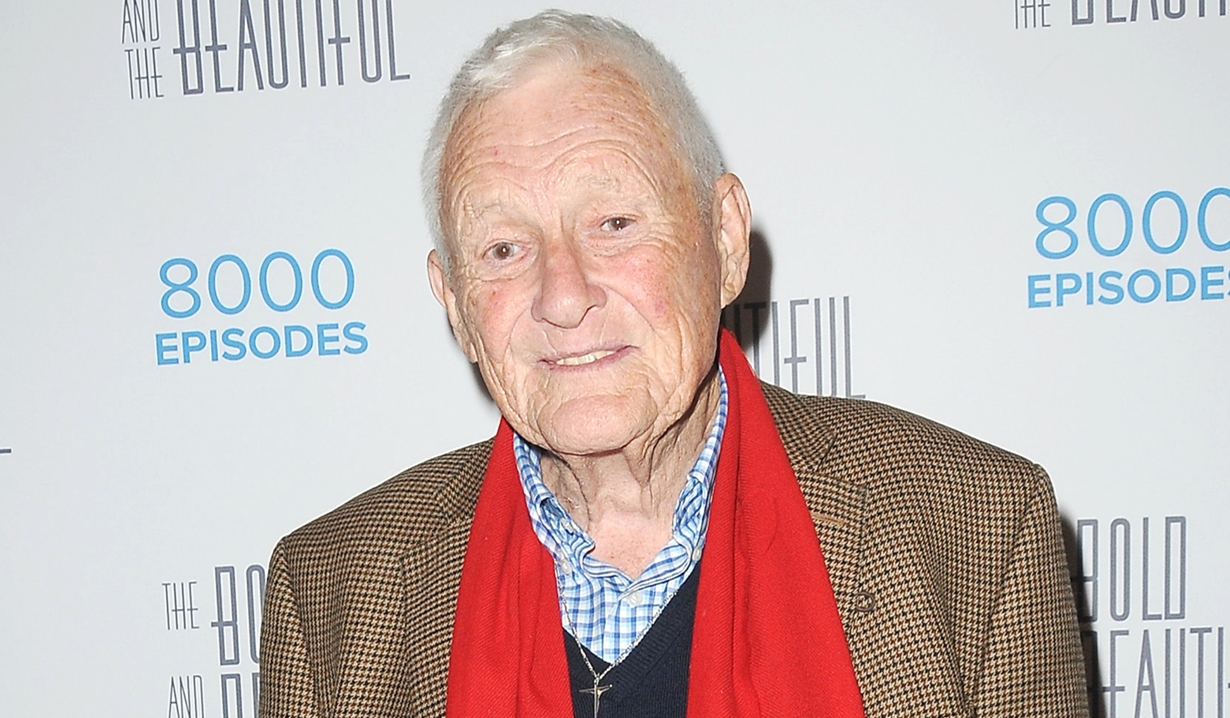 Bold and Beautiful guest star’s impressive acting career dates back to the 1950s.

Actor Orson Bean, who guest-starred on Bold and Beautiful as Howard, has died tragically after being struck and killed by two vehicles while trying to cross the street in Venice, California, according to a report by ABC News. Soaps.com learned that Bean died the night of Friday February 7 in a collision that occurred in front of the Pacific Resident Theatre, where both he and wife Alley Mills, Bold and Beautiful’s Pam Douglas, were both company members. Mills was working in the theatre at the time. Bean was reportedly clipped by a vehicle, fell down, then hit fatally by a second vehicle, whose driver was distracted by onlookers trying to slow him down. Bold and Beautiful writer Michele Val Jean was one of the first to share the news on Twitter.

Orson Bean was born in Burlington, Vermont in 1928 as Dallas Frederick Burrows. His parents were George Burrows, a policeman, and Marian Pollard. As a youngster, he enjoyed performing magic, and later graduated from Boston’s Latin School in 1946, after which he did a stint in the U.S. military in occupied Japan. The actor has been married three times, to Rain Winslow in 1956, Carolyn Maxwell in 1965, and to his present wife, Alley Mills in 1993. He has four children, Susannah, Michele, Ezekiel, and Max.

After returning from the war, Dallas Burrows took the stage name ‘Orson’, inspired by Orson Welles, and hit the comedy circuit. By 1954 he had launched his acting career and made his first Broadway appearance in Stalag 17. He hit his stride on Broadway in the 1960s, and was nominated for a Tony Award for his performance in Subways Are for Sleeping, which was followed by Never Too Late. Though he was blacklisted in Hollywood during the 1950s, Bean went on to assemble a list of film and television credits featuring over 100 appearances. He was on quiz shows, game shows and talk shows, and became known for his roles in movies such as Miracle on 34th Street and Being John Malcovich, and television series including Dr. Quinn, Medicine Woman, Normal, Ohio, and more recently, Desperate Housewives. His last guest roles were in Superstore and Grace and Frankie. Bean played Howard on Bold and Beautiful in 2016. He also played Harrison Logan on One Life to Live in 1982.

Bean is survived by his wife, Alley Mills, and his four children.

Soaps.com extends deepest condolences to Mills and the loved ones and former colleagues of Orson Bean. Please view the gallery to remember other soap opera actors we’ve lost this year.

It is incredibly sad and shocking to hear what happened to Orson Bean. He was walking across the street last night and was struck by a car. So devastating! My heart goes out to his wife, Alley Mills, and their family. Orson was such an amazing man! He was a brilliant actor! And sooo kind to everyone. Always so positive and energetic and charming. He still had so much life and love to give. We were just at the play Bad Habits 2 weeks ago laughing and enjoying both Alley’s and Orson’s amazing and funny performances. We had many laughs. I hope that you are happy up there dancing in heaven Orson! We will miss you. You are loved! And Alley, we are here for you always🙏💖🙌🏻 #orsonbean

I sit saddened and shocked by the loss of such an incredible man. Alley my prayers are with you and your family. Orson loved you all so deeply. A giant of a man. @boldandbeautifulcbs

I had the pleasure of knowing Orson through Alley’s eyes. The kindest, funniest, most loving man. Together there were no two people more fascinating, funny or in love. My heart breaks for Alley and their family. ❤️ #riporsonbean I love you Alley Mills

Orson Bean was one of a kind! I so enjoyed every opportunity to chat with this man. He was so engaging, brilliant, funny, and warm. My heart breaks for our dear Alley. Every time I saw her I would ask, “How’s my hero?” She couldn’t talk about her husband without smiling. We hold you in our hearts Alley. RIP dear Orson!🙏🏻❤️

My heart is broken for my dear friend Ally Mills and her family. Orson bean was an incredible actor but I always knew him personally as Ally’s dear husband and love of her life. It was an honor to spend time with them and get a front row seat watching the joy they brought to each other. Ally, we love you and are here to love you through this heartache. My condolences to all of Orsons family and friends and all who loved him. On screen and off. #rip #orsonbean @boldandbeautifulcbs @cbstv #boldandbeautiful

My heart broke at hearing about this awful tragedy. #RIP #orsonbean You were always sweet and kind. There was always so much warmth and love whenever Alley spoke of you. My heartfelt prayers to Alley and the rest of the family. #Repost @katherinekellylang ・・・ It is incredibly sad and shocking to hear what happened to Orson Bean. He was walking across the street last night and was struck by a car. So devastating! My heart goes out to his wife, Alley Mills, and their family. Orson was such an amazing man! He was a brilliant actor! And sooo kind to everyone. Always so positive and energetic and charming. He still had so much life and love to give. We were just at the play Bad Habits 2 weeks ago laughing and enjoying both Alley’s and Orson’s amazing and funny performances. We had many laughs. I hope that you are happy up there dancing in heaven Orson! We will miss you. You are loved! And Alley, we are here for you always🙏💖🙌🏻 #orsonbean

This is one of the many pictures I think capture these two perfectly… Alley and Orson always laughing and making other people laugh… he was one of those people who just genuinely seemed happy and full of life and freaking FUNNY man! And just a good, sweet dude all around… Genuinely thankful that you touched my life even for a brief moment in the 91 years you touched everyone else’s… All of our love, thoughts, prayers go out to you Alley and the rest of the family… Make em laugh up there… ❤️

If you’re lucky in life, you meet one of those human beings so clearly operating on a different moral and intellectual level than the rest of us. Orson was one of them, and you knew it within seconds of shaking his hand. All my love to Alley Mills on this day of profound loss.

<p>Edge of Night actor <a href="https://soaps.sheknows.com/soaps/news/562847/obituary-forrest-compton-dead-94/" target="_blank">Forrest Compton died on April 4, 2020</a>. He also appeared in numerous soap operas including All My Children, As the World Turns and One Life to Live.</p>

<p>General Hospital alum, Smurfs and Young Frankenstein actor <a href="https://soaps.sheknows.com/general-hospital/news/563445/obituary-gh-alum-young-frankenstein-danny-goldman-dead-80/" target="_blank">Danny Goldman passed away at 80</a> on April 12, 2020. Daytime fans may remember him for playing Clarence Darrow in 1991.</p>

<p>Veteran actor <a href="https://soaps.sheknows.com/soaps/news/563584/obituary-dallas-dynasty-knots-landing-brian-dennehy-dead-81/" target="_blank">Brian Dennehy died on April 15, 2020</a> of natural causes. He appeared in numerous films and in the primetime soap operas Dallas, Dynasty and Knots Landing.</p>

<p>Veteran actress <a href="https://soaps.sheknows.com/soaps/news/563977/obituary-oltl-desperate-housewives-shirley-knight-dead-83/" target="_blank">Shirley Knight passed away</a> on April 22, 2020 of natural causes. She appeared in daytime on One Life to Live as Claire in 1986 and held numerous primetime and film roles.</p>

<p>Legendary signer <a href="https://soaps.sheknows.com/the-young-and-the-restless/news/565314/obituary-little-richard-dead-87/" target="_blank">Little Richard died on May 9, 2020</a>. He made guest appearances on One Life to Live as well as Young and the Restless.</p>

<p>Actor <a href="https://soaps.sheknows.com/the-bold-and-the-beautiful/news/565880/obituary-bold-beautiful-fred-willard/" target="_blank">Fred Willard passed away at age 86</a> on May 15, 2020. He was known to daytime fans for playing John Forrester, brother to Eric, on Bold & Beautiful. </p>

<p>Soap opera director <a href="https://soaps.sheknows.com/soaps/news/571198/soap-opera-director-maximilian-b-bryer-dead/" target="_blank">Maximilian B. Bryer passed away</a> on June 16, 2020. He worked on both As the World Turns and The Edge of Night.</p>