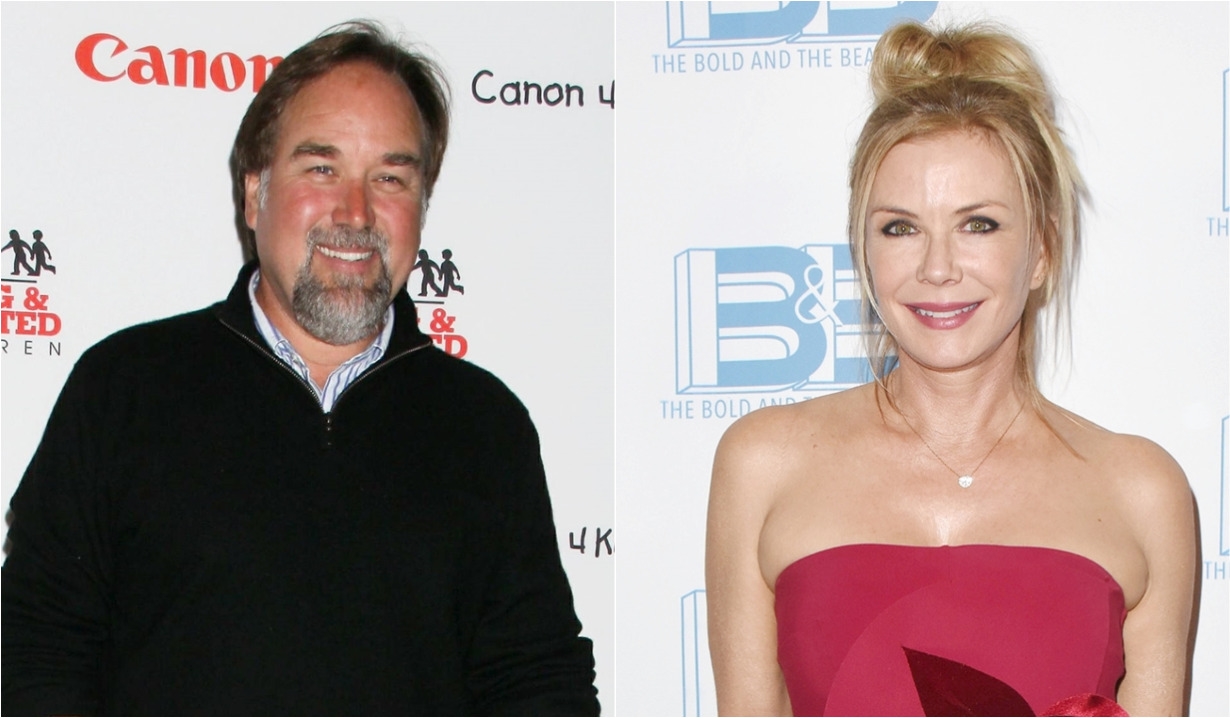 Behind the scenes of Bold and Beautiful actress’ film about a woman traumatized by her past.

Katherine Kelly Lang’s Bold and the Beautiful character, Brooke Logan, just declared war on her ex-husband’s current wife, but the actress took to social media to announce a new outside project with a decidedly different tone. Soaps.com has learned The Christmas Dance tells the story of Sarah, a young woman who has been traumatized by her past. Though she’s not in a festive frame of mind with Christmas coming, as she waltzes through life’s emergencies she is taught the Christmas dance. Lang shared a video clip from the set of her new film in which she’s doing a happy dance with co-star Richard Karn, who is known for the infamous role of Al on the hit television series Home Improvement, and who played Judge Jon Oplinger on Bold and Beautiful in 2017. Lang also posted teaser shots on her Instagram story which revealed some scenes take place in a hospital. She expressed excitement for the new project and thanked director Michael Arcell, also in the clip, for bringing her on. Lang will play the role of Mary in The Christmas Dance, with Karn playing Sherman, and Kristen Vaganos (Dating After College) taking on the role of Sarah.

Arcell also shared photos from the set of The Christmas Dance on his Instagram account and was thankful for the opportunity to direct his first feature film, which he also wrote, and will produce and act in. Additional cast includes Carson Nicely (Conan, Euphoria) as Jason, Miles Faber (The Next Step) as Sherman Jr., Briana White (Criminal Minds: Beyond Borders) as Kate, and Master P (Killing Hasselhoff) as Brother Moore. Sinorice Moss, who appeared on General Hospital as a bartender, plays the role of a doctor in The Christmas Dance.

Katherine Kelly Lang’s Beverly Hills store, Benheart, is also keeping her busy these days, and she recently welcomed her 8 Lexeis co-star Andreas Georgiou to the Bold and Beautiful to tape a guest appearance on the CBS soap opera.