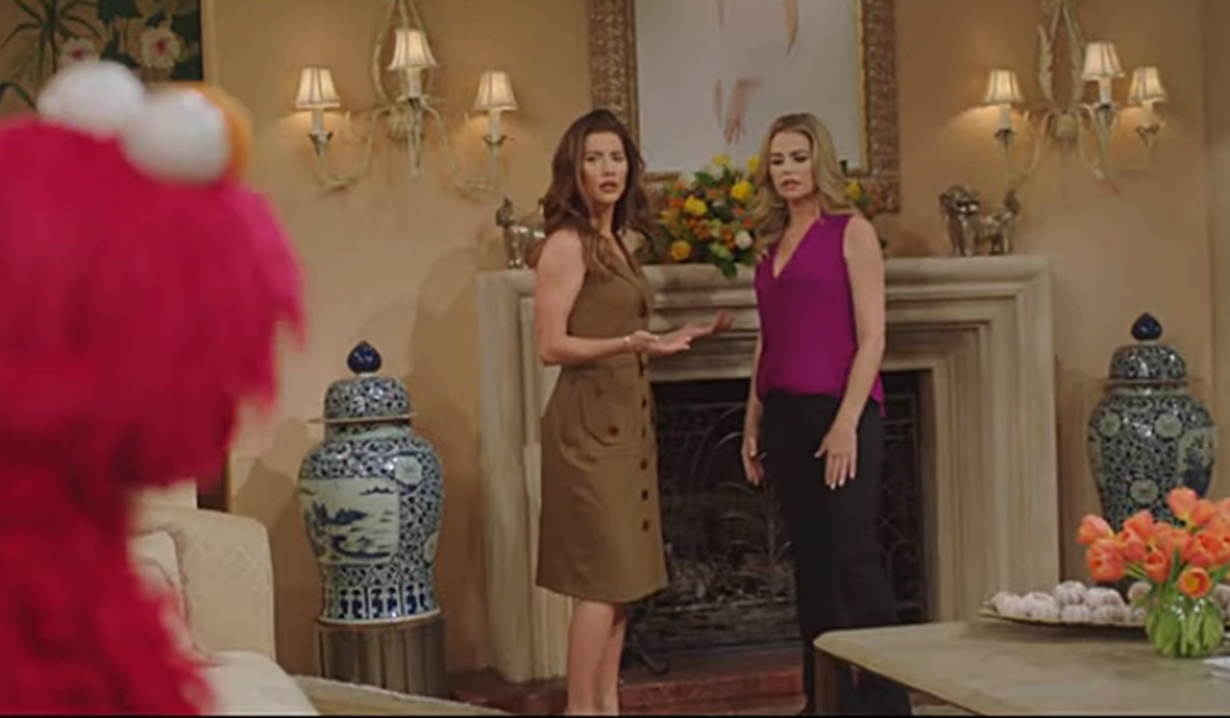 Bold and the Beautiful actresses Jacqueline MacInnes Wood (Steffy Forrester) and Denise Richards (Shauna Fulton) appeared on The Late, Late Show with James Corden as part of the cute opening sequence which saw Sesame Street’s Cookie Monster, Big Bird, Elmo and other iconic muppet characters get lost in CBS Television City. As they tried to find their way to James Corden’s studio to tape his show, they passed right through the Forrester living room after taking a wrong turn at The Price is Right.

Watch the fun clip below to see Richards and Wood react to the appearance of the Sesame Street characters, then read Bold and the Beautiful spoilers to find out what’s coming up for Steffy and Shauna on the CBS soap opera. 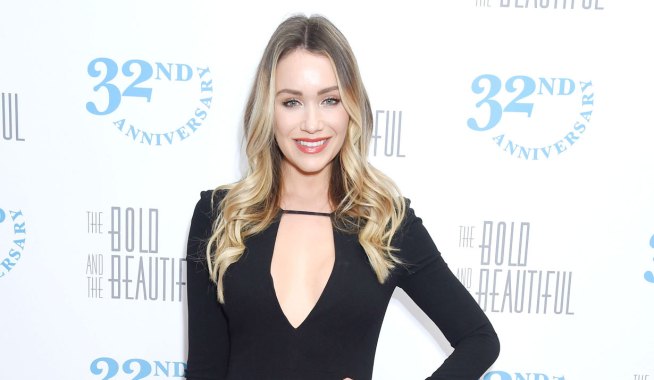