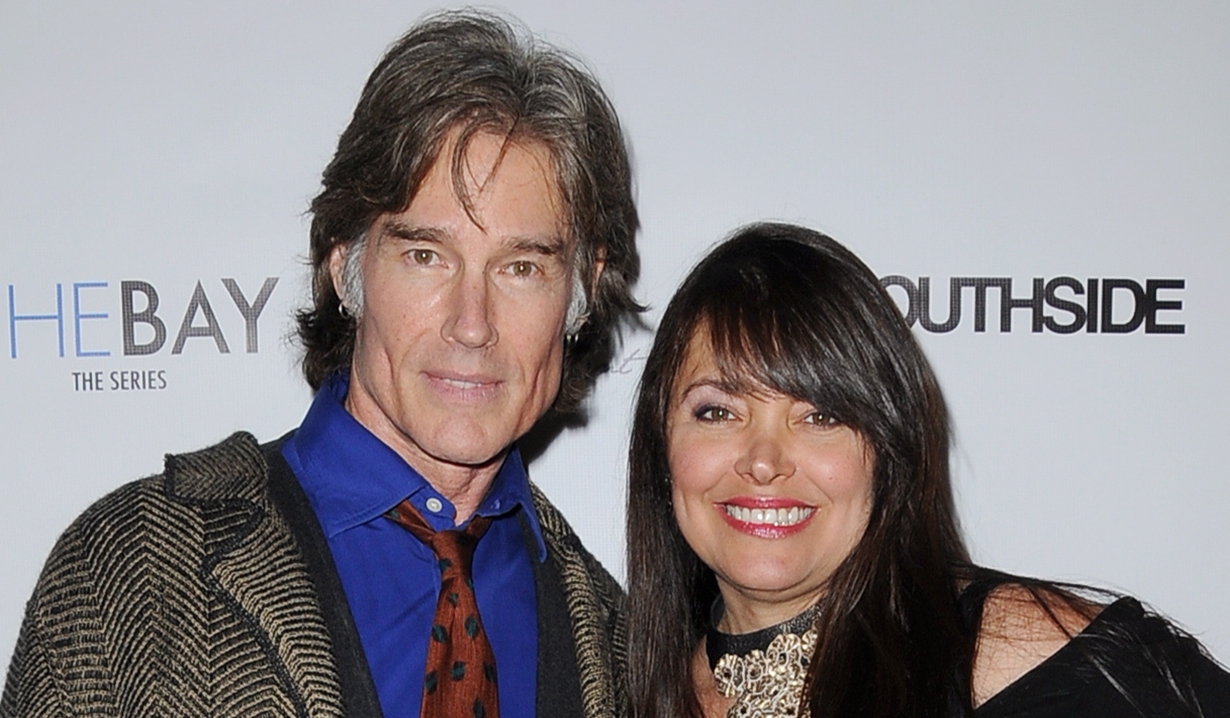 Former Bold and Beautiful actor recommits to his wife of 10 years.

The Bold and the Beautiful alum Ronn Moss, who originated and played the role of Ridge Forrester from 1987 – 2012, renewed his vows with his wife of a decade, Devin DeVasquez, on October 2 in Italy. Moss and DeVasquez were married on September 25, 2009 in a fairytale wedding complete with a horse and carriage. DeVasquez shared photos on her Instagram account from an Italian magazine that did a feature on the ceremony, which she described as “a beautiful, intimate affair.” The bride and groom both wore white and went barefoot for the occasion, and the beautiful former Playboy playmate, who wore her hair curly and topped with a halo of flowers, also shared a video clip of her doing a slow spin in her gown while holding her bouquet on the special day. The vow renewal ceremony took place in Reggio Calabria, which is in the southwest of Italy in the ‘toe of the boot’ region of the country and features a rugged, dramatic coastline marked by old-fashioned villages and is home to the Museo Archeologico Nazionale. Moss was developing Surprise Trip in Italy, a film he will appear in, and also wrote along with Tiziano Cavaliere and Pietro Genuardi, and for which he and his wife are acting as executive producers.

Moss has also been performing music while in the country, and on October 7, shared a photo onstage singing the classic Italian song Una Aventura with Italian television presenter and singer Paolo Belli’s band, which he considered a “great honor.” Moss has no further dates of his own scheduled at this time.

Soaps.com offers congratulations to Moss and DeVasquez on their romantic vow renewal!

Oops we did it again after 10 years! @ronnmoss and I decided to renew our vows again in #Calabria. It’s was a very beautiful, intimate affair and I’m very grateful for all who helped make this day so special. . . . .#specialmoments #weddinginspiration #vowrenewal #DevinDevasquez #ronnmoss #italy🇮🇹

We have to make a decision to be happy on the inside now, to magnetize a life of happiness on the outside. . . .#wisdomwednesday #positivenergy #positivevibes #lifequotes #lifestyle #motivationalquotes #momentslikethese