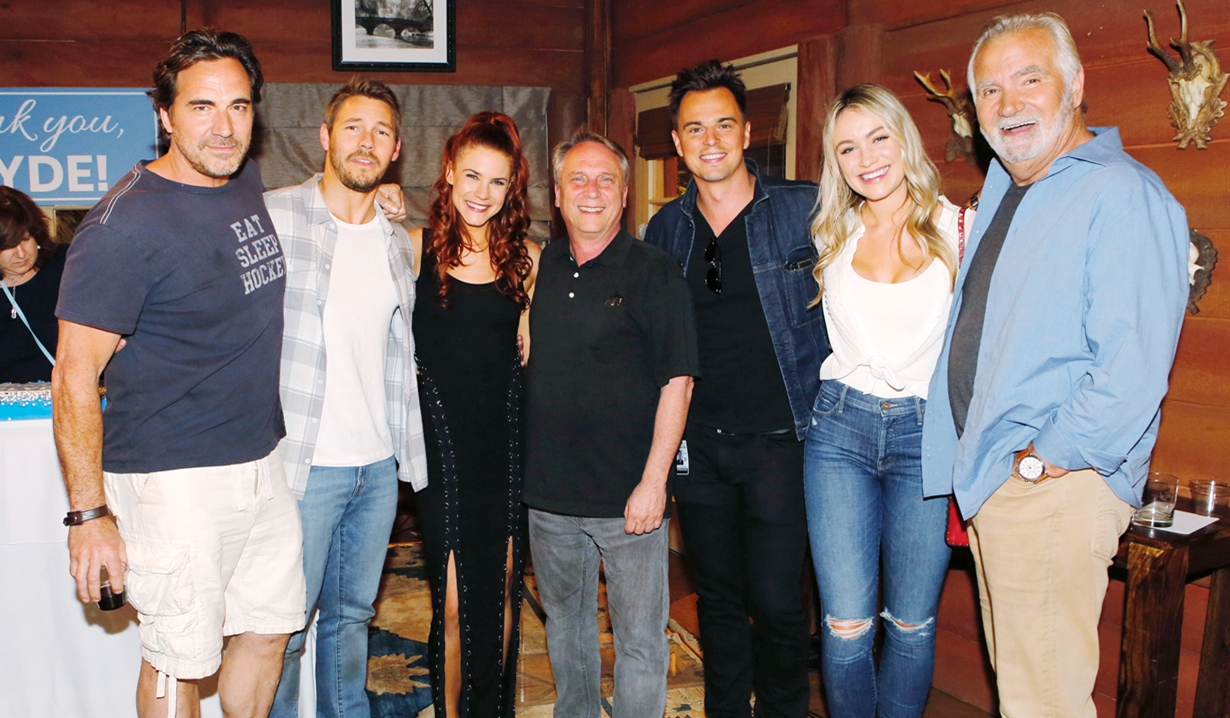 Numerous members of Bold and the Beautiful’s cast and crew were on hand for a recent gathering on set to mark the retirement of Assistant Director Clyde Kaplan, who has been with the show since 1988. Kaplan started out in the soap opera’s sound department and is credited as a sound engineer looking after both audio and post-production audio between the years of 1988 – 2010. In 2001 he also began functioning as an associate director, a title which he held until his retirement in 2019. Kaplan acted as director for location shoots in 2011 and 2012.

Clyde Kaplan’s career in the entertainment business began as an assistant engineer for A&M Studios from 1981 – 1986 where he worked on albums such as Joni Mitchell’s Wild Things Run Fast, Barbra Streisand’s Yentl, The Carpenters’ An Old Fashioned Christmas, Johnny Gill’s Chemistry and served as a sound engineer and mixer for the We Are The World sessions. After he acted as the sound engineer on the album Town & Country, the Rave-Ups’ frontman, Jimmer Podrasky, wrote of Kaplan, “The increasingly vast landscape that is now considered ‘Americana’ music owes a huge debt to Clyde because of his incredible work on [Town & Country].” After leaving A&M, Kaplan did audio and post-production audio on the Solid Gold television series from 1986 – 1987, and was credited with audio on episodes of the series Blackout in 1988, as well as a documentary entitled America’s Lost Band, which surrounded the story of The Remains.

Soaps.com extends warm wishes and all the best in the future to Clyde Kaplan on his retirement.