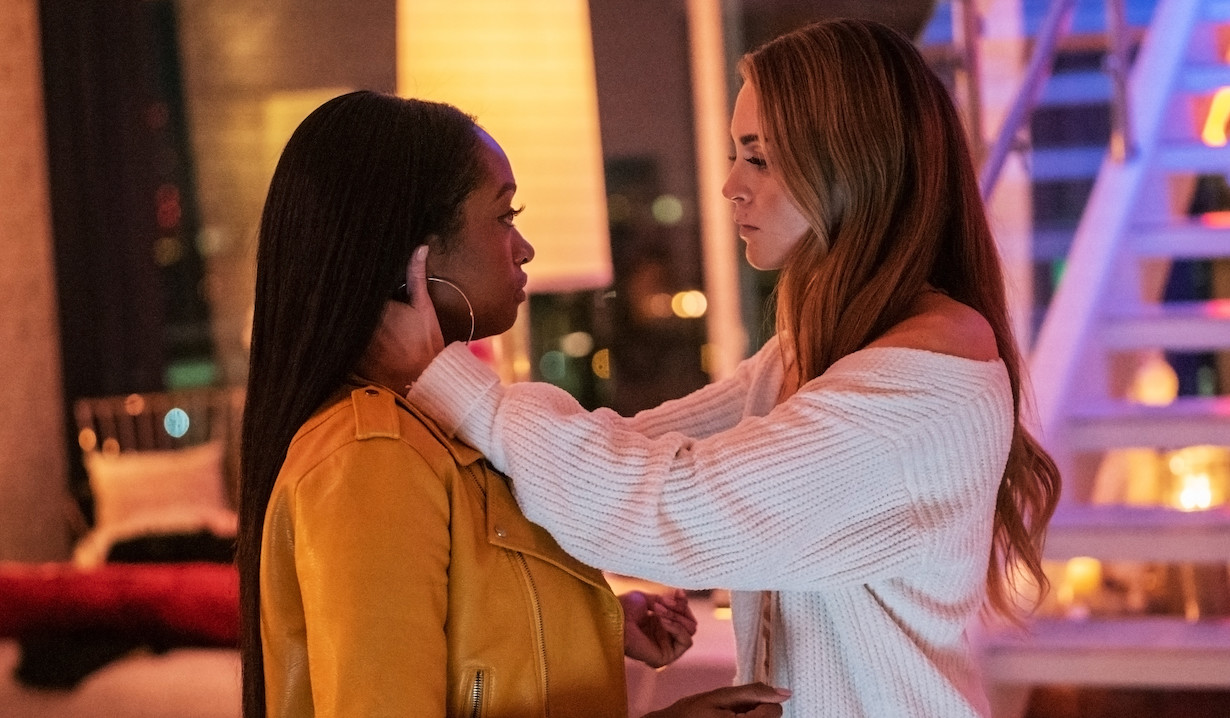 Soaps.com enjoyed the soapy drama of Ambitions so much we decided to continue recapping the first season of the OWN series. If you aren’t caught up, read our review of Ambitions episodes 1 and 2 and then read on for episode 3, which gave us juicy twists, a deserved comeuppance, and the tease of even more delicious drama to come.

The mayor and his mistresses

Amara brings Daphne, who works for the mayor, in for questioning, assuming she’s his mistress. Amara also accuses her of accepting kickbacks and misappropriating federal contracts for which she could go to prison. Rattled, Daphne fills in Evan who assures her “we’re good,” but once she walks away, he’s the one who looks rattled.

Meanwhile, Evan’s real mistress Bella wants him to help her secure space for her fashions at the airport, but he’s worried 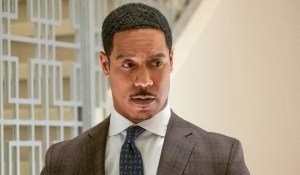 about how it will look. He later drops by her loft to declare they need to cool things off for a little while. Bella predictably freaks out on him, until he gets tipped off that Roderick, the pro football player she’s been seeing, is on his way up. Roderick is at the door before Evan can slip out, so he hides in a room. Roderick consoles Bella when she says she’s having a terrible day, which of course leads to sex that Evan is forced to listen to. Kind of serves him right though, no? When their tryst is over and Evan is finally able to make his exit, with tears in his eyes no less, Roderick lurks in the shadows watching him.

Stephanie’s got it handled 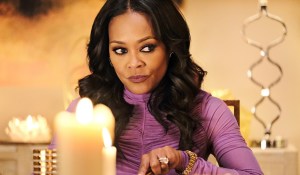 Stephanie finds Greg the developer at her law firm demanding to talk with her father, who is out of town. She tells him she has resources her father doesn’t know about, enabling her to secure Thelma’s Place for their development plans. Impressed for presumably more reasons than one, he says, “I’m starting to think I’ve been working with the wrong Carlisle.” She purrs for him to remember that when he wants something done, which we can only hope extends to more personal matters in the future.

Stephanie then works her feminine wiles on Evan’s father Senior, a.k.a. her father-in-law. (The woman has no shame and we love it.) Her main goal is to clue him in on how much money Rondell turned down for the restaurant that Senior actually owns – not Rondell. This, of course, causes friction between Senior and Rondell, which is exactly what Stephanie, who offers to help broker the sale, wants.

She’ll have a Manhattan 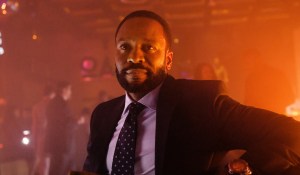 After Titus butts heads with an entitled Lori Purifoy, the daughter of the owner of the company he works for and who is also the head of PR, he runs into Stephanie at a jazz club. They order drinks (he remembers her signature cocktail) and reminisce (about study and non-study sessions at college). When he fantasizes about stroking her hair while she’s practically lying down in her seat, Titus bolts before their drinks even arrive. Once home, he and Amara engage in some humorously sweet scenes with their daughter who is home from school for a death metal concert looking like “Goth Black Barbie.” As they canoodle afterward, Titus tells Amara he’s ready to move on from the affair she had with Damian Collins in Birmingham. 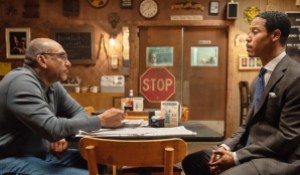 Upon Rondell confronting her brother about Stephanie’s interference in Thelma’s and Stephanie assuring her husband she has handled what he and her father couldn’t, Evan apparently has an attack of conscience. He meets with his father telling him not to sell the family diner just because he’s mad at Rondell. He assures Senior, who relays he’s really just worried about Rondell’s safety, that he has his sister’s back whether Thelma’s is sold or not.

More: Soap opera spoilers for the week of July 8

After scrolling through Lori’s alluring Instagram posts, Evan and Stephanie’s daughter Carly beelines it to the Purifoy heir’s place to tell her that while she might like women, she doesn’t like her – because nothing proves disinterest more than showing up unannounced at night to say you’re not interested. That, of course, leads to a make-out session and Lori assuring Carly she would never hurt her. Seems kind of out of the blue, but that’s a soap for you.

Finally, Stephanie, having gotten wind of Amara’s affair, heads to Birmingham to meet with Damian Collins!