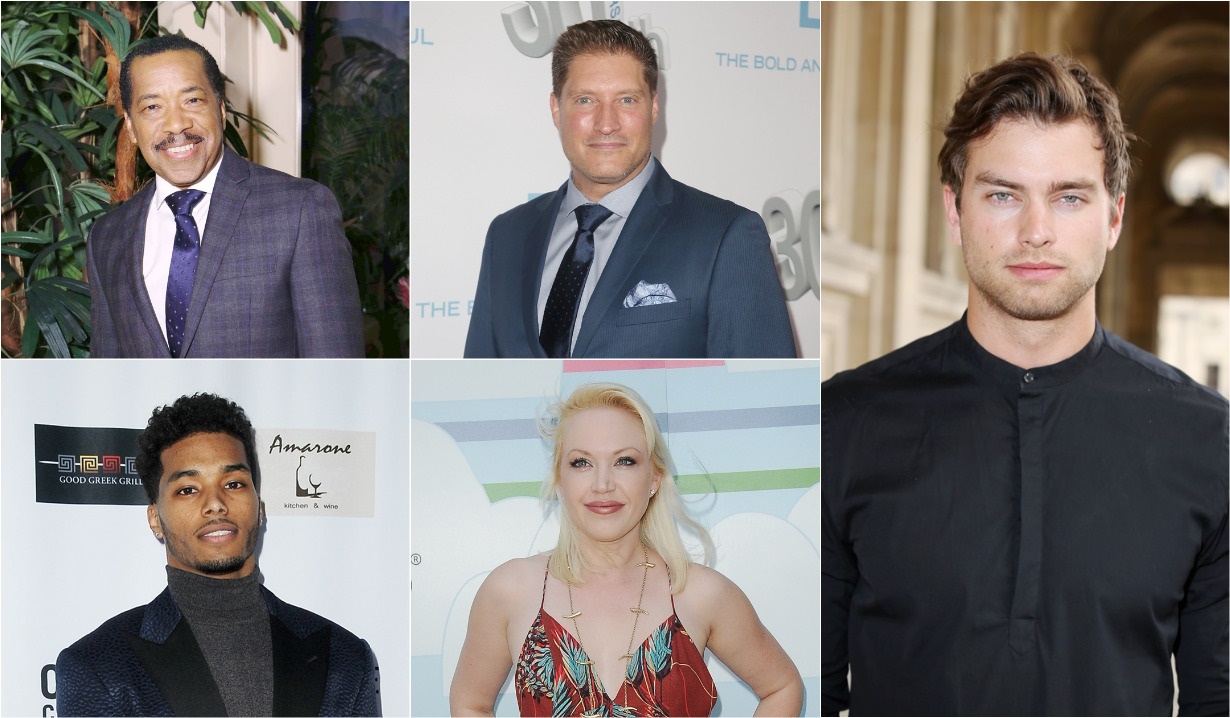 Bold and the Beautiful alums’ thrilling new projects and an award.

Soaps.com is happy to share the latest news and projects from several former Bold and the Beautiful actors ranging from a new television series and movies, to an award and a new book.

B&B alum Pierson Fodé, who played the role of Thomas Forrester from 2015 – 2018, has landed a new role on an upcoming CW television series entitled Glamorous. The actor took to Twitter to share the news with his followers and enthused, “The secret is out! I couldn’t be more happy to finally announce what I’m working on!” Glamorous tells the story of a driven and creative gender non-conforming teenager, Marco, played by Ben J. Pierce (Fuller House), who lands an internship at a cosmetics company after a YouTube rant about the firm. Brooke Shields (The Blue Lagoon, Suddenly Susan) is the founder and CEO of the company, and Fodé plays her son, Chad, a gay alpha-male type planning to step into his mother’s shoes. The pilot was produced by Damon Wayans Jr. (Happy Together, Let’s Be Cops) and CBS Studios.

Rome Flynn, who played B&B’s Zendé Forrester Dominguez from 2015 – 2017, attended the premiere of his new movie, A Madea Family Funeral, and shared a photo of the event on his Twitter page. Flynn plays Jesse in the latest Tyler Perry film, which features co-stars such as boxer Mike Tyson, Patrice Lovely (Love Thy Neighbor), KJ Smith (Lethal Weapon), and Ciera Payton, who appeared on General Hospital as Grace McMorris in 2017. A Madea Family Funeral will be in theaters on Friday March 1.

Actress Adrienne Frantz, who played Amber Moore on B&B from 1997 – 2012 (as well as crossing the character over to Young and the Restless during the years 2006 – 2013), is set to film a new horror flick with her real-life spouse, Scott Bailey. Frantz and Bailey co-starred in Maternal Instinct previously, along with Lifetime’s The Perfect Girlfriend. Their new movie, The Thing that Keeps You, is set in 1974 when a doctor and his associates arrive at the home of a widow who suffers from nightmares and hasn’t left her house in years. Frantz will play Caroline Davies, and Bailey is Martin Kadish. They will be joined by Trish Cook (Forsaken) as Abigail Hendricks, Spencer Trinwith (Veep) as Kevin Lowe, and Phil Todd (Pleasant Falls) as Walter Davies.

Bold and the Beautiful’s Obba Babatundé, who appears on a recurring basis as Julius Avant, was honored with a Lifetime Achievement & Hero Award from the City of New York and Queensborough president on Tuesday February 26. The actor posted a photo on Twitter and said, “Started my day with the amazing @NYCHealthSystem and @QueensHospital as their Key Note Speaker and recipient of The Life Time Achievement Award I am honored.” Babatundé also shared a tweet directed to him from Get Empowered regarding the award that said, “Family, NYC & people everywhere are continually elevated, inspired and empowered by you…and because of you!” to which the actor replied, “I am so humbled by this honor and expression of love.” Soaps.com congratulates Babatundé on receiving this honor!

The secret is out! I couldn’t be more happy to finally announce what I’m working on! #Glamorous
Huge congrats to @Miss_Benny ✨ excited to work together! pic.twitter.com/Lr4uffQFWz

So excited that ⁦@successfactorx⁩ will be available for presale in a few weeks. pic.twitter.com/fLP1IWlqn1

Started my day with the amazing @NYCHealthSystem and @QueensHospital as their Key Note Speaker and recipient of The Life Time Achievement Award I am honored. pic.twitter.com/jIyGS81RtV

I am so humbled by this honor and expression of love. 🙏🏾 https://t.co/wgsEkrioVu