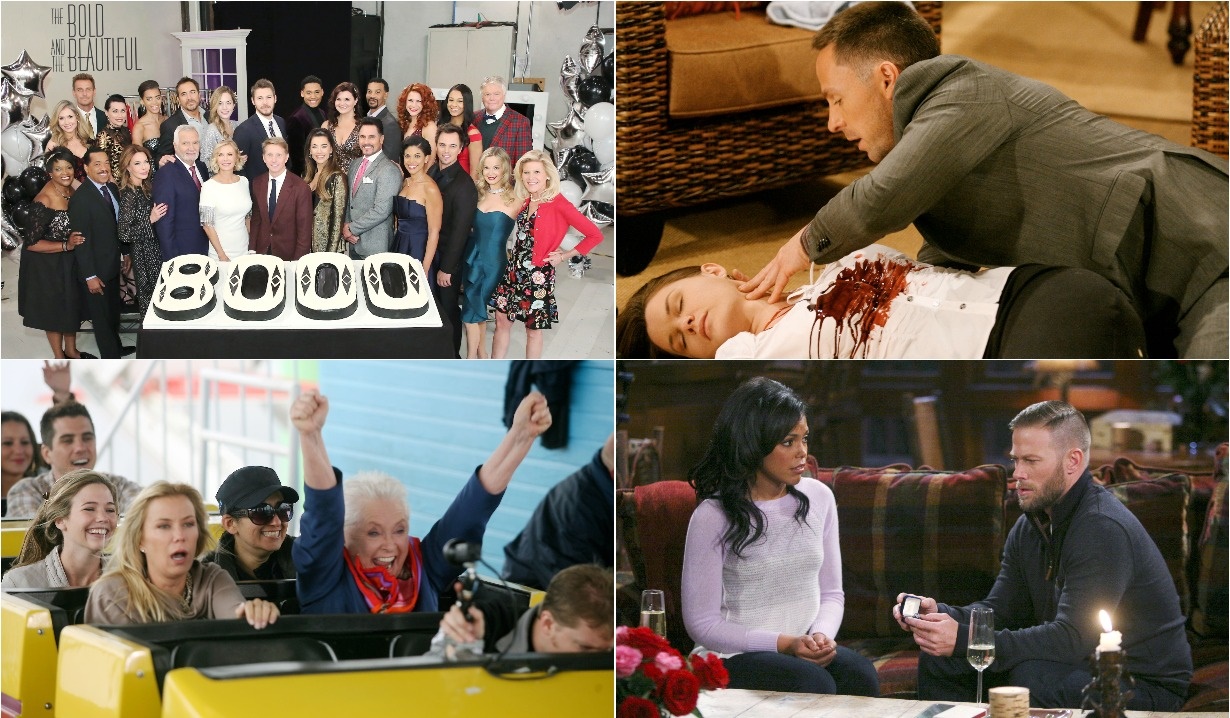 Soaps.com is excited to share that The Bold and the Beautiful will air its 8000th episode early in the New Year. As for what we can expect to see, in a press releases from B&B, executive producer and head writer Bradley Bell had a message for fans, as well as a big teaser. He said, “It’s astonishing to look at the script we’re working on today and see episode 8000. We’re grateful that you’ve allowed us into your homes for over 30 years. The 8000th episode is classic Bold and Beautiful drama. The story arc centers around an event so profound, it sends shockwaves throughout the lives of the Forresters, Spencers, Avants, Spectras and Logans for years to come.”

In honor of the milestone, Bell looked back over 8 of his signature storylines from the last 8000 episodes (from the press release):

1991: Fashion Designer Eric Forrester sweeps Brooke Logan off her feet with a lavish wedding in the Mojave desert; horseback rides through the rugged landscape and a breathtaking hot air balloon ride lead them to a luxurious tent, pitched in the wilderness, where they consummate their marriage.

1998: In a bed on the runway at Forrester Creations, Brooke premieres her lingerie line, Brooke’s Bedroom, seizing center stage as a powerful businesswoman, despite Stephanie Forrester’s searing disapproval.

2008: After a bullet pierces her heart, Katie Logan hovers between life and death. Katie’s tortured brother Storm, a heart transplant match for his sister, makes the ultimate sacrifice so that she might live.

2010: After a cancer diagnosis, Stephanie Forrester embarks on completing her bucket list. She loses a scarf while completing one of the items on her list, and her search for it leads her to Skid Row in downtown Los Angeles. There, she finds a community of people living on the streets who could use her help. Stephanie makes big changes to her life so she can make a difference in theirs.

2011-2017: Steffy Forrester becomes infamous for her unconventional wedding entrances each time she marries Liam Spencer. At Hope and Liam’s mountaintop wedding in Aspen, she swaps places with Hope by trapping her in a gondola. Steffy, wearing a mini-skirt & boots, appears at the altar instead of Hope. At their next wedding, Steffy arrives in a black lace gown, riding a motorcycle. In Australia, she zip-lines to the ceremony from the top of the Sydney Opera House.

2015-2016: Maya Avant’s younger sister Nicole confronts her about a secret Maya has chosen to keep – her gender at birth. When her boyfriend Rick Forrester proposes marriage, Maya discloses to him that she is transgender. Feeling betrayed, Rick initially ends their relationship, but soon realizes he truly loves Maya, and they are married. Eventually, they become parents thanks to Nicole’s willingness to be their surrogate.

2016: Desperate to give her son Wyatt Spencer a chance at romance with Steffy Forrester, Quinn Fuller kidnaps an amnesia-tic Liam Spencer (Wyatt’s brother and Steffy’s boyfriend), sequestering him in her remote cabin. To keep him from leaving, Quinn convinces Liam that they are husband and wife, named ‘Adam’ and ‘Eve’. Eventually Liam regains his memory and escapes, but it is too late. Wyatt and Steffy are already married.

2018: A mysterious intruder shoots ruthless billionaire Bill Spencer in the back, in the dark of night, leaving him barely alive. The LAPD launches an investigation to discover which of the many people who have it in for him is the culprit.

Soaps.com congratulates B&B on this impressive milestone. The 8000th episode will air on Friday January 4 2019 on CBS at 1:30 PM EST. Check your local listings and set your DVRs! 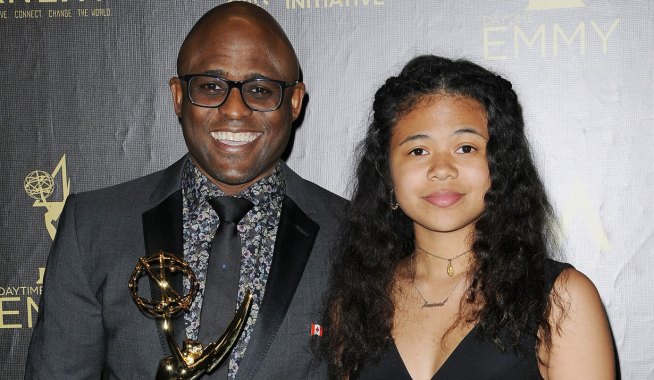 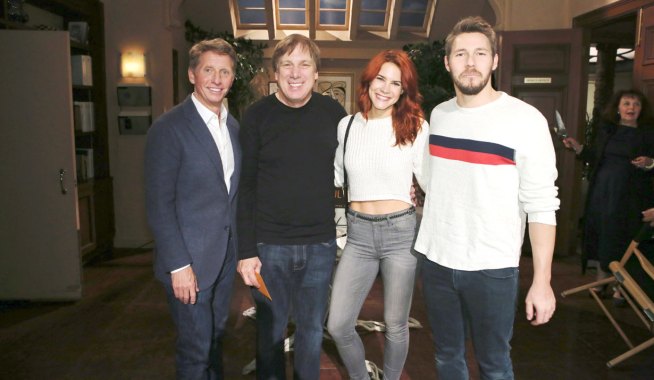