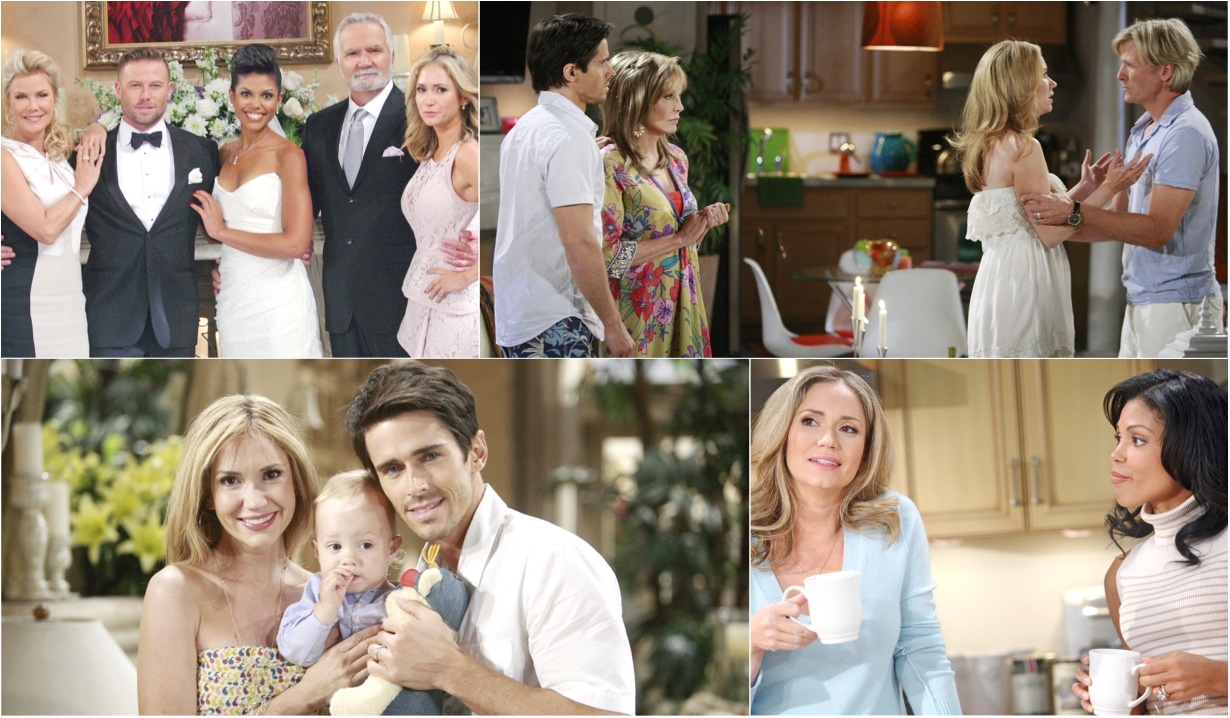 Soaps.com reported on August 2 that Ashley Jones will return to B&B for a special occasion involving her family (presumably her half-sister, Hope Logan’s (Annika Noelle) latest wedding to Liam Spencer (Scott Clifton)), so it’s a perfect time for a refresher on where Bridget has been, what she’s been doing, and her history leading up to her move from Los Angeles.

Ashley Jones has played the role of Bridget Forrester, daughter of Brooke Logan (Katherine Kelly Lang) and Eric Forrester (John McCook), since 2004. The character currently resides in New York City and works in her medical practice. She lives in an apartment with her son, Logan, and co-parents with Logan’s father, Owen Knight (Brandon Beemer). As one might expect on B&B, there was plenty of drama leading up to Bridget’s decision to move across the country.

Bridget was married to Nick Marone (Jack Wagner) when she had a one-night stand with Owen, who was comforting Bridget after she argued with her and Nick’s surrogate, Agnes ‘Aggie’ Jones (Sarah Joy Brown), and caused her to miscarry. When Bridget became pregnant by Owen and her dalliance was exposed, Nick divorced her, but Owen’s wife Jackie Marone (Lesley-Anne Down) was supportive. Bridget moved in with Jackie and Owen and gave birth to her son, Logan, in the Forrester family cabin in Big Bear with Owen by her side. Jackie gave up Owen so that he and Bridget could be together to raise their son, but Bridget realized it wasn’t meant to be and Owen returned to Jackie.

Eventually, Bridget made the move to New York, where she ended up living in close proximity to Jackie and Owen, so that Logan would have his father nearby. Bridget has only returned to Los Angeles for brief visits, including her brother Rick’s (Jacob Young) wedding to Maya Avant (Karla Mosley). On her last visit in February 2016, she spent time with her family, and revealed to them that while Jackie had left New York to travel the world, she and Owen continued to co-parent their son.