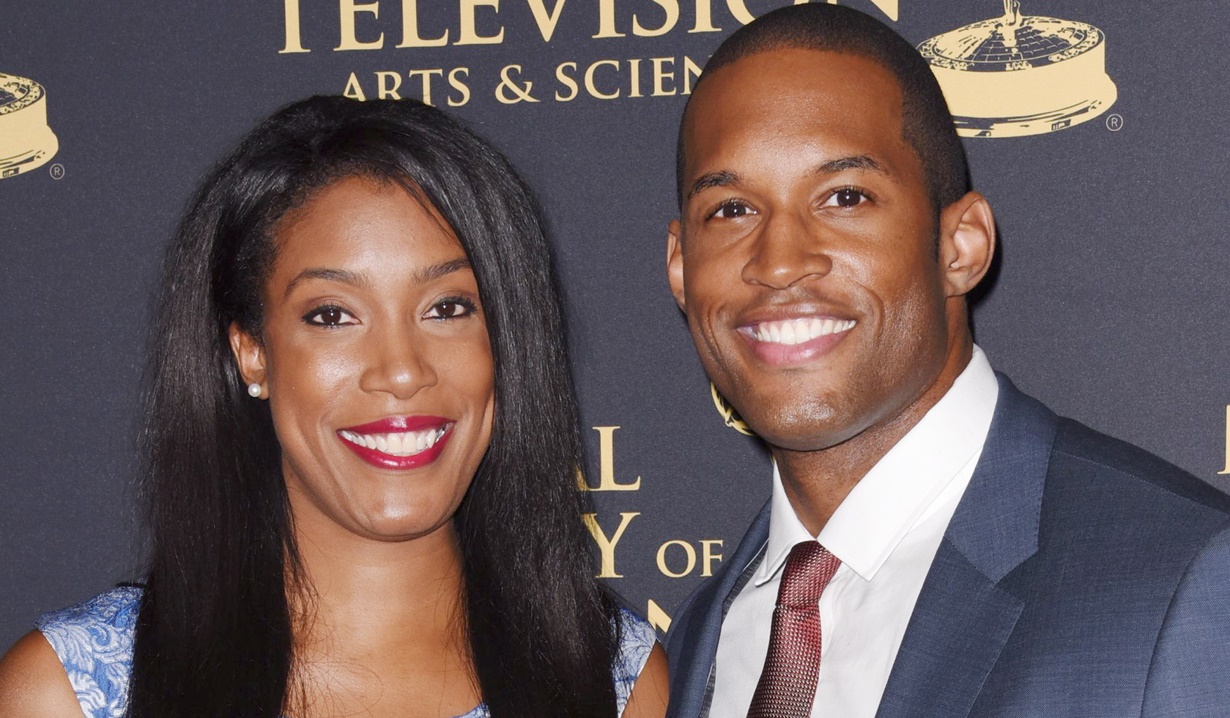 Updated September 3: Soaps.com sends Lawrence Saint-Victor and his wife our congrats on their new baby. The B&B actor not only celebrated his 11th wedding anniversary but announced that his wife gave birth to their son Christian Lavelle Saint-Victor on Tuesday August 21. “I celebrate 11 years of marriage with the love of my life, and this year on 8/21/18 I received the most precious gift I could ever ask for. My son Christian Lavelle Saint-Victor. #blessed.”

On June 11, Soaps.com learned that The Bold and the Beautiful actor Lawrence Saint-Victor along with his wife Shay, are expecting their first child together. Saint-Victor recently took to Instagram to share a photo of himself and his pregnant wife looking very happy and revealed that they will be welcoming a new baby boy into the world. The caption read, “@shaysaintvictor and I have been working on the biggest project of our lives!!! #itsaboy #superbaby #getitin”

Speaking of projects, Saint-Victor continues to keep busy in the acting world, having completed a short entitled The Treadmill this year, while he and B&B co-star Karla Mosley, complete work on season two of Web-Locked , the web series they created and star in together. In the meantime, Saint-Victor appears in a recurring capacity on B&B as Forrester Creations lawyer, Carter Walton. His most recent scenes involved being called upon to perform the ill-fated wedding ceremony of Hope (Annika Noelle) and Liam (Scott Clifton) at Brooke’s (Katherine Kelly Lang) house.

Lawrence Saint-Victor married Shay Flake on September 1, 2007. In a 2013 interview in Essence entitled, Making It Work: ‘I’m Married to a Soap Hunk’, Shay Saint-Victor described how she met her husband while both were in college for acting and recalled, “It was definitely an instant friendship. We felt like we knew each other.” She added, “It quickly became undeniable that we were the ones for each other.” As for being married to a sexy soap star, Saint-Victor pointed out that women have always had an eye for her husband, but explained, “It’s on another scale with him being on television though. At first it was strange, especially when women would come up to me to talk about him, but I just feel really secure with him. That’s why we’re so good together. I don’t feel afraid.” She also addressed the question of having children in the article, and said, “I just really want to feel extremely settled in what I’m doing career-wise. My mother was such a great mother and I know that’s a big job. I really want to be there for my child when that time comes.”

Soaps.com extends congratulations to Lawrence and Shay Saint-Victor and wishes them all the best.

Today I celebrate 11 years of marriage with the love of my life, and this year on 8/21/18 I received the most precious gift I could ever ask for. My son Christian Lavelle Saint-Victor. #blessed ❤️?

@shaysaintvictor and I have been working on the biggest project of our lives!!! #itsaboy #superbaby #getitin