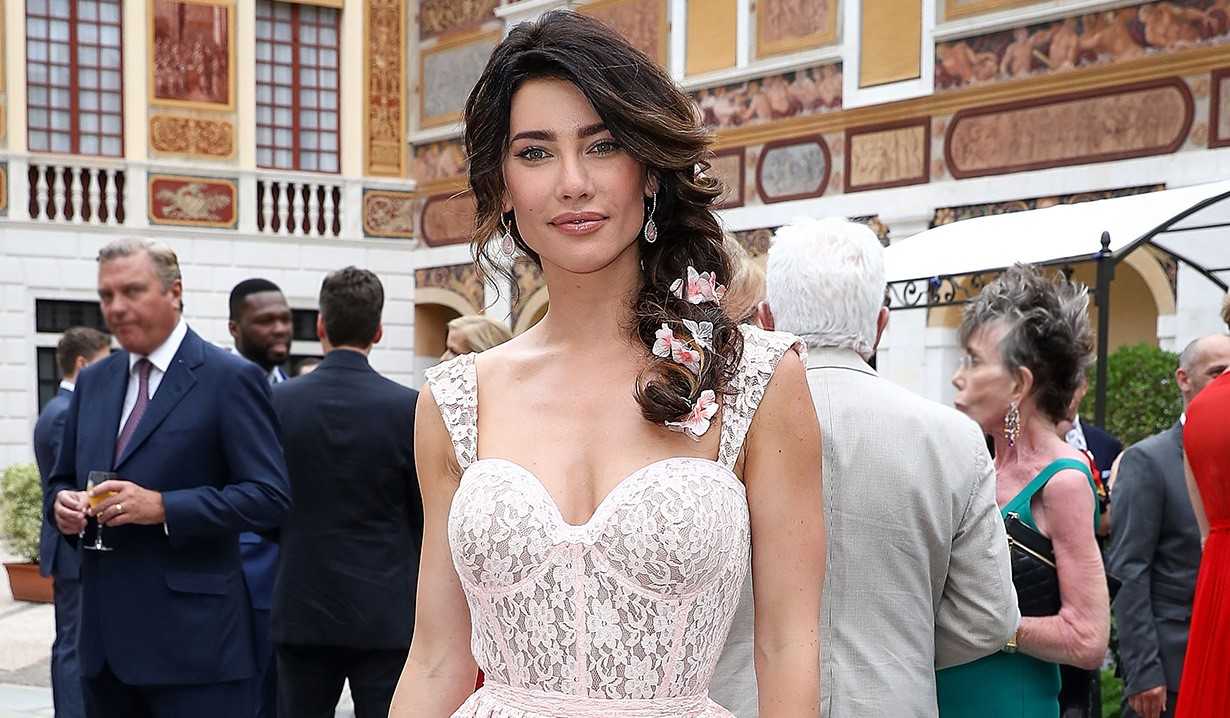 Actress comments on memorable co-workers, past and present.

The Bold and the Beautiful’s Jacqueline MacInnes Wood spoke with Soap Opera Digest about her recent milestone of playing Steffy Forrester for ten years on the soap opera. Reflecting back to her start on the show she felt like she was, “Treading water for the first month… It took time to be able to memorize [lines] so quickly. I never worked like that before, and you’re trying to figure out the history of your character on top of all that… Those three months, I probably blacked out.” She recalls when she first started out she was filming with Hunter Tylo (Taylor) and Ronn Moss (ex-Ridge), but it was Susan Flannery (Stephanie) who put a little fear into her because she was so well respected. Wood knew that, “If I didn’t do a good job, she’d call me out.” They hit it off and Wood notes, “She reminded me so much of my grandmother. I gravitated toward her for many reasons.” The show recently revived the Steffy and Hope rivalry, of which Wood says she was, “Excited when I heard about it.” Recently Annika Noelle took over the role of Hope Logan and Wood says of her co-star, “It’s tough going when someone [else] played that role for so long, but she is so sweet. She’s so kind, and we play well with each other. She offers something totally different. I feel like she fits. It’s been fun to see someone breathing fresh air into the character.”

When asked if she’s ever received a shocking script, Wood said yes, but they weren’t ones where she was accidentally killing someone or having sex with someone shocking. It’s when she opens her scripts and sees, “Steffy still try to beg for somebody. It’s like, ‘Come on, girlfriend, move on! Get over this!’ I just want to tell her, ‘You’ve groveled enough, get over it!'”

Tawny Kitaen: 5 Things About The ‘Bachelor Party’ Actress Dead At 59

Performer of the Week: Billy Porter