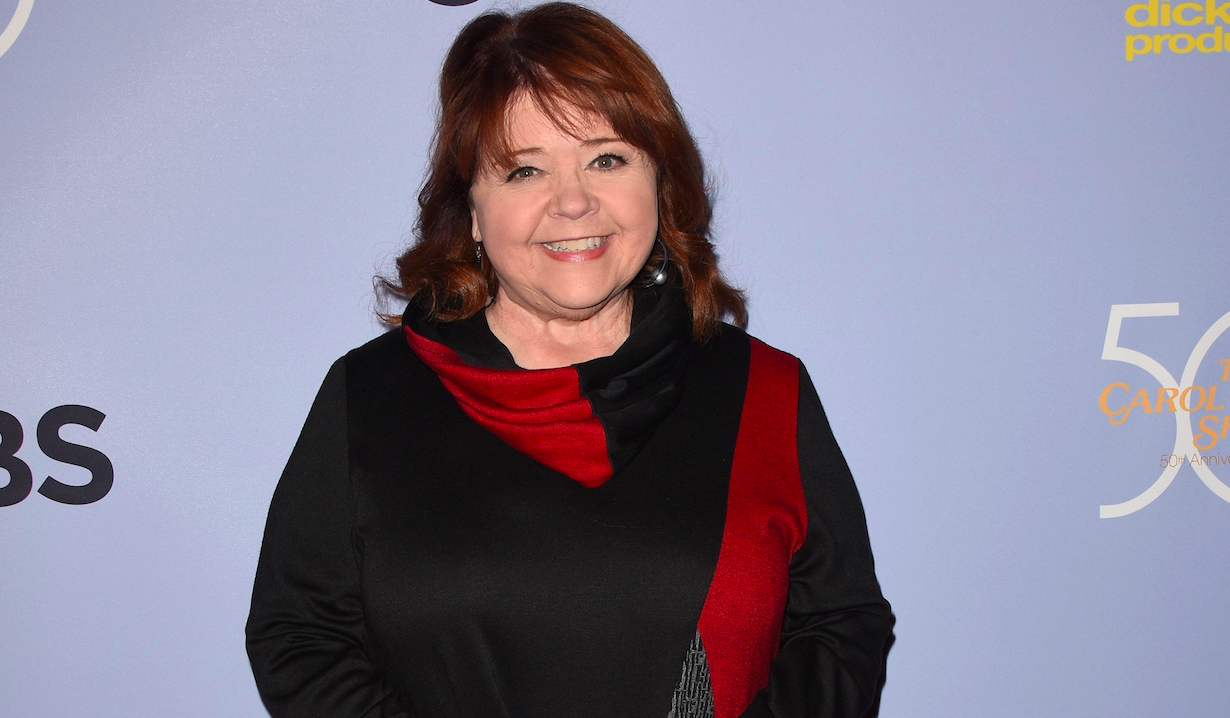 The actress is a passionate advocate for soap operas.

Patrika Darbo (Shirley Spectra, B&B, ex-Nancy Wesley, Days) is set to host the 9th Annual Indie Series Awards, which honor independent series created for the web, on April 4. Not only will Darbo host, but she is nominated for three awards: Best Guest Actress in a Comedy for Indoor Boys, which stars Alex Wyse (Saul Feinstein, B&B), who also co-wrote and directed the series, and Best Guest Actress in a Drama for both Ladies of the Lake and The Bay. Soaps.com recently talked with Darbo about her roles in the indie series, her upcoming hosting gig, and her work in daytime.

Soaps.com: We recently learned Courtney Hope is leaving B&B as Sally Spectra. Is that the case for the whole Spectra gang?

Darbo: Yeah. The Spectras are gone. At least for now. Who knows? The audience has the power to bring us back. If Brad [Bell, executive producer, head writer] finds enough audience for us, then maybe he’ll find a way to find a good storyline for us. You know what? We had a wonderful year. He wrote great stuff for us. The show’s been around for a long time, a lot of people come and go, so we could come and go too. It’s always good to know you have a place to go back to at some place and time.

Soaps.com: Do you still have episodes yet to air? Darbo: I believe Saul and myself, our last episodes aired about a week ago, and I don’t know if Darlita [Danube Hermosilio] is coming back or not. You know, Courtney Grosbeck who plays the youngest granddaughter CC, she has a recurring role on Homeland, so she’s probably back and forth to New York. [The thing about soaps,] people always go, ‘Oh, they’ve been there so long they can’t do anything else.’ You know, take a look around. Soap operas breed and get people together, that’s not the word I want. They say to breed and school us on moving out of there. You look at Academy Award winners who started on a soap, big time Emmy winners who started on a soap. So, Courtney is a perfect example. Both of them. She’s going to Finland to shoot something, that’s Sally/Courtney, she’s on the way to shoot something in Finland, and little Courtney is doing Homeland, as I said, I’m hosting a show, got three nominations. We’re all working actors and we’re very blessed along that line.

Soaps.com: Is there any chance we’ll see you pop up on Days again?

Darbo: If they asked, I’d be back in a heartbeat. I think that Nancy Wesley, who didn’t raise Chloe Lane [Nadia Bjorlin], but she did raise the sister Joy, Joy and Nancy should make an appearance. I think my daughter, the second daughter, would be a hellion and give a few people a run for their money. And I’d still want to get even with Kate [Roberts, Lauren Koslow] for all the things she did to my daughter. [laughs] Listen, it was a great time. I’d go back in a heartbeat. Love everybody there. Darbo: Thank you very much. I’m very thrilled about the whole thing. First of all, just to be a working actor and then to be acknowledged by my peers is even better. So, I’m very grateful.

Soaps.com: What does it feel like competing against yourself in one of the categories?

Darbo: It’s kind of like you go, ‘I guess whoever is competing against me probably has a better shot because I could split the vote.’ But you never know. I’ve done such good shows, and I feel like good work, that I’m grateful for that. I’m hoping everybody just gets to do it. This is kind of what I feel is the future of our business, that more people get onboard and realize you can create your own stuff and there are people out there that watch it and can acknowledge it.

Soaps.com: There are so many other soap actors in Ladies of the Lake and The Bay. Is that part of the draw of doing them as well?

Darbo: I think it’s wonderful, because you know, less than ten years ago there were like 18 soaps on the air, on the network, [There were eight daytime soap operas airing on network TV in 2008, nine if you include Passions on DirecTV] and now there are only four left. So, when you have Y&R and B&B on CBS, General Hospital on ABC, and Days of our Lives on NBC, it’s kind of like the powers that be, for lack of a better word, have decided that soap operas, which were once the bread and butter of the network, do not exist or are not important anymore. I think when you look at the ISA awards, that are in their ninth year, and the Daytime Emmys that still do things, the fact that the Primetime Emmys, the Academy here on this coast, created the short form, which is where I won my Emmy, the genre is still here. It’s still viable. It’s still an important part of our business and I think they’re missing the boat.

Soaps.com: Absolutely. And I feel like primetime is filled with soap operas too. They’re just at night time and there’s a distinction for some reason.

Darbo: It is kind of confusing because the night time is still a soap opera, whether you’re watching Blue Bloods or you’re watching any of the Shonda Rhimes fabulous shows, they’re continuing serials. They last for 22 weeks and they’re over, whereas some of our shows I think Y&R is celebrating its 50-something year today or 45th year, The Bold and the Beautiful is celebrating its 31th year on Friday. Days of our Lives just did it’s 50 … I mean, they’ve been around a long time. They’re not leaving, except when the networks say no, but they always find a new place to go. With the Amazon Primes opening up, The Netflixes opening up, Hulu, all these other platforms, it’s here to stay.

Soaps.com: Speaking of that, your shows I believe are both filming their next seasons, Ladies of the Lake and The Bay…

Darbo: Ladies of the Lake, I just finished that second season. I think they’re in post right at this moment. The Bay is … I talked to Gregori [J. Martin, creator], he is in the process now of gearing up, getting all the scripts written and then they will start shooting probably, I would say, mid-summer or early autumn, somewhere around there he’ll probably be ready to do that. Depending on what happens with Ladies of the Lake, they’ll probably look to do a third season too. Indoor Boys is already doing their second season. They’re shooting back east this time because one of the writer/producers [Wesley Taylor] is in the SpongeBob show on Broadway and Alex Wyse, who is on The Bold and the Beautiful with me, he’s going back there to start filming the second season with them, and of course he’s a Broadway baby too.

Soaps.com: Will you make an appearance in the second season of Indoor Boys? Darbo: I don’t think I’ll be in the second one, but they said when they come back to L.A. for the third one, I’ll be in it. I’m their crazy favorite neighbor. It’s wonderful.

Soaps.com: I just watched it. It’s a fun show.

Darbo: Well, you know, it’s interesting, it offers this, the new medium … [it offers] so many opportunities for different stories, different ways to tell a story, how to tell a story. For me, as an older actress, I’m nominated three times. That kind of says to the industry, I may be old, but I’m not dead. I still have a place in this business. It’s not always, always about the kids and the millennials, so to speak. They have to have parents and people that are secretaries, doctors, lawyers, that have a little bit of age on ’em. I get on my soapbox a little bit about that. It’s like, don’t forget, we’re still here. The best part about that is we have the money. [laughs] We have the money. We can buy the products you’re selling so you better cater to us a little bit.

Soaps.com: You’re also hosting the awards show. Have you served in that capacity before?

Darbo: You know what? I have not been totally a host before, but I’ve kinda worked and done things like that, and it’s a little scary to me at first because it’s kind of like when I did stand-up. When you’re doing stand-up, you don’t have a character to hide behind, and when you’re hosting like that, you don’t have a character to hide behind … It’s a little scary along those lines. I think anybody that does that, kind of realizes that if things don’t go well, I’m the one in charge. So even though I’m not writing it, I’m just coming out there and saying it and talking. I’ve never had a problem talking so… [laughs]

Soaps.com: Are you giving an opening monologue?

Darbo: They haven’t even really told me. It’s kind of like two weeks away, I guess I should find out if I’m going to do something of my own. I think they know me pretty well, whatever they ask me to do I’ll talk about it. I know they were writing it and they were going to get a script to me as soon as possible, but you reminded me that I should get on the ball with what’s happening with that because my calendar is kind of full trying to figure out where, when, how and whatever I’m doing. In the meantime, I’m auditioning for other stuff. I have two auditions this afternoon. So, it’s like, come on folks, get me what I have to have now.

Darbo: You know what? It keeps us going and it’s good to be busy.

Look for a live stream of the ISA red carpet on Facebook and for the ceremony to be uploaded on the same page, as well as on YouTube. Have you watched Patrika Darbo in any of her three indie series? Want her to stay at B&B or return to Days? Tell us below! 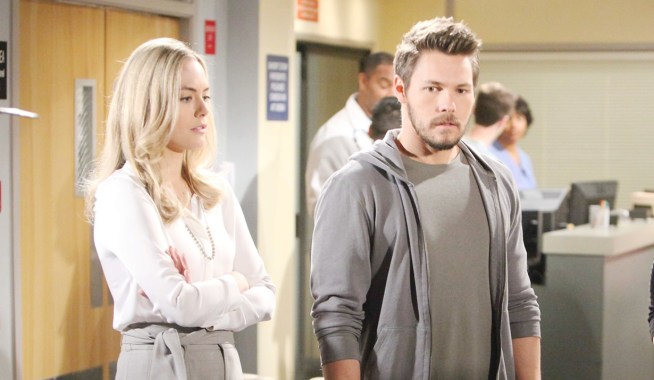 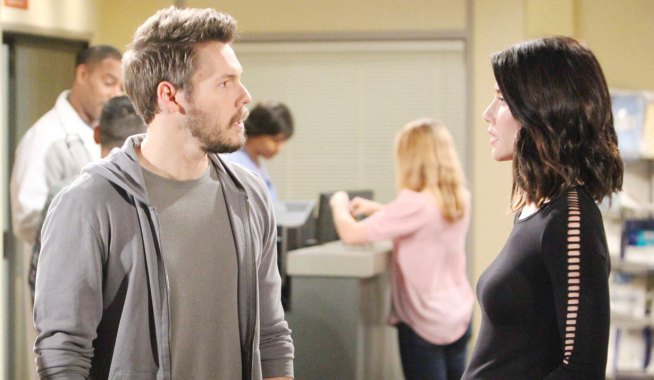