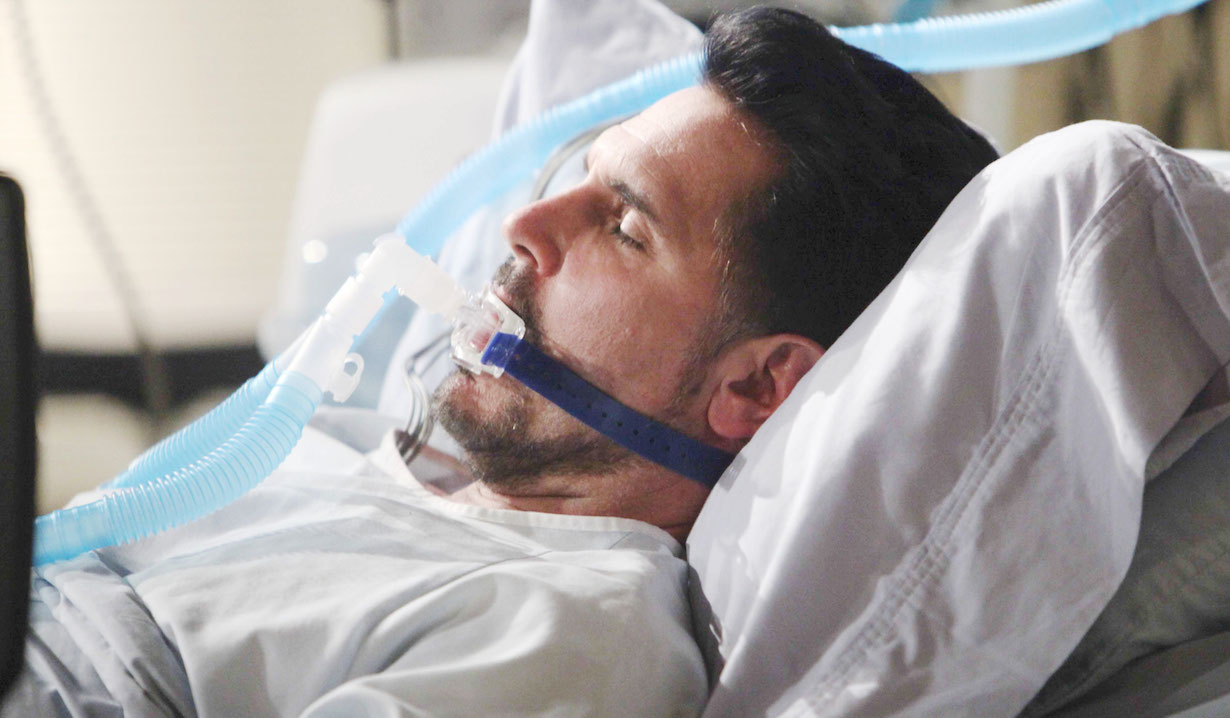 Detective Sanchez closes in on an arrest.

The mystery of who shot Bill Spencer on The Bold and the Beautiful is in full swing. But while it is being interrupted this week due to March Madness, that isn’t stopping B&B from amping up the suspense with a video recapping the storyline. Join Soaps.com as we share the newly released video and mull over the suspect list.

There are many who wanted to see the smarmy $Bill pay for his various misdeeds. The video flashes clips of half the cast – Ridge, Sally, Quinn, Rick, Wyatt, Liam, Justin, Caroline, Sheila and Jarrett – either vehemently voicing their displeasure with the man or straight up threatening him.

There’s even a recreation of Katie’s 911 call and a fake news station running their “top story” on the shooting. At the end of the video is a voiceover of what sounds like Detective Sanchez arresting someone “for the attempted murder of Bill Spencer.” It is followed up by a breathless woman gasping, “What?!”

Who do you think shot Bill? Ridge for his many reasons, but mostly because he believes Bill took advantage of his daughter Steffy? Bill’s betrayed sons Wyatt or Liam? Caroline, because he convinced her to lie to Thomas, thus ruining their future together? Sheila, because, well, she’s Sheila? Sally, because Bill has been hell bent on destroying her fashion empire? Or any of the other various characters who have come out of the woodwork to want to see him dead, like Jarrett, or even Bill’s trusted friend and associate Justin?

Or could it be someone viewers least suspect? Steffy? Charlie or Pam? Little Will? Tell us who you think shot Bill in the comments below.