Morgan Fairchild Interview on her role on Bold and the Beautiful 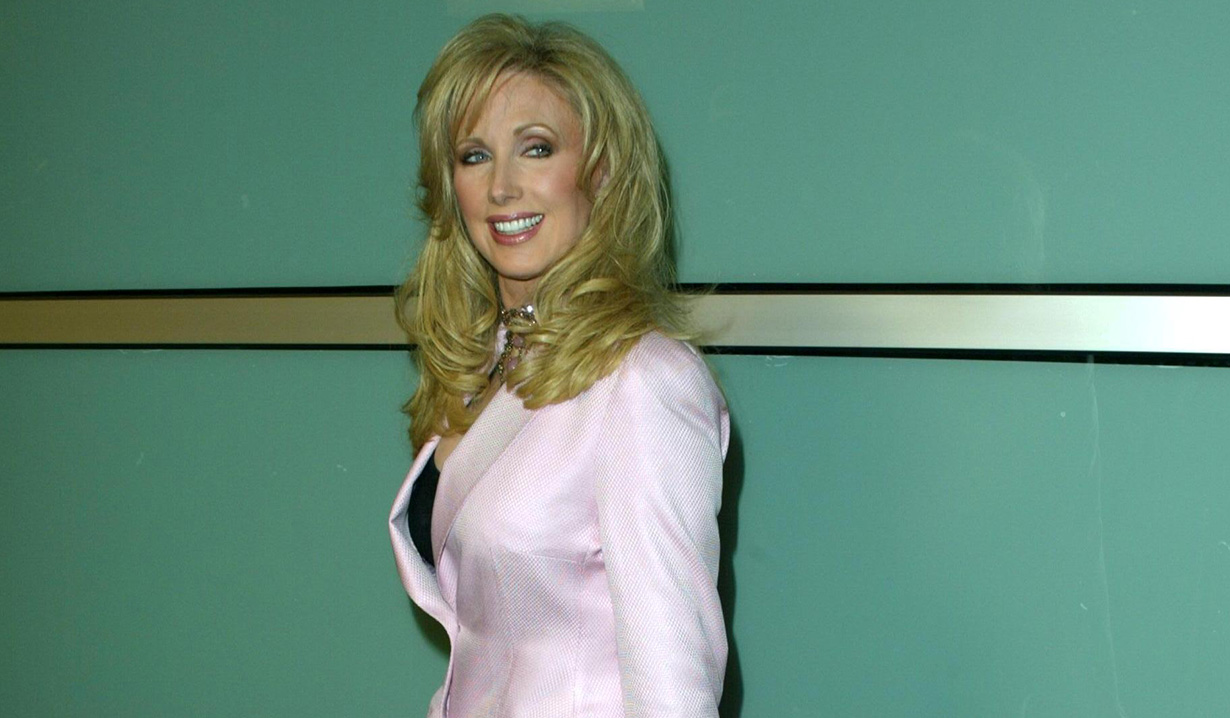 Morgan Fairchild talks about her return to daytime!

Morgan Fairchild clocks in at “Bold and the Beautiful” as Stephanie’s pal Dorothy and inspires a dueling fashion showdown between Forrester and Jackie M!

“Dorothy’s wants to do a big charity fundraiser, so her objective is to get this fashion showdown in play,” sets up Fairchild. “I’ve survived here in Beverly Hills for years, so I’ve dealt with this lady many times and I know how this works. They’re pushy broads, always trying to find something new, novel and fun to sell tickets on.

“She hits up on this idea of getting these two acrimonious rivals to do a fashion showdown – I kept telling them they should call it a ‘smack down,’ but they wouldn’t go for that. She knows it will sell tickets for her charity.”

Of course, first Dottie is to convince the powers that be at both fashion houses to accept the challenge in time to make it happen…

Soaps.com isn’t sure how it comes together, but Fairchild did shoot a showdown, along with “Celebrity Judges” Jim J. Bullock (Sergei), Alan Thicke (Rich Ginger) and Melissa Rivers (herself) and America’s Next Top Model turned “Jackie M model” Samantha Potter.

“It’s always fun doing the fashion stuff, because everybody’s done to the gills and you sit around and admire everyone all day,” raves Fairchild. “All the girls looked lovely and the fashions were great, but they couldn’t feel their feet, because they were corseted in so tightly, according to them. I don’t want to spoil the surprise about Jackie’s outfit, but it will be quite scandalous, I’m sure!”

As much as Fairchild enjoyed the effort, she has to admit it was exhausting to shoot until almost midnight. “I’m in the audience and then I have speeches, so I was on my feet,” she recalls. “By the time we did my second speech, I didn’t know if I was going to be conscious enough to remember it.”

She delivered, of course, and was back for scenes with the cast first thing the next day.

Needless to say, hard work won’t stop this vet from returning – It might even be what inspires her!

“I thought it would be fun to come in and do all the glam, fashion show stuff and skip town again, and if they had something else, some little thing for me to do, it would be fun to come back,” she says, “Alan Thicke told me he’s come back a few times, doing the same character. It seems like the kind of show that’s always looking for something fun and innovative. They’ve been here and been such a hit for so long: It’s not because they don’t know what they’re doing!”

The same can be said for this veteran actress. As soap fans may recall, she also starred on “Search for Tomorrow” and “The City” back in the day.

“When I started on Search, in ’73, it was a half hour and it was live to tape,” she marvels. “Unless the set fell in on you, you were not stopping. I learned a few tricks that the older actors taught me on how to get a retake if I wanted one, which are probably unprintable! It was a great experience for a kid starting out.

“When we were doing ‘The City,’ I’d have 18 to 25 scenes a day,” she continues. “It’s hard and if you don’t have actors that are serious about it, that’s a killer. There were a couple of kids I had to take aside. I told Susan Flannery (Stephanie), ‘Honey, I hear you’re tough on these kids: you and me both!’ We are cut from the same mold. We’re old school. We had fun.”

If Fairchild returns for more fun with “B&B,” she wouldn’t mind having a younger love interest, like Jackie. Just be sure you don’t call her a “Cougar”!

“Older woman/younger man is great: I just hate the term ‘Cougar,'” she sniffs. “As a woman, I find it demeaning. What is the reciprocal for a guy? ‘Letch?’ I enjoy the whole concept of women not being limited to someone older than they are, which is the way it was before. It’s great that those norms have become passé [and] age isn’t a restriction. On the other hand, you see some of the women and think, ‘What do you talk to him about? He doesn’t look that bright…'”

Fairchild airs with a host of other guests, including “Celebrity Judges” Jim J. Bullock (Sergei), Alan Thicke (Rich Ginger) and Melissa Rivers (herself) and “Jackie M model” Samantha Potter, on August 10, 11, 13 and 14.

The Bold and the Beautiful Video Clip Preview: Brooke Forges Ahead!

Behind the Scenes Video Clip of The Bold and the Beautiful!