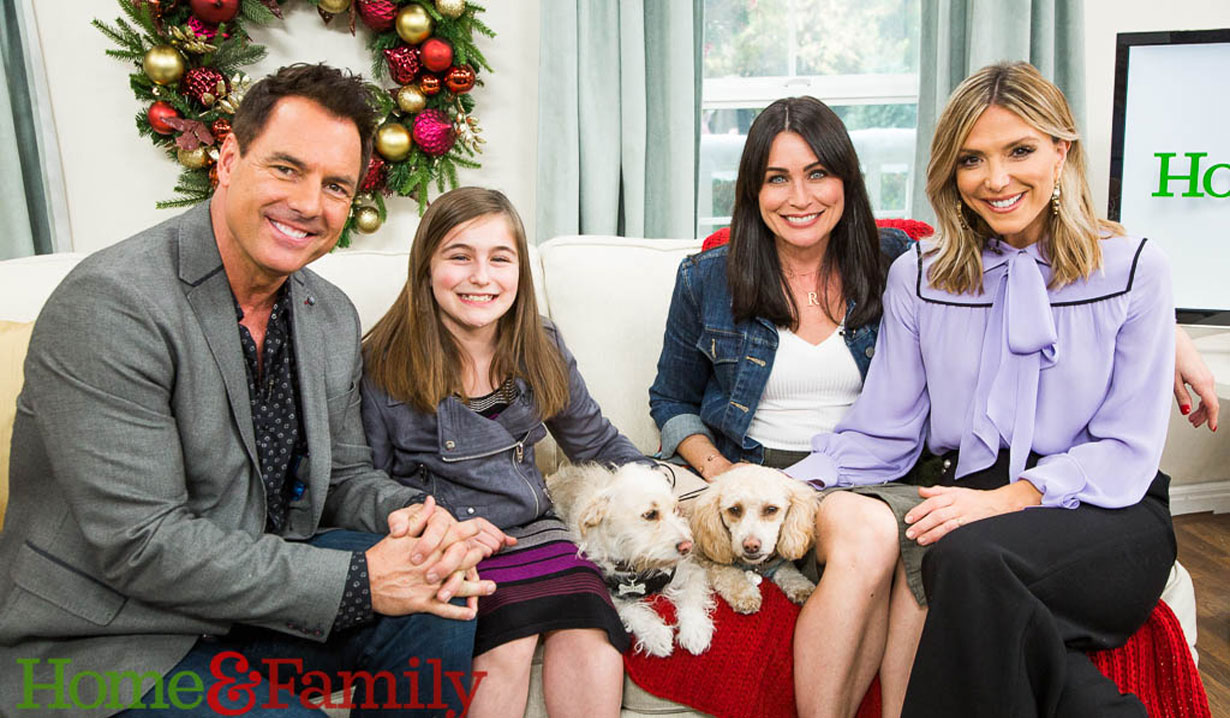 Soap actress’ daughter and adopted pets join her on TV.

Soaps.com has learned that actress Rena Sofer, who plays Quinn Fuller Forrester on “The Bold and the Beautiful,” will be appearing on Hallmark Channel’s “Home & Family” today, Tuesday November 21. Sofer, who recently wrote a political column speaking out against Donald Trump, will be on the talk show to promote her “B&B” role and storyline as the annual Forrester Thanksgiving approaches with her alter-ego, Quinn, playing hostess this year, as well as the Paw Parent organization.

Sofer’s puppies helped her mend from a broken ankle, and both of them, Alfie and Mega, were adopted through Paw Parent in Lancaster, California. Paw Parent is an all-volunteer, non-profit, no kill, all breed, domestic companion animal rescue organization dedicated to placing homeless dogs, cats, puppies, and kittens in permanent, loving, responsible homes. Their mission is to rescue and provide safe, responsible care for homeless, abandoned, and abused animals. Donations can be made and adoption information found on Paw Parent’s official website.

The actress took to social media to promote the appearance, where she revealed through photos that her daughter, Avalon, will be joining her on “Home & Family,” in addition to her pets. She also shared a photo of herself and Avalon with Marcel Vigneron from “Top Chef,” who they got to meet on set, with the caption, “I got to totally fan girl out on @marcelvigneron from #topchef and I was soooo excited!” Vigneron was the runner-up in the second season of “Top Chef,” competed in “Top Chef All-Stars,” and appeared on The Food Network’s “The Next Iron Chef” in 2012 and on their “Superstar Sabotage: Heat 2” episode of “Cutthroat Kitchen” in 2014.

“Home & Family” airs on Hallmark Channel at 10:00 AM EST. Check your local listings.

Please watch me on @homeandfamilytv on 11-21 I’ll be promoting #boldandbeautiful on @cbsdaytime and also Pawparent.org to remind everyone to #adoptdontshop you will see #alfieandmega and my beautiful Avalon!!!

I got to totally fan girl out on @marcelvigneron from #topchef and I was soooo excited!!! @homeandfamilytv 11-21 #boldandbeautiful @cbsdaytime