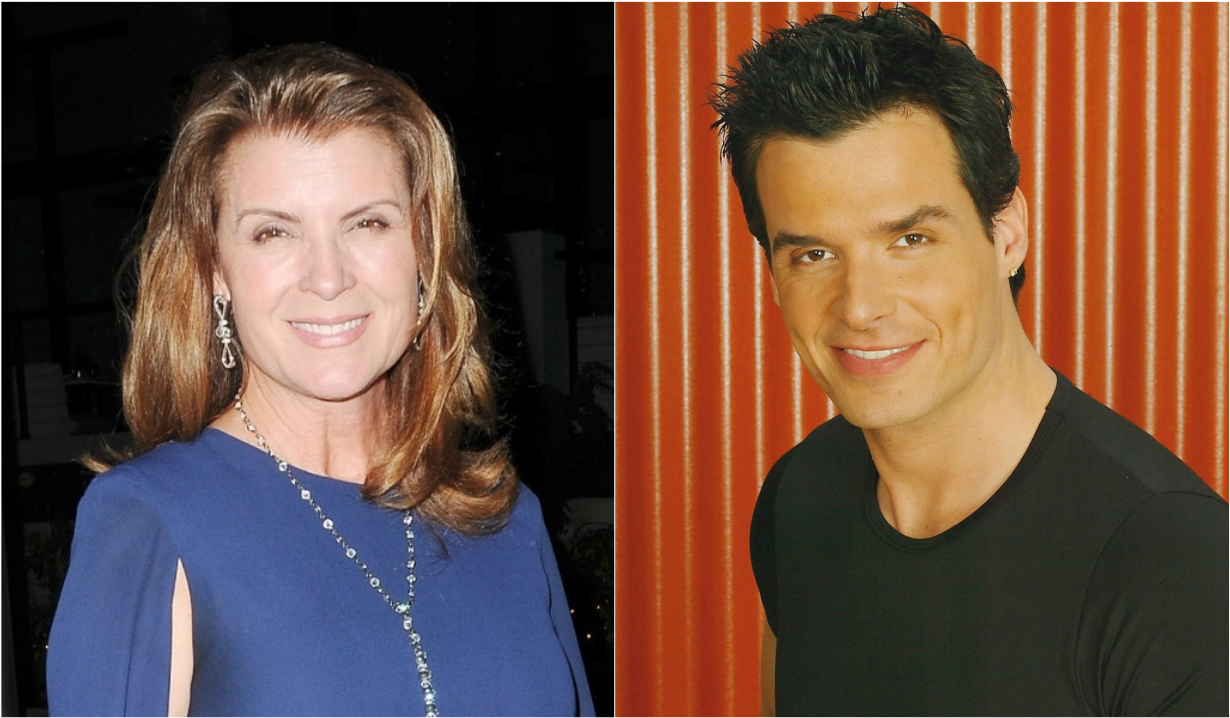 A soap opera actress willing to leave her career behind.

Updated November 7: Soaps.com has learned that B&B alum Republican Kimberlin Brown Pelzer (Sheila) was defeated by Democrat Raul Ruiz on her Congress run for California’s 36th District in the U.S. House of Representatives by an early report of 44,695 to 33,892. Fellow B&B alum Republican Antonio Sabato Jr. (Dante) lost as well for the U.S House District 26 over Democrat Julia Brownley by an early count of 96,489 to 65,894. Of the outcome, Brown Pelzer stated, “I have been making efforts to contact Raul Ruiz since 7am. I want to congratulate him on his victory last night. I can only hope that he moves forward by representing all the voices of our wonderful district,” with Sabato expressing, “Thank you to all my supporters who stood by me throughout the campaign. We fought hard and I’m truly grateful for my team of volunteers & my entire community of amazing people, really Amazing!! ”

On June 6 we reported that after results from yesterday’s votes, B&B actress Kimberlin Brown Pelzer will advance to November’s midterm elections, along with U.S. House member Raul Ruiz, according to reports from The Desert Sun. From there, Ruiz and Brown, who’s a Republican, will battle it out to represent California’s 36th District in the U.S. House of Representatives. Brown Pelzer earned almost 23 of the votes behind Ruiz with nearly 55 percent. Others who ran earned between 4 and 8 percent. Yesterday, Brown posted a video on Instagram stating, “Get out and VOTE! Polls are open until 8pm tonight, let’s Make California Great Again ?? #TeamKimberlin #CAPrimary.”

Of her position, Brown stated, “It feels amazing. I’ve worked really hard to get to where I am today and my hard work and the support I’ve received from the community has paid off. Running against an incumbent is a whole new ballgame and not being a professional politician it’s especially a whole new ballgame.”

We reported on December 18 Kimberlin Brown has posted a video to support a repeal of California’s Gas Tax and stated, “We need to repeal the California Gas Tax! We are over taxed, we are overburdened and I’m doing something about it now.” On November 1, California’s excise gas tax increased 12 cents per gallon to 41.7 cents. It increased from 20 cents per gallon to 36 cents for diesel fuel with the sales tax rising from 9 percent to 13 percent (plus local taxes).

On October 10 Soaps.com learned that The Bold and the Beautiful actress, Kimberlin Brown, who plays the iconic villainess Sheila Carter, plans to run for congress in California’s 36th district. Brown, who spoke at the Republican National Convention last August as a representative of California’s Businesswomen for Trump, took to social media to announce her decision to run for office. On her campaign website, Kimberlin for Congress, Brown seeks donations, and shares this statement, “For the first time in the history of our great country, we are not leaving something better behind for our youth. Though I’d be walking away from a very lucrative business and career, it’s a move I’m willing to make, to make a difference. I’m not looking to be a career politician. I will get out when I’m no longer effective.”

Brown, who lives in Palm Springs with her husband, Gary, “strongly believes that the district has not been effectively represented and that her diverse track record of successes will enable her to be a principled and effective, results driven leader in Congress,” according to her campaign site.

The idea of Kimberlin Brown walking away from acting may not be happy news for fans of Sheila, who is currently entertaining viewers in a front burner storyline that involves the infamous schemer working with a new ally, Mateo (Francisco San Martin), to break up the marriage of Quinn (Rena Sofer) and Eric Forrester (John McCook) in hopes of reuniting with her former husband. Brown’s unexpected return to B&B in June was a huge hit with soap fans who had watched her character wreak havoc on both B&B and sister soap, The Young and the Restless, off and on since 1990.

I have been making efforts to contact Raul Ruiz since 7am. I want to congratulate him on his victory last night. I can only hope that he moves forward by representing all the voices of our wonderful district.

Thank you to all my supporters who stood by me throughout the campaign. We fought hard and I’m truly grateful for my team of volunteers & my entire community of amazing people, really Amazing!!

To all of our fabulous supporters who worked tirelessly to get out those calls in our final hours my many, many thanks.  We could never do it without you. Remember, together we are strong. ??

Election Day is here! I encourage everyone to get out there and vote in today’s primary election, I would be so honored to earn your vote. With your support and vote, I can go to Washington D.C. to fight for you! ?? #VoteKimberlinBrownPelzer #TeamKimberlin #CAPrimary

We need to repeal the California Gas Tax! We are over taxed, we are overburdened and I'm doing something about it now.

I just announced I’m running for Congress in CA-36! Please visit my website and share with friends! http://kimberlinforcongress.com #TeamKimberlin