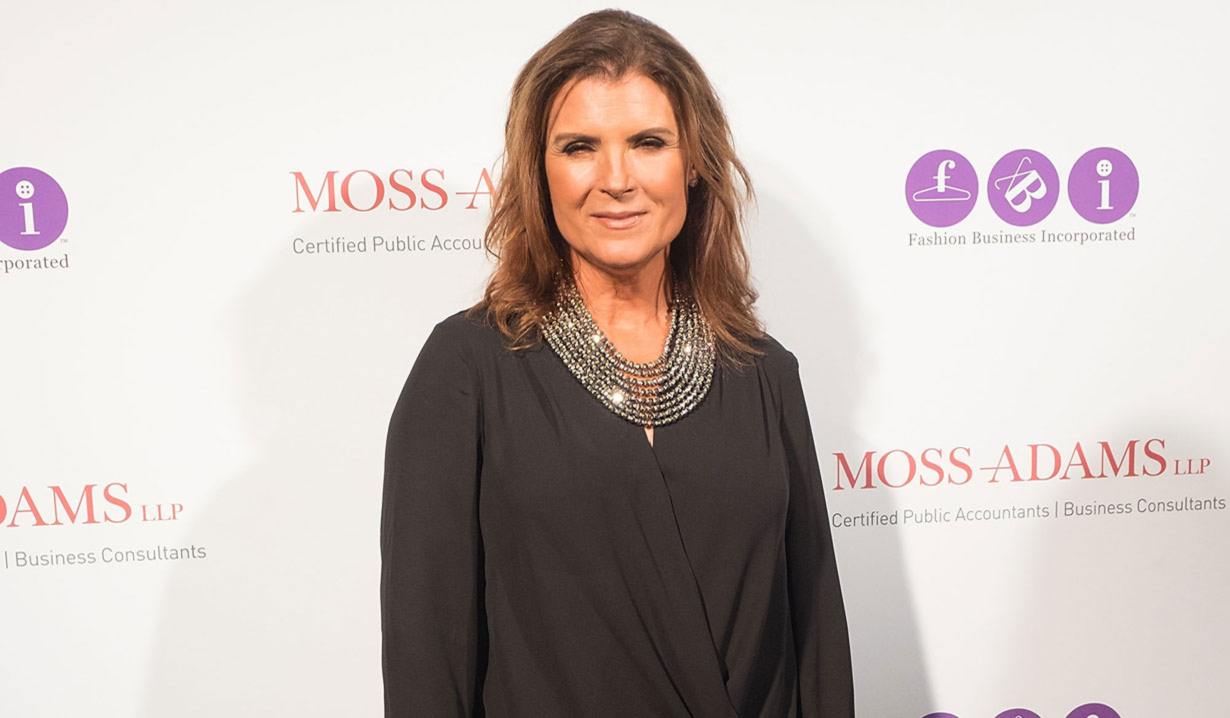 The evil Sheila Carter is back.

Soaps.com is excited to report that actress Kimberlin Brown has reprised her notorious role of Sheila Carter on “The Bold and the Beautiful.” Brown popped up totally unexpected at the end of the Friday June 9 episode as Quinn investigated the presence of a woman in Katie’s house. Quinn had pointed the finger at Katie as the likely culprit who had shot at her, but many suspected it was someone else, with some speculating it could be Deacon Sharpe (Sean Kanan), whom Quinn had done wrong and left for dead in the past. However, it seems it may be Sheila who was behind the shooting as she never was too keen on her former love, Eric (John McCook), being with anyone other than her. Yike.

In an interview with TV Insider, Brown talked about running into “B&B” headwriter and executive producer, Brad Bell, while taking part in the CBS Daytime group photo commemorating 30 years in the number one slot, and described the secrecy surrounding her characters return, saying, “I was listed on all the scripts and call sheets simply as ‘Jane,’ and I would enter CBS through a rear entrance in complete secrecy with a hat so big it covered my eyes and my cheekbones. And every time I was shooting – or anytime a character would mention Sheila – they’d black out the feed throughout the CBS building.” She even had to lie to her family! But is she really the person who shot at Quinn? Brown teased, “She’s actually done her time in prison and is trying really hard to rehabilitate herself and become a good person.” Hmm. The actress also enthused about working with McCook, Tom, and Dick Christie who plays Charlie.

A daytime vet, Kimberlin Brown also played Sheila on “B&B’s” sister soap, “The Young and the Restless,” Judge Cressman on “All My Children,” Dr. Paige Miller on “One Life to Live,” Rachel Locke on “General Hospital” and “Port Charles,” and Shelly Clark on “Another World.” Most recently, she appeared as Dr. Grace Drum on “The Bay,” and appeared in “Just an American” and “5 Hour Friends.” Also, Kimberlin Brown has been a vocal supporter of President Donald Trump. 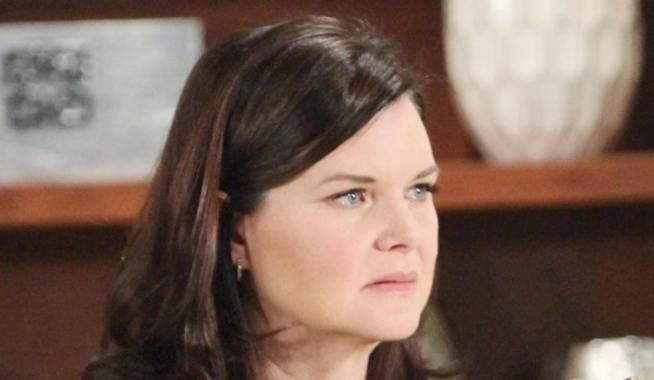 B&B Spoiler Video: A frantic Katie rants that she’s nothing like Quinn

B&B Spoiler Video: Sheila is back and she’s pure evil 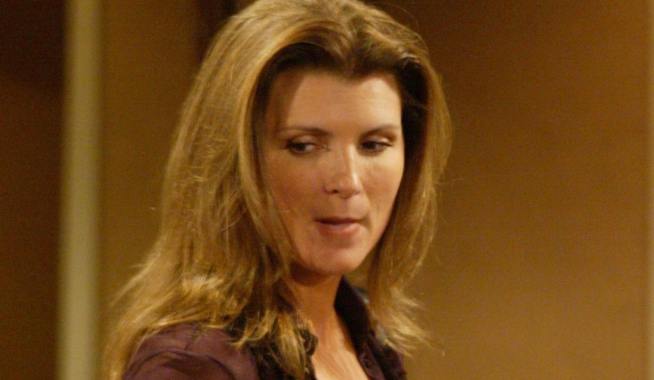