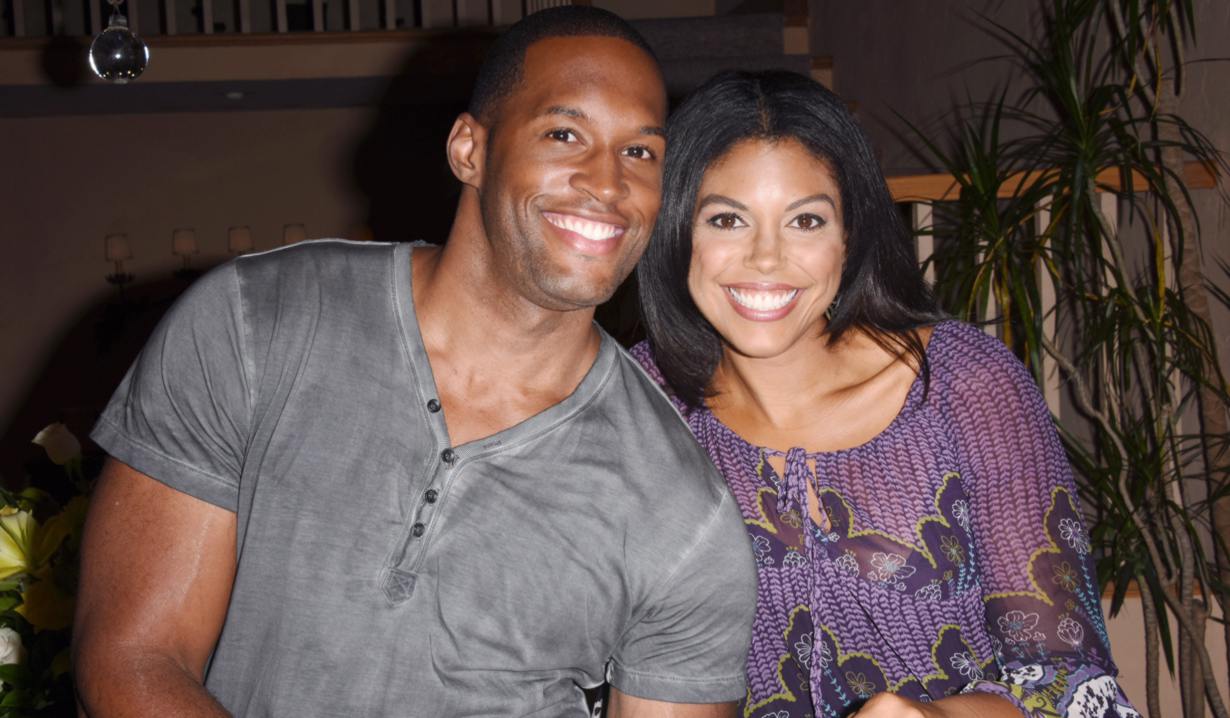 Ditch the romanticism of marriage and shine a light on the love.

Updated October 2, 2018: Wed-Locked, starring Bold and the Beautiful’s Lawrence Saint Victor (Carter) and Karla Mosley (Maya), will premiere during the 10th Annual DTLA Film Festival on Thursday October 18 at 6:00 PM. Visit DTLA Film Festival to buy tickets for the screening that will be held at the Regal L.A. LIVE at 1000 West Olympic Boulevard in Los Angeles, California.

On May 22, 2017, we reported that The Bold and the Beautiful stars, Lawrence Saint Victor (Carter Walton) and Karla Mosley (Maya Avant Forrester) have undertaken an effort to fund a second season of their original web series Wed-Locked. The series debuted back in 2009 when Mosley and Saint Victor played Guiding Light’s Christine and Remy. At the time, as well as playing a married couple on the soap opera, Saint Victor had been married for three years and Mosley was about to wed. The duo wanted to explore the realities of being newlyweds from the perspective of people of color and so they created and produced Wed-Locked. The series chronicled the ups and downs in the lives of the newly married Robert (Saint Victor) and Denise (Mosley).

Mosley and Saint Victor joined B&B as Maya and Carter in January 2013, and though their characters crossed paths romantically, they were never married. Now, the actors feel they have more to bring to Robert and Denise’s story and have started an online campaign through Seed and Spark where interested parties can contribute. Joining them in the endeavor are co-directors Tina Huang (Rizzoli & Isles, Linda, General Hospital, Josie, Days of our Lives) and Malcolm Barrett (The Hurt Locker), as well as producer/newlywed Tricia Levesque (Withdrawal). Mosley and Saint Victor have been promoting the campaign on social media and shared a ‘pitch’ video on YouTube. The duo will also be participating in a Facebook Live session on Monday May 22 at 6:00 PM PST/9:00 PM EST using the hashtags #wedlockedtribe and #wedlockedseries.

Smile as I drive north. Thanks for the support #WedLockedTribe! We get closer every day. Can u follow or donate? https://t.co/CJBWeyqLO1 ? pic.twitter.com/zyxAMJex5l

w/ @karlamosley preparing for a Facebook Live event this Monday!! It’s going to be so much fun! https://t.co/YfFQFGY40r #wedlockedtheseries pic.twitter.com/ZabROYLb5z