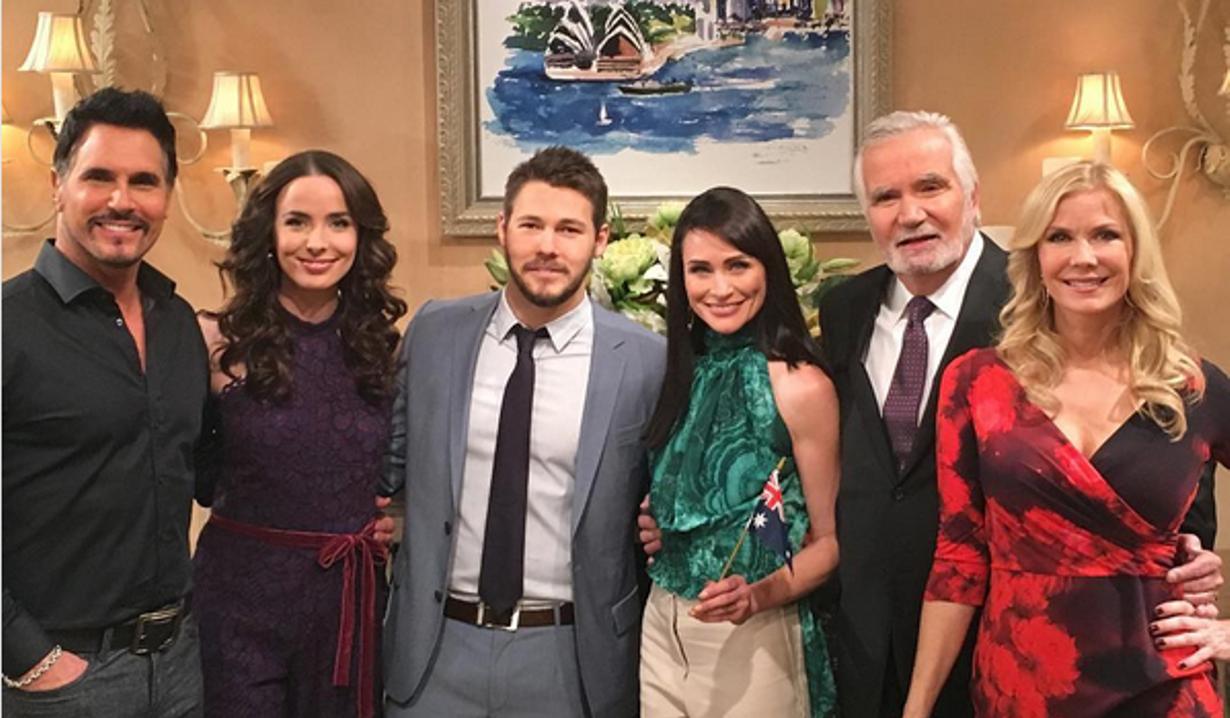 Updated February 15: Amid rain delays, scenes from Steffy and Liam’s wedding were shot in Australia this week. In a video clip from the Daily Mail, Ridge can be seen walking Steffy up the aisle, and later Steffy stands at the altar with Liam. The scenes were shot at Sydney’s Bennelong Lawn near the Sydney harbor. See the clip below.

Soaps.com reported on February 13 that “The Bold and the Beautiful’s” Pierson Fode (Thomas) and Courtney Hope (Sally) were added to the location shoot in Australia and traveled with their castmates ‘Down Under’. Hope shared a photo of some members of the group in the Qantas lounge prior to their flight (see below). Also appearing in the scenes shot in Australia will be Matt Preston of “MasterChef Australia,” and local Channel 10 personalities Amanda Keller, Ita Buttrose, David ‘Robbo’ Robinson, along with WS FM presenter Brendan Jones.

As reported by Soaps.com on January 27, “The Bold and the Beautiful” will be doing another of their infamous shoots on location, this time in Australia, thanks to Qantas. With “B&B” set to mark its impressive 30-year milestone anniversary in March, Qantas, the flag carrier of Australia, announced plans to bring cast members ‘Down Under’ from February 12 – 17. While there, the show will film multiple episodes. Executive Producer and Head Writer, Brad Bell, stated that it would be an “epic celebration for our fans around the world.” He elaborated, “We are preparing to film the most glamorous location shoot in soap opera history. Collaborating with Qantas, Network TEN and CBS, viewers will witness romance, high style, jaw-dropping twists, harrowing stunts and major cliffhangers, all hallmarks of ‘Bold and the Beautiful’.”

“The Bold and the Beautiful’s” last trip to Australia was back in 2007 when the show marked its 20th anniversary. The most recent B&B location shoot was in Monte Carlo, where it was non-stop drama with Quinn arriving to cement her romance with Eric, and being confronted by his granddaughter Steffy.

Expect the Australian location episodes to air in March in conjunction with “B&B’s” 30th anniversary, which falls on March 23. Watch Soaps.com for more details as they emerge.

Wined and dined in the incredible @qantas lounge before our flight to #Sydney! Australia here we come! @boldandbeautifulcbs

The cast of the #BoldandBeautiful gave @AngelaBishop a little set tour & shared what they're most excited to do in Australia! ??@BandB_CBS pic.twitter.com/wzcjENSu0W

We are on our way to Australia in February to shoot episodes of @boldandbeautifulcbs !! Can't wait to see what happens!! @boldinsider @cbsdaytime #boldandbeautiful #australia #cbsdaytime

So much fun spending the day with @angelabishop10 on the set of @boldandbeautifulcbs … what do u think about the live announcement on @studio10au ? We are all excited! Australia here we come!! Yahoo!!! ???? #boldandbeautiful #studio10au #cbsdaytime 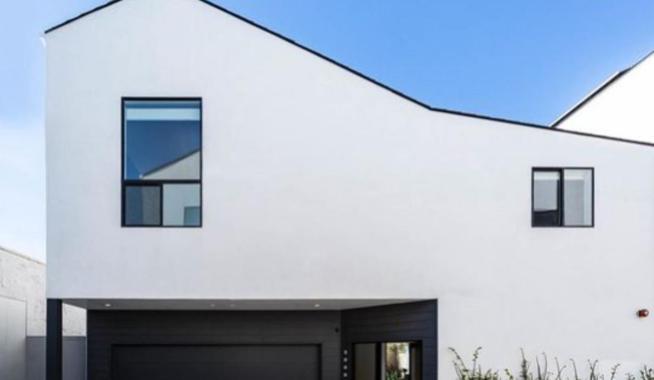 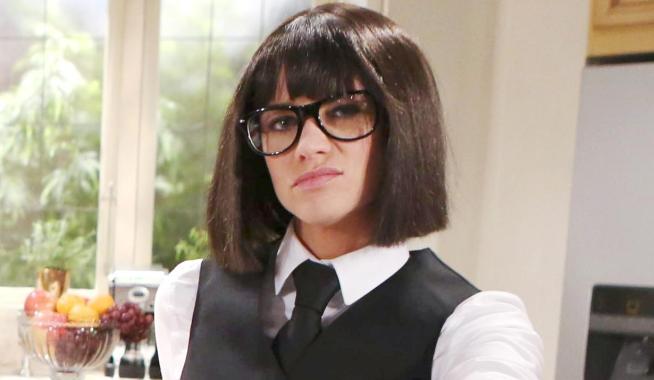