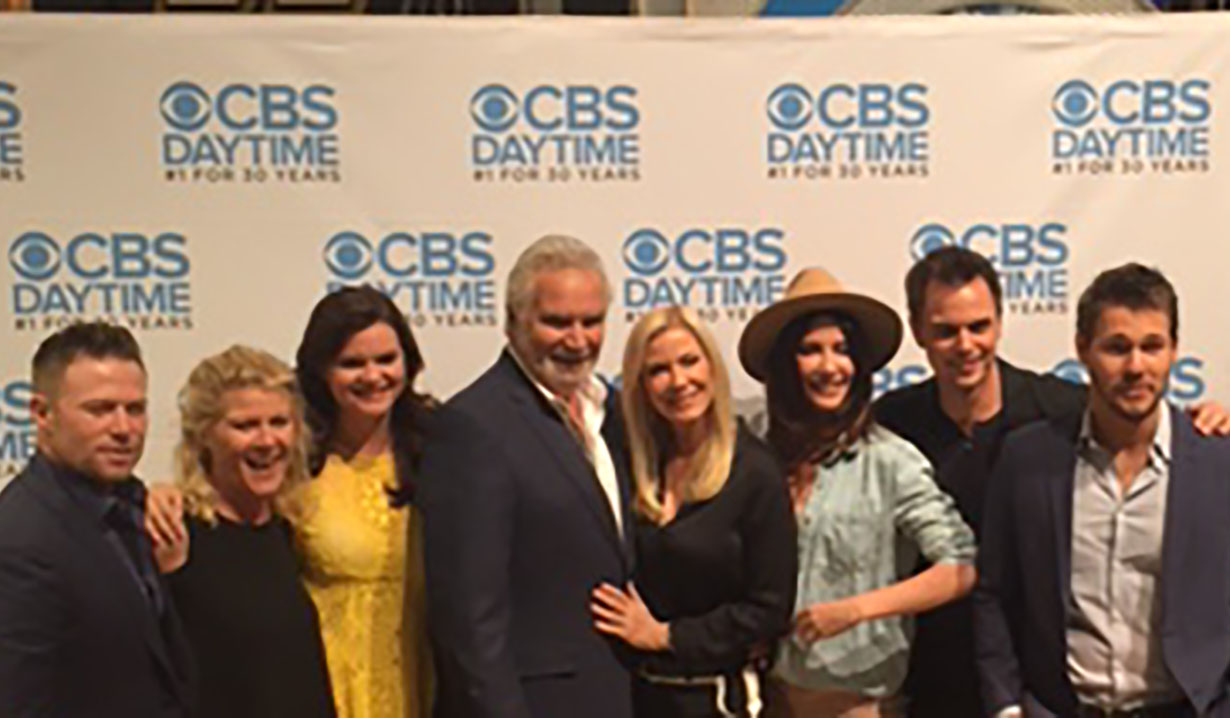 B&B’s showrunner and actors discuss changes to their show over the past 30 years. The evening kicked off with a reading of the first episode room March 23, 1987. Bell joined the show beginning in Episode 7 after writing dialogue for his parents, legendary soap opera writers and creators William J. Bell and Lee Phillip Bell, over at their companion show “The Young and the Restless.”

The show was created to replace “Capitol” on CBS and the Bell family hoped that “The Bold and the Beautiful” would have a good run of eight to 10 years. As Bradley Bell put it in his introductory statement, “30 years later, it’s become the most-watched drama in the world.”

The cast enthusiastically performed the first script filled with some dated dialogue and ‘80s references, but it was exciting to see the beginnings of the CBS soap.

After the reading, Katherine Kelly Lang reminisced about how anxious she was with her first emotional scene.

“I had to cry in my first scene because Brooke was scared to death and almost raped. I hadn’t learned how to cry yet. In between takes, I am yawning because your eyes start tearing up a bit,” she laughed, “And [to Bell] your dad is watching on the monitor. He asked me, ‘You’re yawning, I hope you got enough sleep last night.’ I can’t tell him I’m yawning to cry because that means I am not a good actress. It was embarrassing, I didn’t know what to say.”

The panel continued with hot topics of how the show has evolved and impacted the daytime television scene. Here are some of the highlights from the panel.

“The Bold and the Beautiful” has close to 35 million views a day globally. Bell explained why the show is so popular internationally.

The show struggled for years to gain the respect of the audience and Emmy voters.

“Those were tough years, I think the first decade we had maybe one or two Emmy nominations across the board — no actors, no writers, no directors,” said Bell.

Lang added, “I think that a half an hour [format] made it difficult for us to compete against the hour shows.”

What makes Bell’s love triangles work on the show? Darin Brooks jumped right into the fray on this answer.

“It’s kind of a Rorschach test, isn’t it? Take any given triangle — Bill, Brooke and Ridge or Liam, Steffy and Hope — and you can almost divide the audience in half in terms of who they support,” said Brooks. “You can have two fans look at the exact same scene in the same context and come away with two wildly different interpretations. I don’t think that’s an accident. There’s a formula and design that allows the audience to use their imaginations and fill in the blanks to insert their own morality and ethics of what they are seeing. That contributes to the success of these triangles.”

How can Katie remotely trust Brooke at this time?

“During this last go-around, I really thought that the couple in peril was Katie and Brooke. Bill and Katie and the demise of their marriage, that was the side issue,” said Heather Tom. “It was really more about the sisters and how they fought for each other and fought to forgive or accept. I love our sisterly relationship.”

Why legacy characters are so important to “The Bold and the Beautiful.”

“I was such a soap fan of the other shows. I would watch “All My Children” or other shows every once in awhile and then I couldn’t understand who the family members were or people would leave,” explained Bell. “To have the Logans, the Forresters and the Spencers thirty years later is really fantastic because you know what you’re watching.”

“The Bold and the Beautiful” is the only soap on the air covering social issues; the cast explains why that’s important.

“The answer is sitting in the front row. My mother, who had a talk show in Chicago on WBBM every weekday at Noon, would do these incredible investigative reports,” said Bell. “I just watched and I thought, she’s pretty cool. She had such an impact on my father and me.”

“It was 10 years ago in the fall, I was asked to do 10 days by [casting director] Christy Dooley. The boards lit up at CBS and a lot of calls came in from foreign countries saying that happened to me with my father, what do I do?” said Mills. “So they set up a child abuse hotline. We did important stories on “The Wonder Years,” but this is so deep.”

Karla Mosley got emotional about her transgender storyline.

“It’s been a beautiful journey and also to hear stories of people who… [Starts crying] haven’t been able to talk to their mothers in 30 years, but now can because of this story…” she said.

For Jacob Young, it’s been an incredible life lesson.

“What I learned through this process is that love is just love. When you love somebody, like Rick loved Maya, it didn’t matter. He became a whole new person, his life changed,” he said. “Most audience members probably felt that. His heart suddenly just changed.”

Wedding bells for Pam and Charlie?

The audience was dying to know if Pam and Charlie have a more permanent future together. Bell gave an evasive answer.

“They will get… well, maybe get married,” said Bell. “I am enjoying the courtship. You know, once they get married…”

Next week, “The Young and the Restless” gets their turn with a panel at The Paley Center for Media on Thursday, Nov. 10. Soaps.com will cover the event.