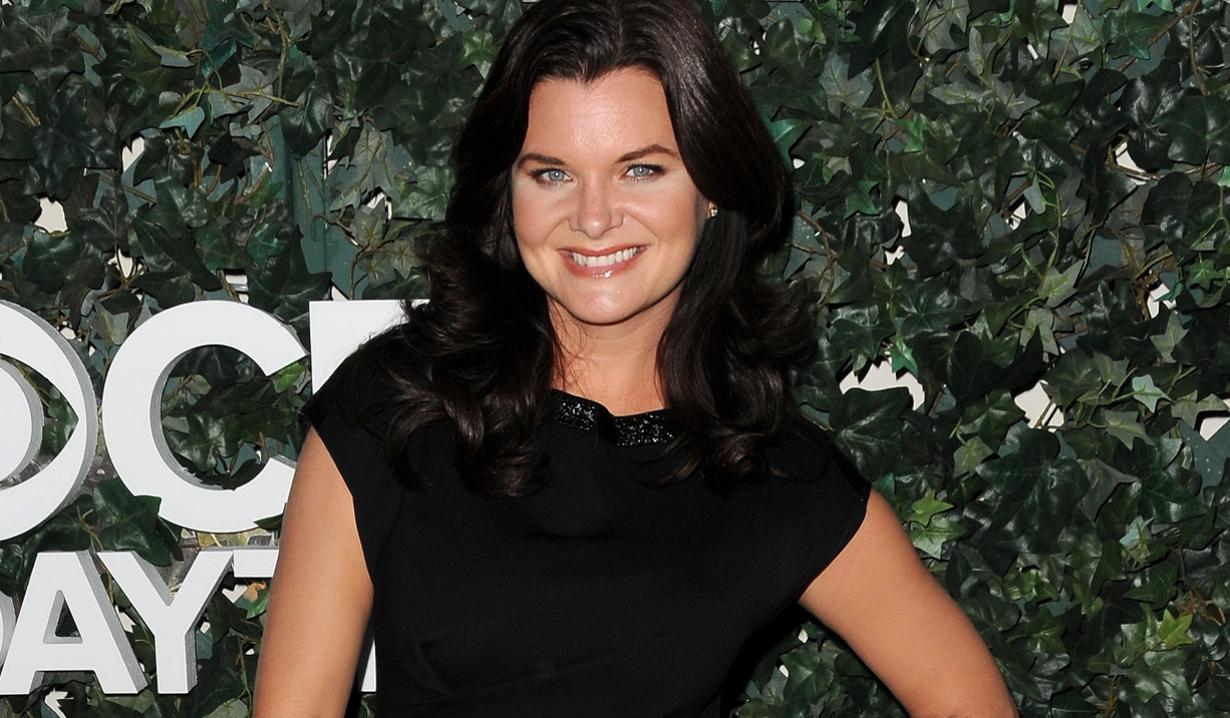 Behind the scenes cute emergency.

Heather Tom began directing episode of The Bold and the Beautiful in November 2015, and has directed several since then, but this time she joked that her son Zane Achor, who recurs as Will Spencer, was directing scenes when he joined her on the “B&B” set. Tom can be seen in the background in character as Katie Logan.

In another photo, Tom suggested that her son might actually prefer camera work to directing. How adorable is he in that little jacket? Dapper!

Maybe instead of directing I'll do cameras instead. #kidsonset @cbsdaytime @boldandbeautifulcbs thank you sissy for bringing him to set!

Of course, a young boy has to blow off some steam during a day at the studio, and Tom also shared a cute video of Achor jumping on the bed in the Brooke’s (Katherine Kelly Lang) bedroom set.

Given that everyone is so dressed up in the shots, and John McCook (Eric) tweeted about the table being set for Thanksgiving at the Forrester mansion, it’s safe to assume scenes were being taped for the upcoming holiday episodes:

Setting the Thanksgiving table at the Forrester manse today!! pic.twitter.com/8yiWpK2wFX

In addition to directing and acting on “B&B,” Tom recently appeared on Lucifer, and has two projects in post-production, “Animal Among Us,” and “The Billionaire.” The busy actress, wife and mother was also in the social media spotlight recently when Tom spoke out about hurtful online comments.

How To DIY A Cobra Kai Halloween Costume For $30