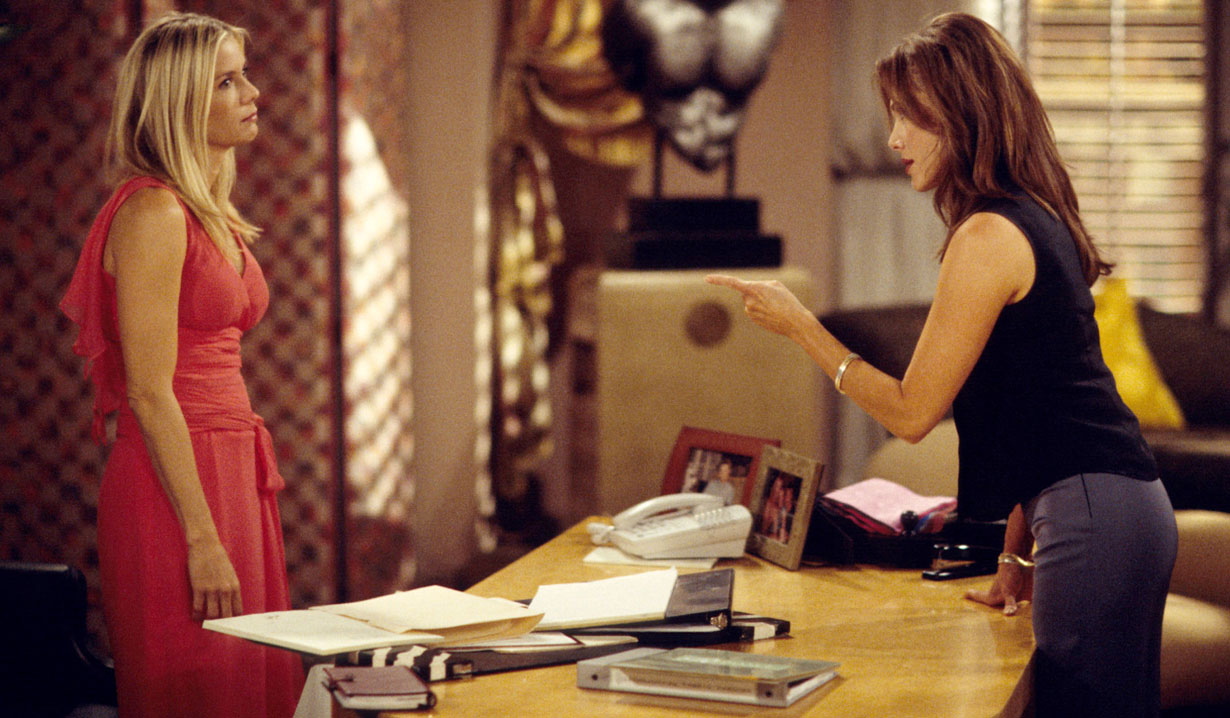 One of the best catfights we’ve seen…

Soaps.com is taking a look back to 1995 in this week’s “The Bold and the Beautiful” Throwback Thursday poll when Brooke Forrester accused Taylor Forrester of going behind her back then grabbed her by the hair in a fury…

With all the testosterone between Liam and Wyatt in regards to Steffy it’s only a matter of time before the brothers come to blows over the girl they love. Years ago, Brooke’s anger reached a highpoint during an argument with Taylor that led to a full-blown catfight. Taylor had returned from the dead, still legally married to Ridge who had married Brooke during Taylor’s absence. While everyone waited for a judge to decide who Ridge’s rightful wife was, tensions were high between the women. Brooke confronted Taylor at Forrester Creations and accused her of manipulating her. Taylor denied any such thing and refused to listen to Brooke’s rant. When she turned to walk out of the office, Brooke threw a vase across the room and hit the door.

Taylor still tried to leave and made a comment about being a mother figure to Brooke’s children, which sent Brooke into overdrive. Though Taylor tried to leave again, Brooke grabbed her by the hair and they stumbled to the desk. Taylor had the upper hand on Brooke, but Brooke still had her hands tangled in Taylor’s hair. It wasn’t until Stephanie appeared and forced them apart that the catfight ended.

Last week’s poll answer: Clarke conned Sally into signing over Spectra Fashions by claiming to have a purchase order for cheaper fabric.

Read Soaps.com’s “The Bold and the Beautiful” 1990s episode guide for more on Taylor Forrester and Brooke Logan’s ongoing feud.