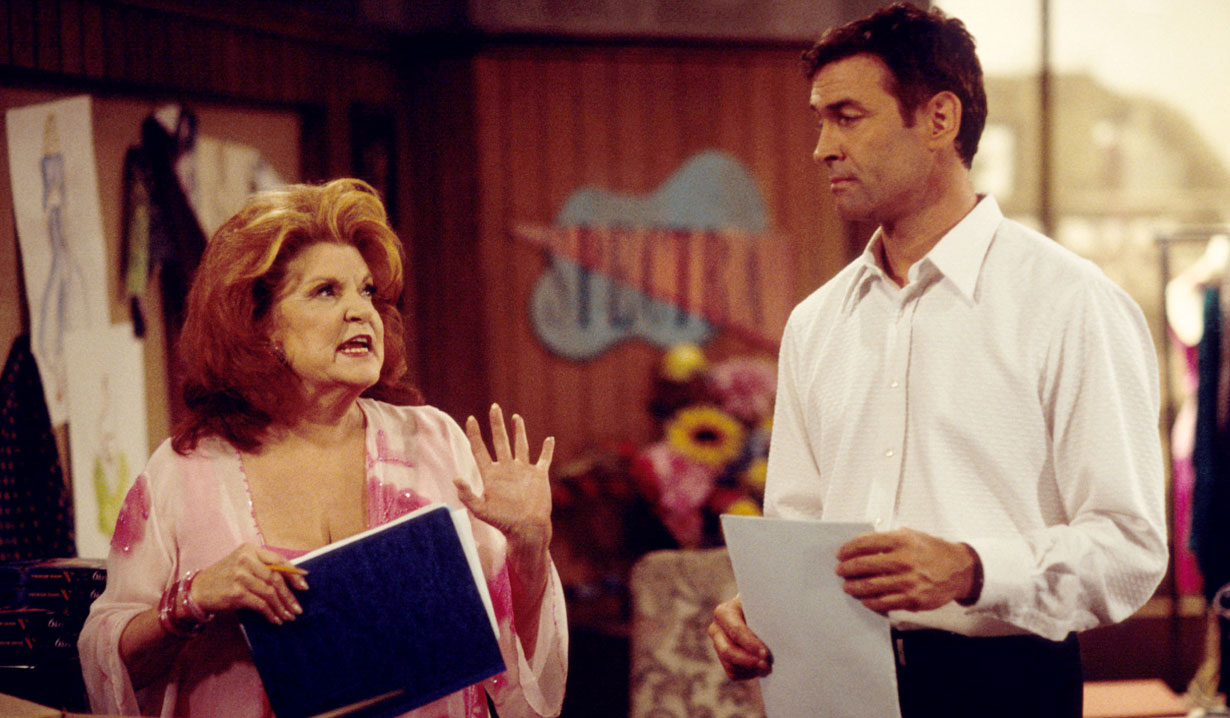 “Sally, I always have your best interests in mind, remember that.”

In this week’s “The Bold and the Beautiful” Throwback Thursday poll, Soaps.com goes back to the early 2000s when Clarke Garrison conned Sally Spectra into signing over ownership of her company, Spectra Fashions…

Bill Spencer made a Fourth of July speech claiming to finally have accepted Ridge as Caroline’s husband, when not too long ago he wanted him out of her life and even expressed interest in taking over his company, Forrester Creations. Years ago, Clarke wanted to save a company close to his heart, Spectra Fashions, and conned Sally into signing it over in order to prevent the business from going bankrupt. The fashion house had its ups and downs over the years and could never truly compete with Forrester Creations. Ridge, who’d been fired from Forrester, had taken a job at Marone Industries and struck up a deal with Clarke to buy Spectra Fashions in order to go toe to toe with Forrester.

Clarke refused to let Spectra fall into bankruptcy and drew up a contract that would transfer ownership to Ridge and Marone Industries. This way, Sally’s fashion house would still exist. He found Sally in her office, singing and boozing it up. Clarke freshened up her whiskey and talked about something he’d accomplished that day. Sally praised Clarke, who set the contract in front of her and convinced her to sign it. As she waved him off, Clarke made a comment about always looking out for her then left the office to deliver the transfer of ownership to Ridge.

Last week’s poll answer: During the Fourth of July pool party at the Forrester mansion Eric was distracted by Stephanie and her date, Adam Banks.

Read Soaps.com’s “The Bold and the Beautiful” 2000s episode guide for more on the rivalry between Forrester Creations and Spectra Fashions.