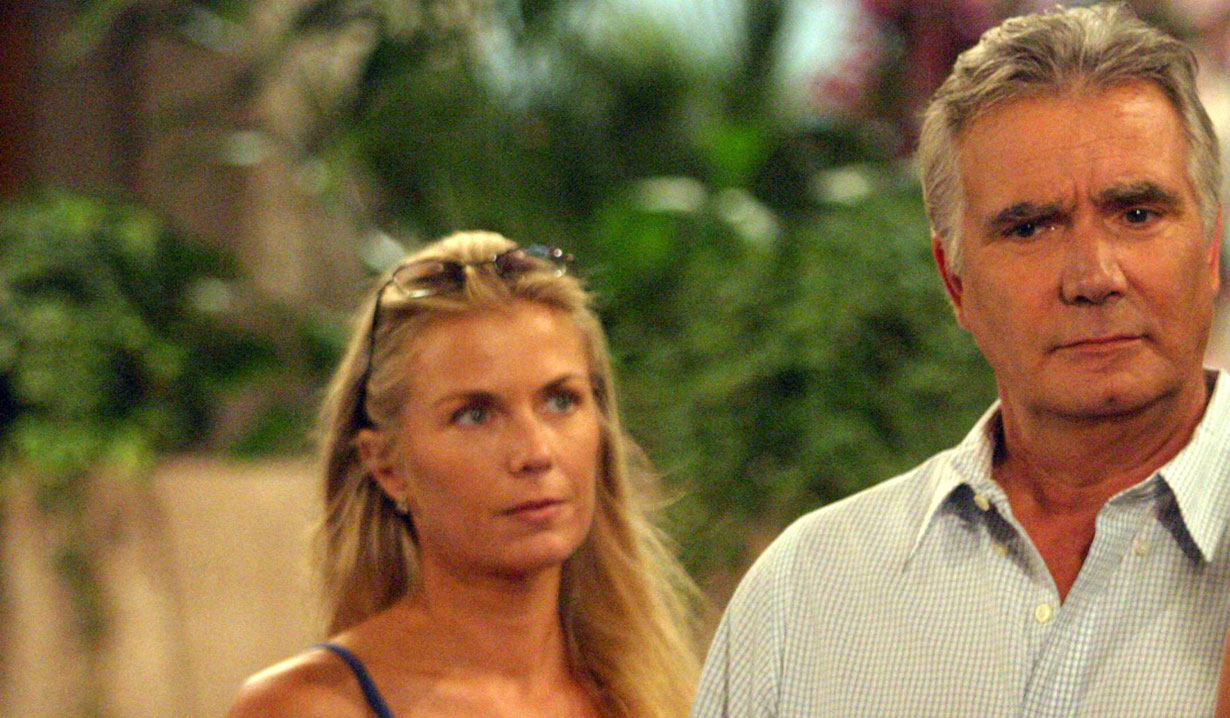 “It’s almost as though they’re in love.”

To celebrate the upcoming holiday, Soaps.com is taking readers back to 1991 in this week’s “The Bold and the Beautiful” Throwback Thursday poll when many gathered around the Forrester pool for a Fourth of July party…

The Forresters, Spencers and Avants will likely gather for BBQs and fireworks during the holiday. Years ago, the Forrester mansion had been the gathering spot where many were distracted by Stephanie Forrester and her date. Eric Forrester had been married to Brooke Logan at the time and it was their first year celebrating the Fourth with their very young son Rick. After Eric strolled off with the baby, Brooke approached Ridge to let him know how special he was to little Rick then proceeded to pry about how troubled Taylor appeared. Ridge reminded Brooke that his personal life was his and that he wouldn’t tell her even if there had been trouble in paradise.

Stephanie and her date appeared from having toured the grounds and chatted off in the distance. As Brooke joined Eric by the pool, she noticed how distracted he was by the couple, who were now sharing a kiss, and called him on it. Eric explained that he didn’t realize how close Stephanie and the man were, appearing to be in love, and finally admitted that their closeness bothered him a bit.

Last week’s poll answer: In the nick of time, Eric saved Stephanie from Morgan DeWitt, who tried to drown her in a bathtub.

Read Soaps.com’s “The Bold and the Beautiful” 1990s episode guide for more on the various men in Stephanie Forrester’s life.