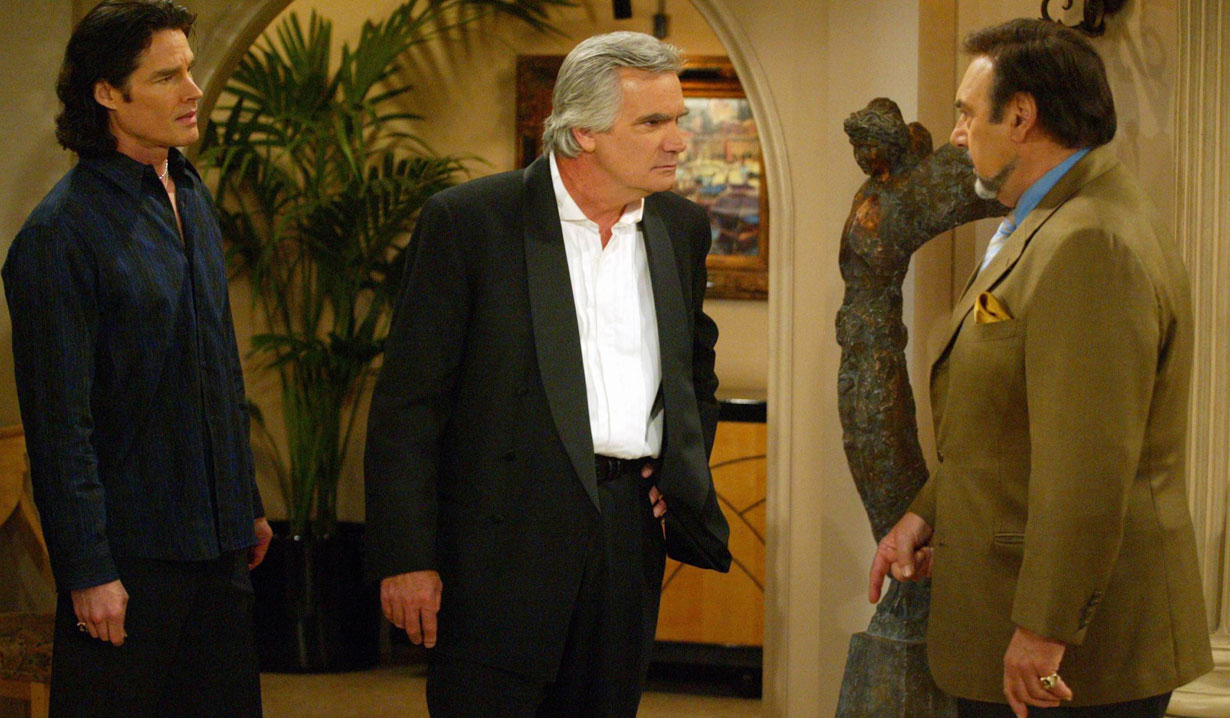 “Don’t I have a right to plan after all that has been kept from me?”

Soaps.com is taking readers back to 2001 in this week’s “The Bold and the Beautiful” Throwback Thursday poll when Ridge Forrester had to referee an argument between his two fathers Eric Forrester, the man who raised him, and Massimo Marone, the man who’d been kept from him…

Rick Forrester has a lot to celebrate this Father’s Day, given his new baby girl, as does Thomas even though he can’t publicly express excitement in being Douglas’ dad. Years ago, Ridge had his hands full with two dads who couldn’t stop staking claim on him and his family. Ridge came upon Massimo telling Eric that in order to civilly share ‘their son’ they would have to set some parameters. Though Eric didn’t disagree he warned Ridge that Massimo wanted to take charge, which meant to be in control of him and his family. Ridge insisted that he would be the one to run his life, but Eric seethed that Massimo would do everything in his power to squeeze him out of Ridge’s life.

Massimo reminded Eric that he had every right to plan a future with his son and grandchildren, considering he’d been denied the opportunity to be a father all these years. He gave Eric his thanks for raising Ridge but refused to allow him to question Massimo’s love for his own flesh and blood. Ridge had enough of the back and forth screaming and made a comment that upset Eric so much that he stormed out of the house and squealed away in his car.