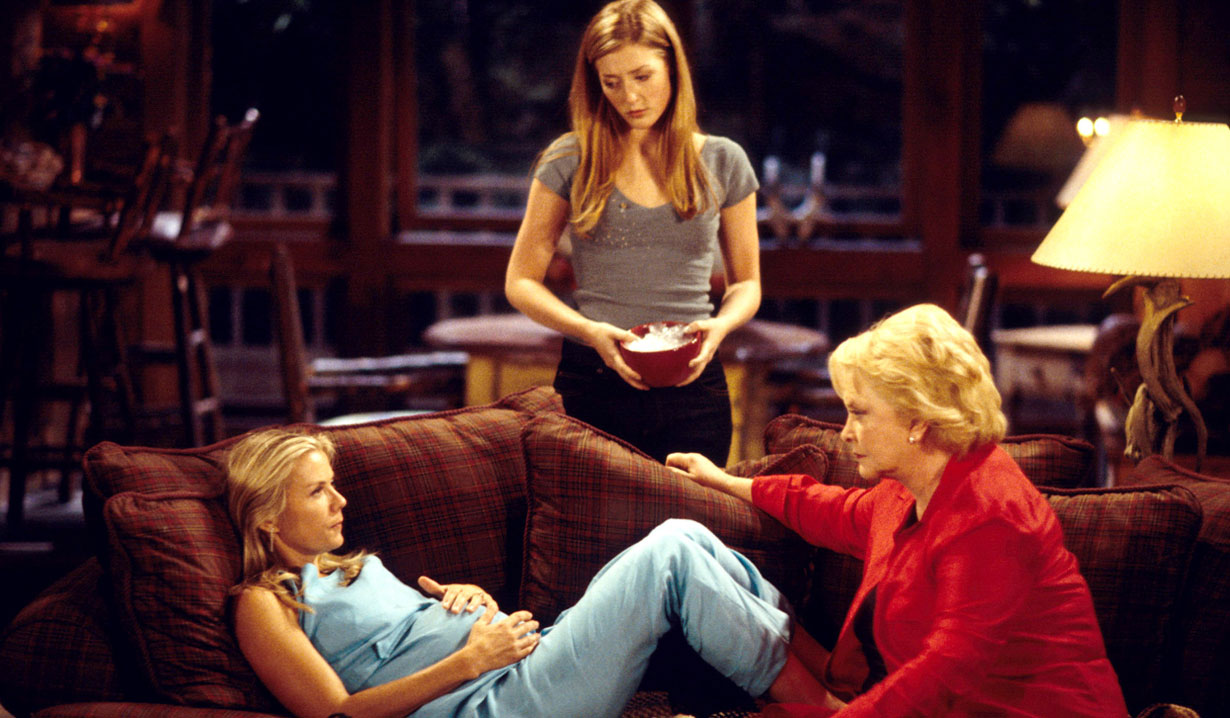 Soaps.com is taking readers back to 2002 in this week’s “The Bold and the Beautiful” Throwback Thursday poll when Stephanie and Bridget Forrester were forced to help Brooke Logan deliver her baby…

Nicole recently gave birth to Rick and Maya’s baby girl. Years ago, Stephanie and Bridget helped Brooke deliver baby Hope while at the cabin in Big Bear. Bridget was furious with her mother, as was Stephanie, after Brooke became pregnant with her daughter’s husband Deacon’s baby. Stephanie and Bridget found Brooke hiding out at Big Bear and never expected she’d go into labor while there. With an ambulance on another call, Stephanie wanted to drive Brooke to the hospital, which was a half hour away, but she refused. Stephanie leaned in close and reminded Brooke how devastating it would be for Bridget to witness the birth and even vowed to carry her down the mountain herself – if she had to – and ordered Brooke to get into the car.

Brooke knew she’d never make it to the hospital and began crying apologies to Bridget. As the contractions continued to get closer, Stephanie and Bridget knew Brooke was right and that they had to help her deliver the baby. Stephanie privately lashed out at Brooke for subjecting Bridget to the scene and planned to call someone else to help her so she could take Bridget home. Bridget overheard and refused to leave. With Bridget comforting Brooke, Stephanie instructed her to push – until Hope, Brooke and Deacon’s love child, was born.

Last week’s answer: After Macy arrived in LA, demanding money and bashing her mother for her lack of attention, Sally told Macy, “You’ll get your money.”