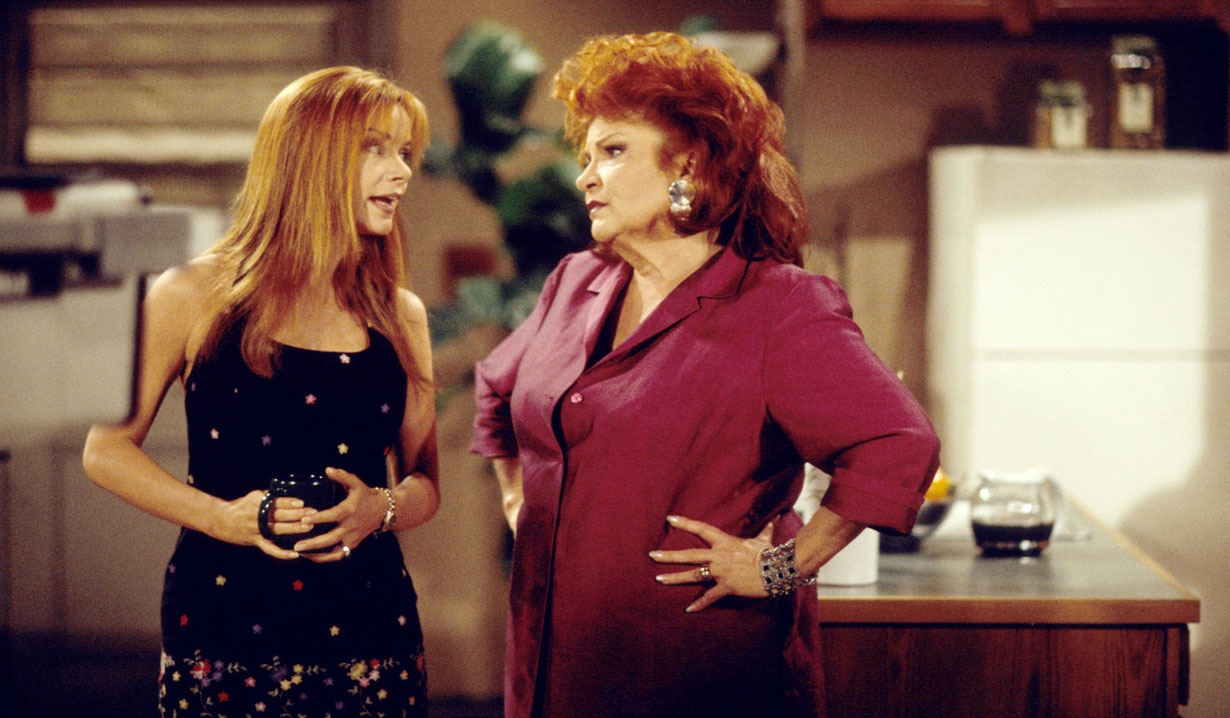 “Every time I hear from you it’s the same story.”

In this week’s Throwback Thursday poll Soaps.com takes readers back to 1989 to Macy Alexander’s very first scene on “The Bold and the Beautiful” when she visited her mother, which upset Sally Spectra immensely…

It’s safe to say that when Steffy comes face to face with her mother-in-law Quinn, it’ll be anything but a welcomed moment. Years ago, Macy returned to Los Angeles to visit her mother, which under the circumstances made Sally upset. Macy didn’t pull any punches and demanded money. Sally reminded Macy that the only time she called or visited was when she wanted money. Macy insisted that this time was different – she really needed it.

Sally reflected on how hard she worked for her money so Macy could have everything she hadn’t had – all the opportunities and advantages in life. Macy didn’t deny that she’d never had a job and mocked Sally by naming off all of the material things she’d given her, which amounted to everything but Sally’s time and attention. Sally’s defense was that she’d been a single mother and had to work. She thought Macy understood? Again Macy reminded Sally she’d never been there for her and knew she’d give her the money now to ease her conscience.

Last week’s answer: When comparing the Forrester brothers Brooke told Caroline it’d be hard to choose between Ridge and Thorne.