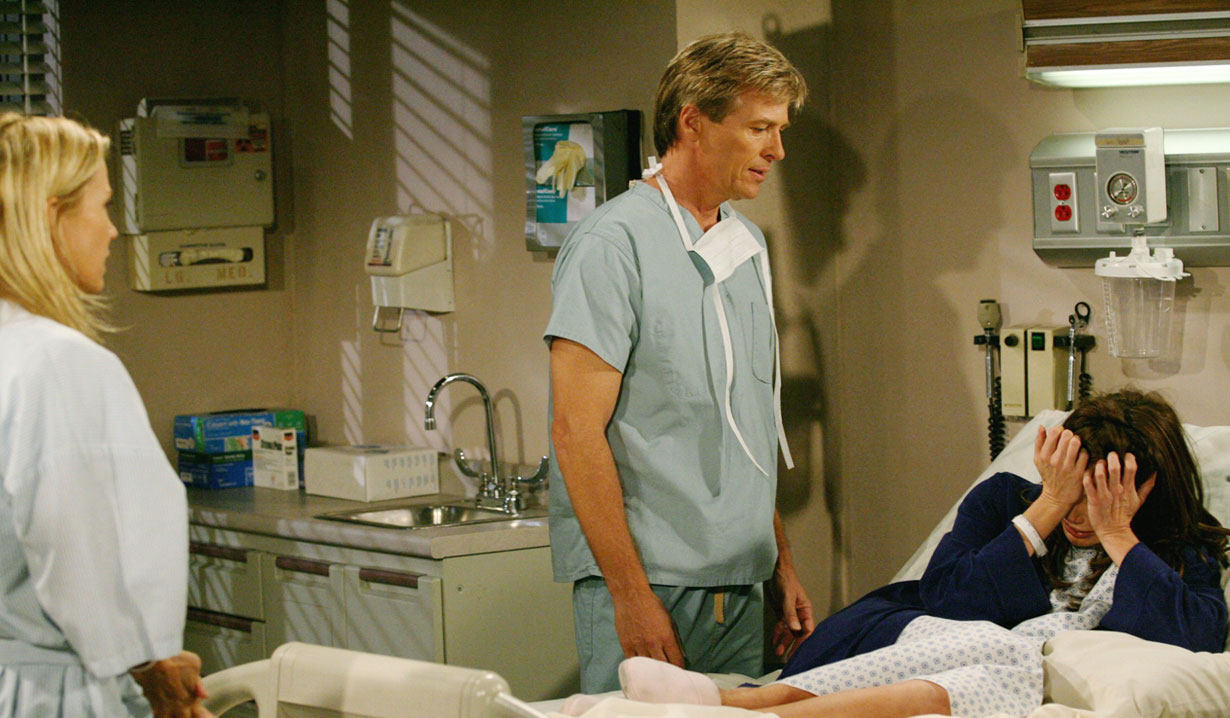 “I know this is a lot to process, but we have to be grateful.”

This week, Soaps.com takes readers back to 2007 when Nick Marone was forced to break the news to his wife Taylor that she had carried and delivered Brooke’s baby…

Katie recently confronted Ridge over a conversation with his doctor, who claimed that Ridge couldn’t possibly be the father of Caroline’s baby. Years ago, Taylor received quite the shock when she learned that the baby she’d carried, via in vitro fertilization, had been Brooke’s biological son as a result of a mix-up at the hospital. Baby Jack was born with an impaired immune system and received a bone marrow transplant. Taylor was happy to learn the procedure went well but was confused that the bone marrow hadn’t come from the woman they thought had been Jack’s biological mother.

Nick treaded lightly as he explained the mix-up during fertilization and how another Marone sample had been the donor. Taylor initially thought Bridget had been the donor, and was relieved to learn she hadn’t been, but was devastated to hear the egg came from Brooke. Taylor sobbed in grief, as Brooke entered the room and insisted that Taylor hear her out. Though Brooke supplied the egg, she promised Taylor that Jack would always be her and Nick’s baby – not Brooke’s.