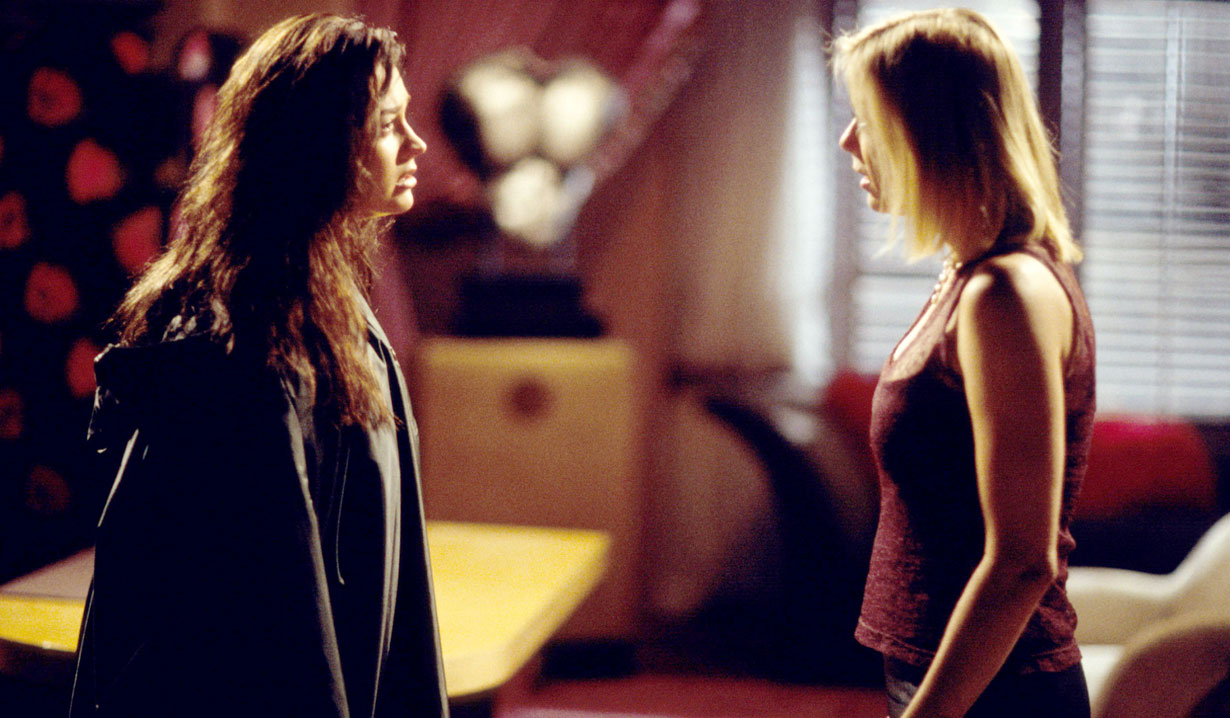 You took her life!

This week Soaps.com is traveling back through time to 2000 in our “The Bold and the Beautiful” Throwback Thursday poll when Kimberly Fairchild shoved Brooke Logan through a window…

Bill recently confronted Katie with some very tough questions, concerning her excessive drinking. Years ago, Kimberly confronted Brooke over the death of her sister and ended up shoving her through a window. Kimberly had engaged in a heated argument with Brooke over the death of her sister Macy Alexander Forrester. Everyone believed Macy had died in a car accident with Brooke, who’d demanded that Macy sign divorce papers so Brooke could be with Thorne. Though Macy’s father Adam Alexander secretly rescued Macy and took her to Italy, Kimberly was left devastated and blamed Brooke.

The confrontation quickly turned physical and Kimberly shoved Brooke halfway out a window. Brooke was startled but was able to fall back into the room before a huge shard of glass came down upon her head. Kimberly was in shock and when someone rushed into the room, Brooke assured them she was okay and urged them to take care of Kimberly. It wasn’t long before Kimberly rushed off into the stormy night, leaving everyone behind worried for her safety.