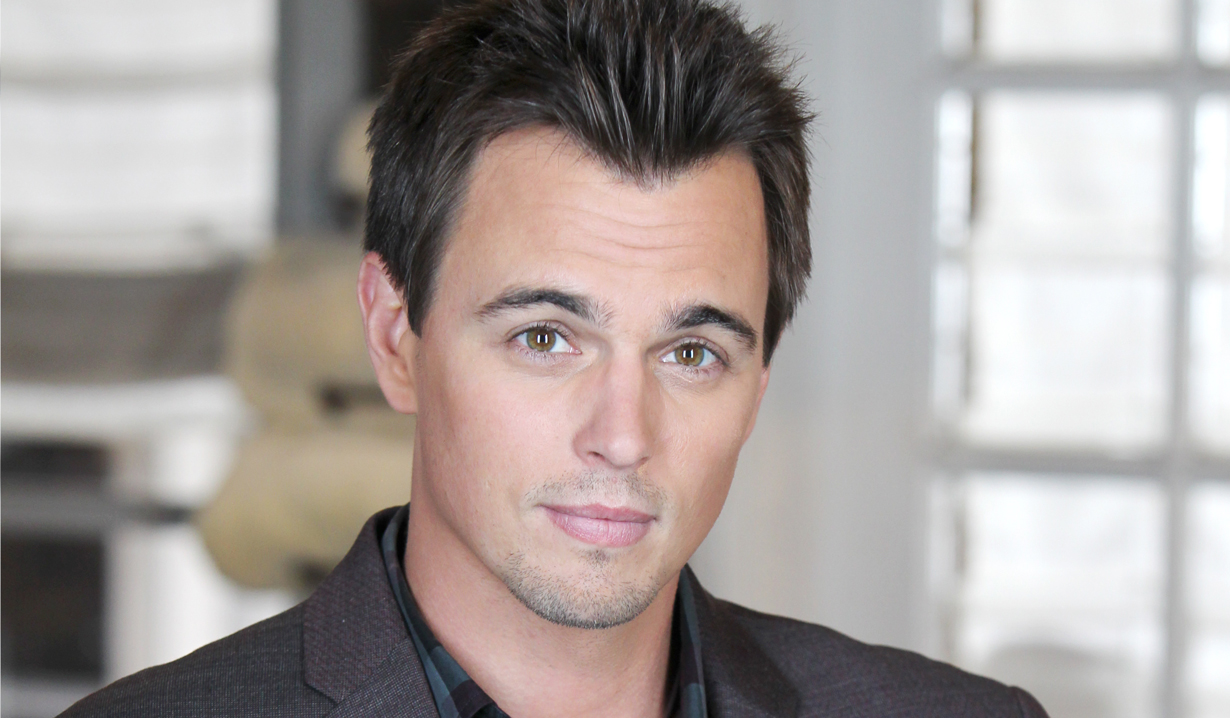 “If Liam comes back what’s that going to be like?”

Darin Brooks has played Bill Spencer’s (Don Diamont) other son Wyatt Spencer on “The Bold and the Beautiful” for nearly three years now, and in that time he has loved and lost with the best of them – that best being his brother Liam. Brooks spoke with Soaps.com about the relationship between Liam and Wyatt and how that might be affecting his love life.

Soaps.com: What are your thoughts on Wyatt? Who is he in your eyes?

Brooks: I’ve always said Wyatt’s kind of he’s the opposite of Liam. They’re both nice guys, but Liam’s “the nice guy.” He’s the intellectual, he always thinks things through before he says them or does them. Wyatt’s kind of the guy who he wears his emotions on his sleeve, and he just does what he wants – shoot first ask questions later. I think he’s that type of guy. He just kind of lives life with passion and just does it. I would say that’s the difference between the two characters. Liam’s the white knight, and Wyatt’s the dark knight. They are opposites but both good people.

Soaps.com: Wyatt seems to fall in love hard and fast. Do you think that is what’s going on with Steffy?

Brooks: I think he definitely fell in love with her. Ever since she came back to town Wyatt’s thought they are two of the same type of people. They both live life to the fullest, and they’re passionate and go after what they want. I think those two characters together, there’s excitement and there’s passion there. I think it is love ultimately.

Soaps.com: Is there any sibling rivalry involved too?

Brooks: I think there’s always that, especially with the dynamic that they have created. Scott [Clifton] and I have talked as actors and we want these characters to have that. It’s a dynamic on TV shows that works. Look at “Empire” – you have these siblings that are squabbling over who’s going to get the empire, and who’s got this, and who’s this, and who’s the eldest, and who’s been working the hardest, and who’s the most talented and gifted, and whatever. I think everybody can relate if they have a sibling, that competition. So I think there’s a lot of competition between the two. The brothers do love each other and they would do anything for each other if they were in a predicament. But, yeah, there’s always going to be that sibling rivalry I think.

Soaps.com: How do you think Wyatt would react if Liam returns to claim his life? And how might that affect his relationship with Quinn?

Brooks: I think that’s one thing that’s in the back of Wyatt’s mind, how things are going to turn out after Liam does come back, when he does come back from the yoga retreat or wherever he’s at. I think he wonders what it’s going to be like. Yeah, he’s got a job with dad now, he’s got the girl, his life is great right now. His mom isn’t meddling in his life, to his knowledge. Everything is great, and if Liam comes back what’s that going to be like? Would his mother start meddling again? I think he wonders about that kind of stuff. But for the time being, living in the moment he’s like “I don’t even care, let him come back.” He’ll deal with it then but there’s always that insecurity and paranoia I think.

Soaps.com: Is it kind of weird planning a wedding in real life, and then talking about getting married at the same time on TV?

Brooks: No. Our wedding is our wedding. We’re planning it ourselves and all that. Work is work and home life is home life, and both of us I think are very distinct about that, and make a point to make that a part of our lives.

Learn more about Darin Brooks’ Hawaiian wedding to Kelly Kruger. Then read our 2013 interview with Darin Brooks to learn what he thought about Wyatt when he first joined the show.