Throwback Thursday B&B Poll: Massimo is attacked by Nick then sees Jackie for the first time in years 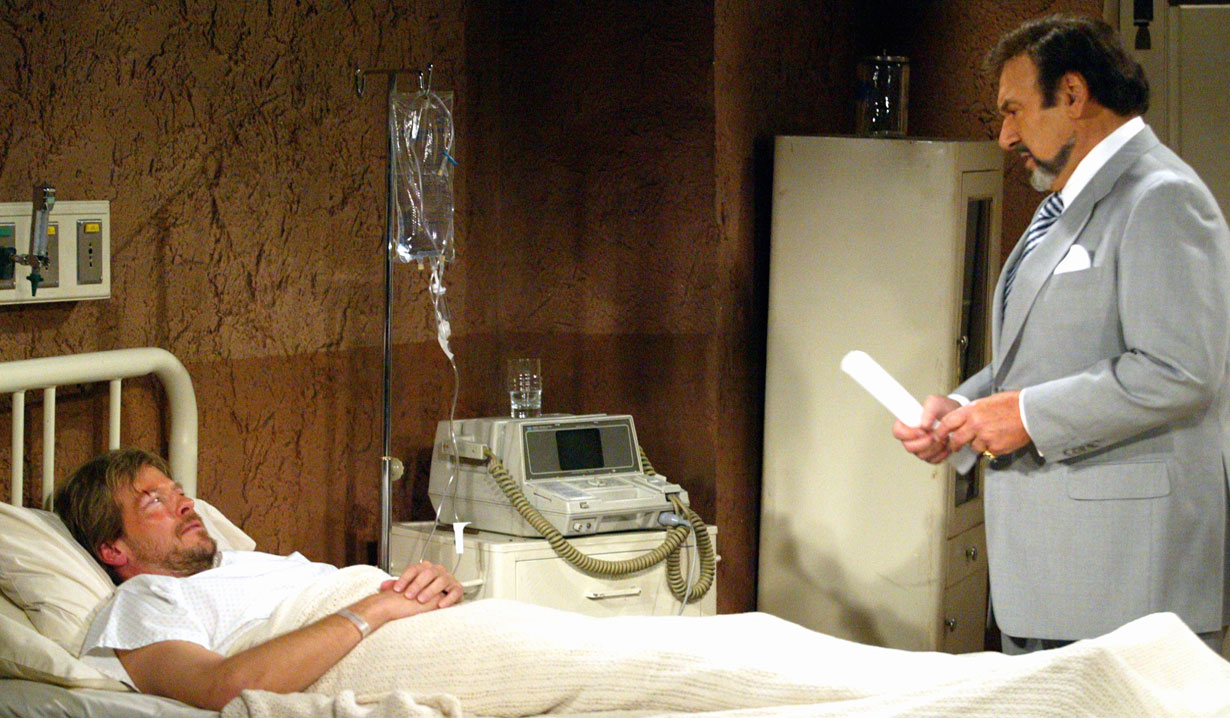 Adding assault to his other charges.

Soaps.com is back with another Throwback Thursday poll for “The Bold and the Beautiful.” This week we’re revisiting a time in 2003 when Massimo Marone confronted Nick Payne, who attacked him, then came face-to-face with Jacqueline Payne for the first time in years…

These days, family drama is in no shortage, considering Ridge and Caroline are keeping a huge secret – that Thomas is her baby’s father. Years ago, Nick and Massimo had no idea they were father and son, a secret Jackie kept from them. Nick had been the captain of a Marone Industries tanker that ran aground, which caused him severe injury and the death of his crew. Massimo confronted Nick in the hospital and accused him of having been drunk. Nick adamantly denied it, as Massimo reminded him of the men who had lost their lives. After Massimo sarcastically called Nick lucky for surviving, Nick jumped out of bed and attacked him.

Neither man had any idea that they were father and son. Jackie kept her past, which included prostitution, a secret, as well as Nick’s true paternity. When Massimo was forced to leave Nick’s room, he ran smack-dab into Jackie but didn’t recognize her as the woman he’d had an affair with years ago.