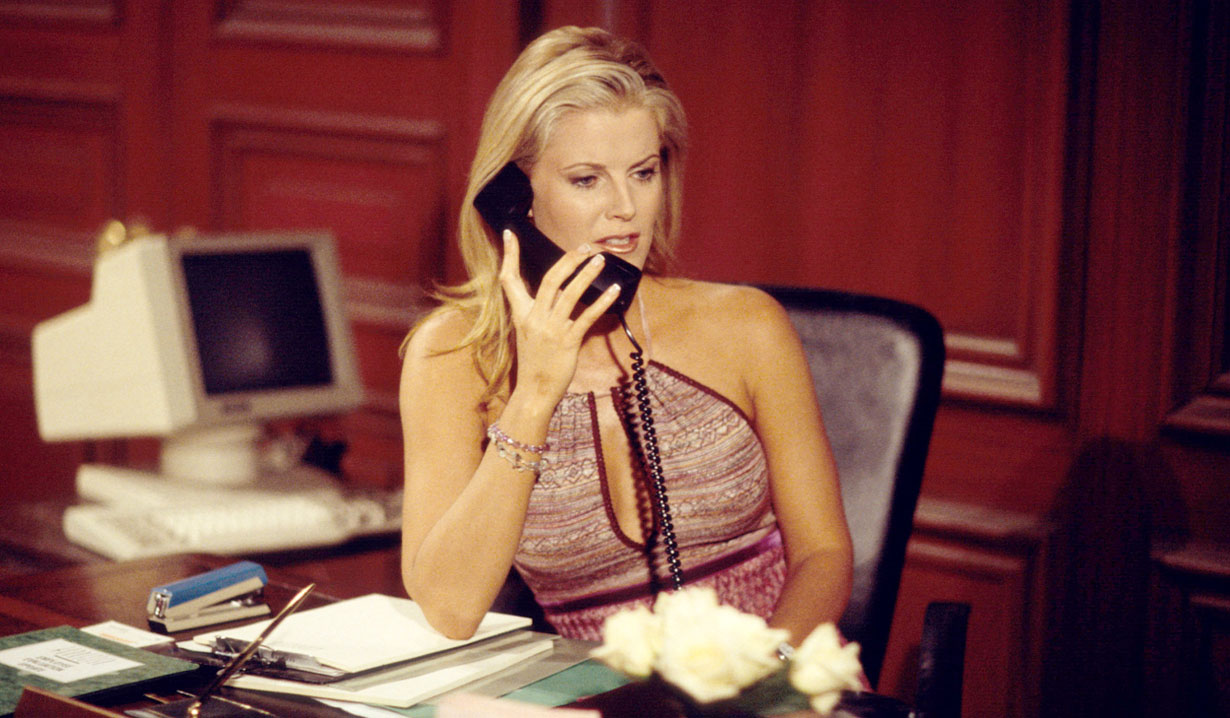 “That guy said he was a florist, but I don’t think he was.”

Soaps.com is taking our readers back to 1996 in this week’s “The Bold and the Beautiful” Throwback Thursday poll when Forrester Creations employee Megan Conley became troubled by a phone call…

These days, Ridge is doing everything in his power to make it appear as though Caroline’s baby is his. Years ago, someone called Forrester Creations and pretended to be someone else in order to gain information from Megan. Megan, the company’s secretary turned coordinator, and Michael Lai were having a meeting with their new marketing executive Enrique Alvarez when the phone rang. Megan took the call then became troubled soon after. She explained that though the man had known her name and claimed he was a florist she now believed he’d lied in order to find out where a certain event was taking place.

Michael wondered if the man had been a reporter but Megan believed he was Mike Guthrie, a former employee and a friend of Sheila Carter’s. She debated calling the police but didn’t want to ruin the event that was going on – in case she was wrong. In the end, it had been Mike who called and Sheila soon turned up at the event and made herself known to everyone in attendance.

Last week’s answer: A set of her fingerprints were in the envelope Karen Spencer gave to her father Bill Spencer Sr. to prove she was his long-lost daughter.