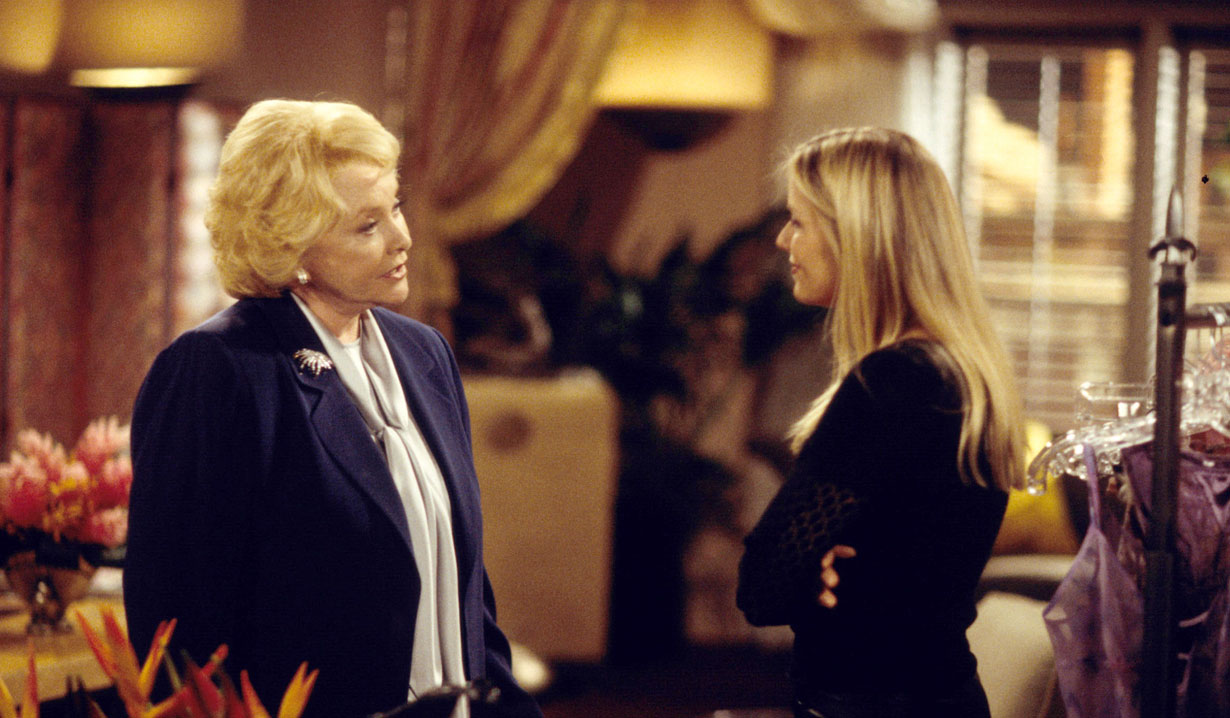 Soaps.com is taking a trip down memory lane back to 1998 in this week’s “The Bold and the Beautiful” Throwback Thursday poll when Stephanie Forrester revealed to Brooke Logan Forrester that she knew about her grandson Thomas’ paternity…

Brooke recently crossed the line by kissing her sister Katie’s husband Bill yet again. Years ago, she was caught in another mess by her nemesis and mother-in-law. Brooke, dressed in lingerie, anticipated a romantic evening with Ridge until Stephanie arrived in her office at Forrester Creations. Though Brooke taunted Stephanie with her plans for her son, and even showed her the sexy outfit she wore beneath the robe, none of it bothered Stephanie at that moment – because she planned to do a little taunting of her own.

Stephanie brought up how Brooke had done everything in her power to keep Taylor away from Ridge, including changing the time of her wedding so Ridge’s ex wouldn’t show up. Brooke acted secure in her marriage and didn’t let any of Stephanie’s digs get to her. It wasn’t until Stephanie revealed that she had recently uncovered the truth about Thomas’ paternity – and that Ridge, not Thorne, was the father – when Brooke knew the other woman had the upper hand.

Last week’s poll answer: Stephanie had a nightmare that Ridge walked down the aisle with Brooke. 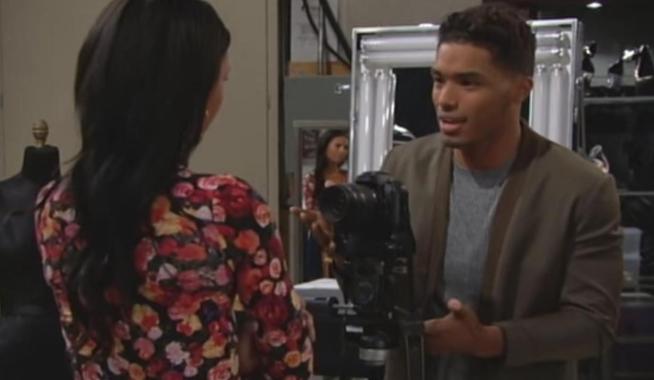 B&B Spoiler Video: Zende tells Sasha he has an itch 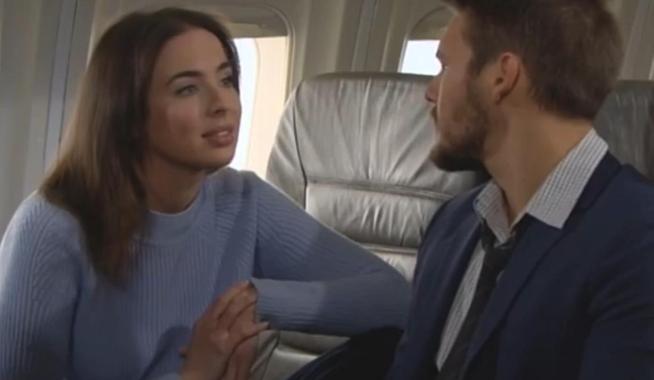