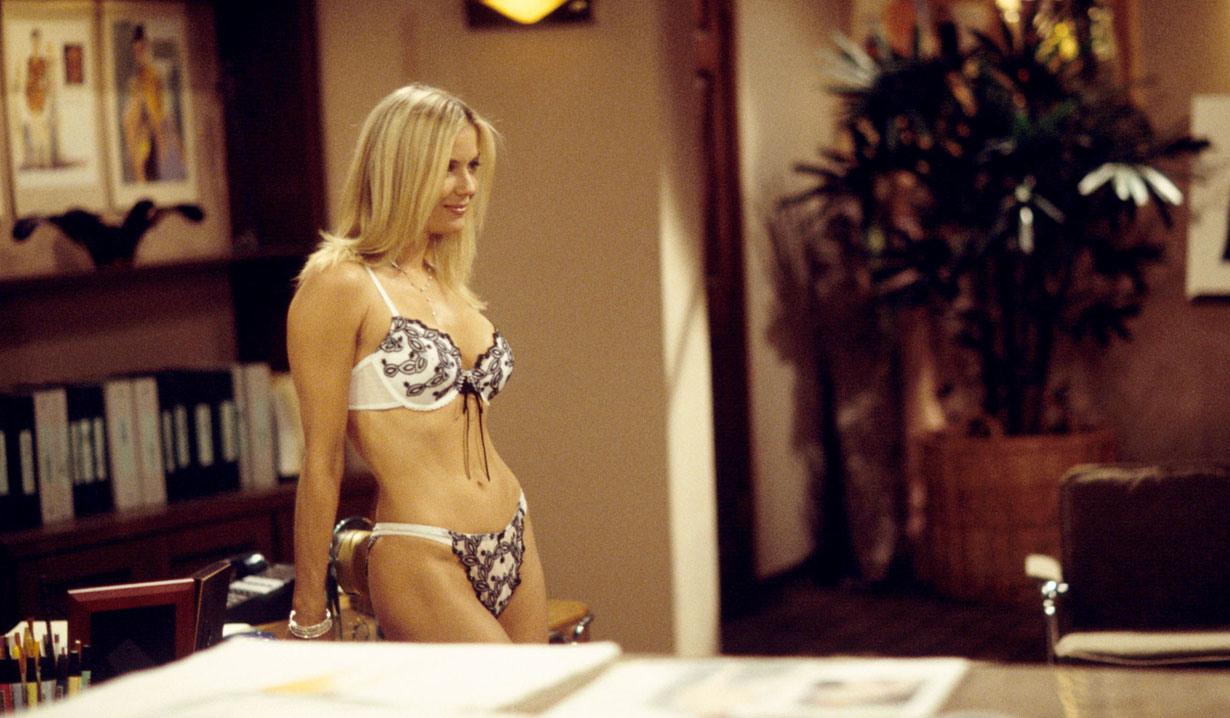 “Were you modeling a brand new line of lipstick all over his body as well?”

Soaps.com takes readers back to the late 1990s in this week’s “The Bold and the Beautiful” Throwback Thursday poll when Stephanie Forrester tore into Brooke Logan for trying to seduce Ridge in an elevator at Forrester Creations…

Ivy’s happy with Wyatt these days though it wasn’t long ago that she wanted to keep Liam for herself. Years back, Brooke wanted Ridge for herself too, even though he was married to Taylor. While trapped in an elevator, Brooke tried to seduce Ridge and ended up tumbling on top of him, half-naked, when the doors opened – in front of a crowd of Forrester Creation workers, including his wife. Taylor saw the red lipstick on Ridge’s neck and was furious.

Stephanie learned of Brooke’s latest escapade and confronted her. Brooke insisted it hadn’t been planned and that she’d been modeling lingerie before she stepped into the elevator and got stuck with Ridge. Stephanie wouldn’t let up and continued ranting how Brooke was the same little tramp from the valley. Brooke accused Stephanie and Taylor of being two peas in a pod and warned if they knew how to fulfill their men, Ridge and Eric wouldn’t come running to her.

Look back on Stephanie and Brooke’s rivalry in the B&B 1990s episode guide.