Ivy the blackmailer?
The twist of having Ivy decide to use the video to blackmail Thomas into supporting her bid to be the Face of Forrester threw me at first - she's been known for being all about integrity, so it was like "B&B's" magical personality change phenomenon struck again. Also, since when has she wanted to be a model? As Ridge said, her career is making jewelry. Yet, there's so much to like about this, storyline-wise. It saves Ivy from being such a goody two shoes, and puts her on a more even footing with Steffy. How fun is it that she can no longer claim moral superiority? This also makes her an even more perfect match for Wyatt, who isn't above a good scheme himself.

What about me?
It ended up being a pretty spirited meeting full of debate after Ivy offered herself up as the new Face of Forrester. Soapy goodness! Thomas, of course, was left to face Steffy's fury after he sided with Ivy, and had to tell her about the video. This all could have been avoided if he'd just snatched Ivy's phone and deleted the video in the first place, but what fun would that have been, right?

I've been good.
Katie and Bill canoodling in the office and rehashing the events making the news over at Forrester made for a nice counterpoint to the drama happening across town. Interesting that Bill expressed the opinion that Ivy has blood on her hands. I wonder how long it will be before Bill realizes there's another secret and what he'll do about it! 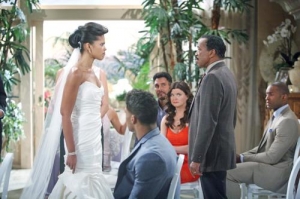 Credit: What about me?

It was a big week for “B&B” what with daytime television’s first wedding featuring a transgender character (and the surrounding drama), and a surprising twist with the character of Ivy. Thoughts:

Freak show.
As mentioned in last week’s Deconstructing B&B, Julius’ ugly tirade about Maya made for an intense exchange with Vivienne, and things really came to a head this week when Maya confronted him. It was handled very realistically, with Julius abandoning further attempts to ‘pretend’ and defending his views in no-holds-barred fashion despite the fact that no one in the assembled group shared them. Ironically, it turned out that Julius had also faced rejection and had been disowned by his father, as he then did to Maya. The acting and writing was so on point; allowing viewers to feel something for Julius even as he spouted his ignorance, and also to become engulfed in the regret and high emotion expressed by Vivienne to Maya as they reconciled their lost years. It all seemed to come full circle for the Avant family when Julius was cast out of the house and family as Maya once was. All of this drama, however, made the wedding ceremony itself seem a little anti-climactic at the end of four days of scenes.

Self-defense.
The writers are hitting all the marks with the storyline surrounding Aly’s death as Steffy’s memories started to return and she told Thomas she should go to the police. Thomas talked her out of it, but that was before he knew about Ivy’s video, which makes it appear that Steffy could have been the aggressor. It’s such a soapy dilemma. 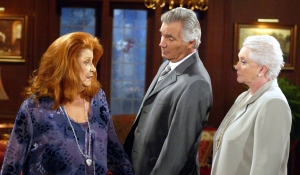 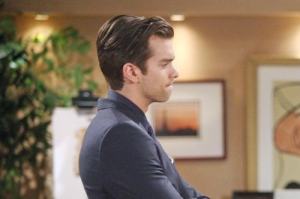