She was once a stalker of sorts herself, like the time when Taylor returned from the dead and pretended to be someone else in order to get close to Ridge.

Did you guess last week's poll answer correctly? Kristen wore the showstopper for Forrester and Donna wore one for Spectra 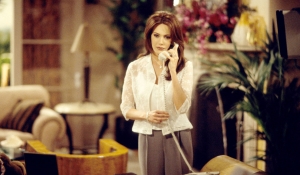 “I have this feeling about him.”

This week’s “The Bold and the Beautiful” Throwback Thursday poll takes Soaps.com readers back to 1995 when Taylor Forrester thought she knew who the man prowling around her property and breaking into her home was…

A few people still believe there’s an element of crime surrounding Aly’s death. Years ago, various crimes took place repeatedly on the grounds of Taylor’s beach house. Someone paid Taylor a visit and explained how they wanted to get to know her better. Taylor appeared nervous and was quickly relieved when Eric Forrester showed up with some business files. Though Eric offered to come back at another time, Taylor pulled him inside and demanded that the other man leave.

Once alone, a frantic Taylor insisted to Eric that the man who he found her with was most likely the stalker who’d been breaking into her home and lurking outside. She explained how he used the same phrases as the mysterious man who’d called her and knew where to find certain things in her home. Eric wanted to call the police but Taylor had no proof, so he settled on watching over her for the night.

Do you remember who Eric found with Taylor, who she believed to be her stalker? 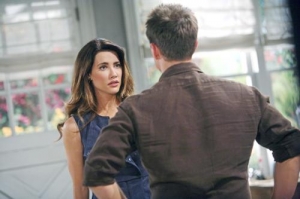