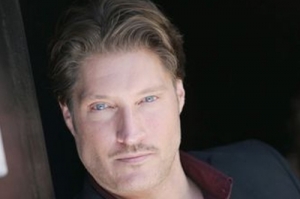 Actor Sean Kanan will be appearing in a new film entitled, “Limelight,” according to Soap Opera Digest. In the movie, Kanan, who plays bad boy Deacon Sharpe on “The Bold and the Beautiful,” will play a slimy film producer who leads a young social media sensation from Colorado down a dark path in Hollywood.

“Limelight,” which also stars Jonathan Lipnicki (“Jerry Maguire,” “The Little Vampire”) David Chokachi (“Baywatch”), Bruce Vilanch (“Get Bruce”), Paul Vandervort (“Youthful Daze”) and Jason Brooks (formerly Peter Blake, “Days of our Lives”), will tape when “B&B” is dark for a week so Kanan’s role will not be affected. Stay tuned for more movie details when they become available.

Check out Soaps.com’s previous interview with Sean Kanan, and then flash back to when Deacon was involved in Carmen’s death.