Take a look back on another heated argument between these two and vote on when B&B's Stephanie revealed Sally's secret. 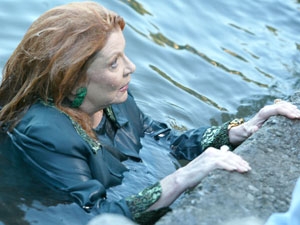 “You’ve always been jealous of me, Sally.”

1992 is the focus in this week’s Soaps.com “The Bold and the Beautiful” Throwback Thursday poll when an argument between Stephanie Forrester and Sally Spectra landed the latter in the pool…

Many people are currently battling it out in order to get the upper-hand at Forrester. Years ago, during a battle of their own things went too far and Sally blamed Stephanie for ending up a wet mess and falling into the Forrester mansion swimming pool. Sally confronted Stephanie once again to express her animosity toward her. Though Sally labeled her as being a cold, cruel and vindictive woman, Stephanie expressed how she’d always been jealous of her, her family and their social position.

Stephanie asked Sally to leave but she refused and continued to accuse Stephanie of living vicariously through her children. Sally also reminded Stephanie that Eric left her for a woman young enough to be her daughter. Stephanie had enough and countered with various insults until Sally came at her. However, Sally ended up fully clothed in the swimming pool with Stephanie laughing hysterically.

Do you remember how Sally ended up falling into the pool? After you vote, we encourage you to interact with other fans about your favorite Sally/Stephanie memories in the comment section. 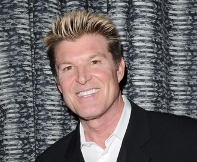 Winsor Harmon Back To B&B

The Bold And The Beautiful Spoiler Video: Strong