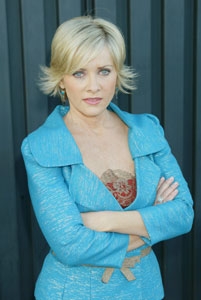 In this week’s “The Bold and the Beautiful” Throwback Thursday Soaps.com takes readers back to 1997 when Maggie Forrester Warwick sought comfort from a stranger…

Wyatt may soon end up feeling guilty for using Nicole. Years ago, Maggie was feeling something else, insecurity due to all of the time her husband James was spending with Sheila Carter. James and Maggie had plans to spend the day together until he was called away by Sheila. Maggie was feeling down and called someone she recently met. When he arrived she had second thoughts about spending time with him, a practical stranger, but he claimed, “We’re not strangers, we’re from Iowa.”

The man convinced Maggie, as friends, to go out for something to eat. Maggie began to relax and expressed how nice it was to get out of the city for a bit. They ordered some drinks and the man listened, with stars in his eyes, as Maggie talked about James and how Sheila was pregnant with his baby. He advised ‘Maggie Mae’ that she deserved better and urged her to confront James with her feelings. Maggie promised to do so, for him, one of the sweetest men she’d ever met.

Do you remember who Maggie’s new friend was? Vote in our “B&B” poll and use the comment section to discuss past and current storylines.

The Bold And The Beautiful Spoiler Video: Problem

The Bold And The Beautiful Spoiler Video: You Told?