Answer to last week's Throwback Poll: Ridge said to Stephanie in regards to Eric proposing to her, "Oldest trick in the book, Mother."

Also, vote in our Genoa City Throwback Thursday poll surrounding Y&R's Jack seeing Victor back from the dead and read Soaps.com's Where Are They Now column for details on "One Life to Live" alum (ex-Victor Lord) Trevor St. John's CSI: Cyber role. 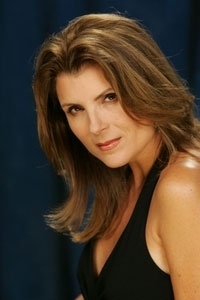 In this week’s “The Bold and the Beautiful” Throwback Thursday Soaps.com takes readers back to 1994 when Sheila Carter overhead a conversation that led to a man’s death…

Nicole recently confronted Maya with information from her past. Years ago, James Warwick wanted information on Sheila’s past and went to her doctor to get it. James started to become suspicious of Sheila and met with her psychologist Dr. Jay Garvin. Though the doctor refused to give James details as to what he and Sheila talked about during their sessions, with a little pressing he began to cave.

Sheila arrived and stood outside the slightly opened door listening as Dr. Garvin admitted that Sheila had talked to him about her past in Genoa City. Just as James urged him to divulge what happened between her and Lauren Fenmore, Sheila made eye contact with Dr. Garvin and halted him from revealing any further details. As soon as James left, Sheila barged into Garvin’s office and warned him against betraying her confidence. The doctor urged her to come clean, but Sheila erupted in a rage that ultimately led to his death.

Do you remember how Sheila’s doctor died? Vote in our “B&B” poll and leave us your thoughts on the current storylines, as well as your past favorites in the section below. 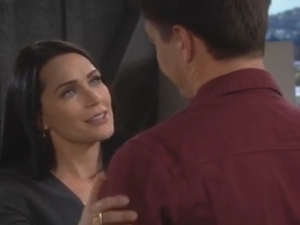 B&B Weekly Spoiler Video: Bringing Up The Past