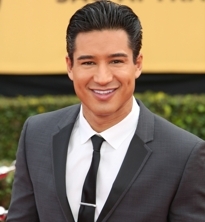 When some key members of the “Saved by the Bell” cast reunited on Jimmy Fallon’s “The Tonight Show,” former “The Bold and the Beautiful” actors, Mario Lopez (ex-Dr. Christian Ramirez) and Dennis Haskins (ex-Mack) were there.

The pair re-created their roles of A.C. Slater and Principal Belding, along with Mark-Paul Gosselaar (Zack Morris), Tiffani Thiesen (Kelly Kapowski), and Elizabeth Berkeley (Jessie Spano) for a “Saved by the Bell” skit with their host.

In recent years, Mario Lopez has appeared on “Dancing with the Stars,” “Extra,” and “Nip/Tuck,” while Dennis Haskins has done numerous TV appearances on series such as “How I Met Your Mother” and “New Girl,” and has a film in pre-production entitled, “Up on the Wooftop.”

Check out the video clip of the hilarious sketch below:

The Bold And The Beautiful Poll: Ivy, Liam And Steffy

The Bold And The Beautiful Spoiler Video: Fighter