Also, vote in our Genoa City Throwback Thursday poll surrounding Y&R's Drucilla's nude centerfold and read Soaps.com's Where Are They Now column to learn how to watch "All My Children" alums Colin Egglesfield and Ambyr Childers in Vice. 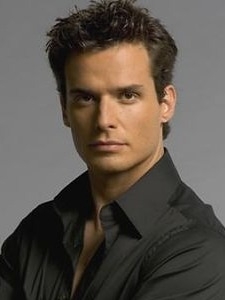 In this week’s “The Bold and the Beautiful” Throwback Thursday Soaps.com takes readers back to the mid-2000s when Taylor Forrester was stunned to see an artist named Dante Damiano…

Brooke is currently upset because of the goings-on at Forrester Creations. Years ago, Taylor was upset as well due to the appearance of Dante in Los Angeles. Forrester Creations held a press conference to announce that Taylor had returned from Morocco and Prince Omar Rashid’s clutches and hadn’t died from a gunshot wound like her family had believed. When Taylor spotted Dante in the crowd she immediately became uneasy, wanting to put the past ordeal behind her, and tried to avoid him at all costs.

Dante refused to leave town before talking to Taylor. Though she blew him off numerous times, when it appeared that Dante planned to stick around, due to his interest in Bridget Forrester, the two came to terms with the past and were able to co-exist.

Do you remember how Dante and Taylor were connected? Vote in our “B&B” poll and feel free to share your favorite storylines in the comment section below.

The Bold And The Beautiful Spoiler Video: Do Nothing