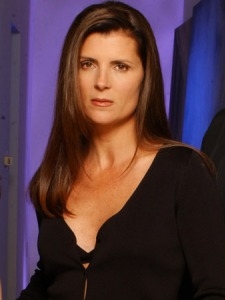 Getting a major point across.

In this week’s “The Bold and the Beautiful” Throwback Thursday Soaps.com takes readers back to 1998 when Sheila Carter snuck into Thomas Forrester’s nursery…

There’s no telling where Ridge and Caroline’s relationship will go. Years ago, Sheila was at the end of James Warwick’s decision to end theirs. Sheila’s jealousy of James and Stephanie Forrester’s relationship pushed her over the edge. James filed for a divorce from Sheila and began spending time with Stephanie. Sheila couldn’t stand the thought of James being near her nemesis and planned to use any means necessary to keep them apart.

Despite Sheila being on parole, she snuck into Ridge and Taylor’s house, went into Thomas’ nursery and later confronted Stephanie with something that proved if she wanted to she could get access to the baby. Sheila took her threat a step further and warned Stephanie to stay away from James or else she would kill her grandson. Though Sheila was arrested for violating her parole, she escaped, shot Stephanie and fled town with her and James’ daughter Mary.

Do you remember what Sheila took from Thomas’ nursery? Vote in our “B&B” poll and feel free to share your favorite Sheila moments in the comment section below.

The Bold And The Beautiful Spoiler Video: Celebration

The Bold And The Beautiful Spoiler Video: Unfaithful