Movin' on up.
With Ridge knowing Rick hadn't been fulfilling his husbandly duties and later seeing the documents Rick was trying to get Eric to sign, his mind immediately went to 'what is Ricky Boy up to?' and began to connect the dots. Unfortunately, when Ridge appeals to Eric it will play right into Rick's hands as it will seem Ridge is trying to undermine him. Meanwhile, Ivy, who could blow Rick's plan wide open, is too busy canoodling with Liam, who could also blow things wide open with a simple phone call to Caroline. Makes for great tension! Liam and Ivy are cute together, but when will we see passion?

Making his Move.
This was definitely a nail biter as those who 'knew something was going on' raced against time to stop Rick, but were ultimately too late as Eric had signed the papers. Ridge questioned the need for them, while Caroline blindly supported her hubby. Rick then wasted no time in making his agenda known as he shocked everyone in the room by announcing that Maya would be the woman by his side, and not Caroline. Great tension and terrific soapy goodness! As mentioned in last week's B&B Breakdown, we can't wait to see what Brooke will make of all this. Would you like to see Caroline fight for Rick or turn to Ridge now? Vote in Soaps.com's B&B Poll: What should Caroline do? 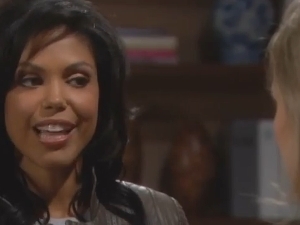 “The Bold and the Beautiful” for the week of December 29 – January 2:

This week was all about building to Rick making his big move and whether or not he’d pull it off. Episode breakdown and thoughts:

Reformed mother of the year.
Maya doing the ‘stand by your man’ thing is fine, but showing up at Forrester and baiting Caroline after Rick had just told her she sensed something was off, wasn’t smart. Rick’s incessant whining about Ridge should be Eric’s first clue he’s picked the wrong guy for the CEO job – you wouldn’t hear Ridge fretting about being undermined by Rick! In Malibu, Rick was also the topic of Liam and Ivy’s conversation. It was kind of stunning that Liam didn’t call his cousin Caroline right away. Of course he was distracted by the hand-wringing Wyatt, who, fresh off bad advice from his mother, decided to go after Hope, who clearly doesn’t want him around. Sigh. Over at the warehouse, it was baby steps for Quinn, who managed to advise her son without (so far) buying a plane ticket and following him. Deacon’s positive reinforcement was cute, but calling her ‘reformed’ was probably taking it a tad far. Hehe. Check out Soaps.com’s Year in Review and vote on some 2014 Soap Opera ‘What the Hell’ Moments.

Cosmically connected.
It was odd for Maya to say she and Caroline were ‘cosmically connected’ – didn’t really get that – but nonetheless they are definitely connected by their desire for the same man. That would be the whiny tyrant who was across the hall pressuring his clueless father. Yep, they were a pretty confident duo, Rick and Maya, and after Eric’s conversation with Carter at the house, it appeared they might actually pull off their plan. If anyone had any doubt as to why Stephanie was always calling the shots, it should be obvious now. Eric is all over the map when it comes to making business decisions. He really isn’t very shrewd. 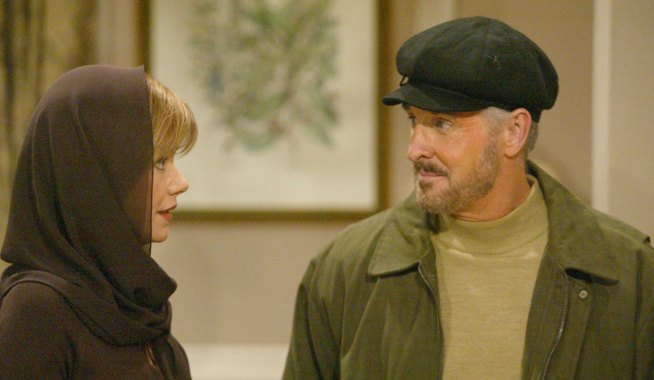 The Bold And The Beautiful Saturday Teaser Poll: Gift