Ex-Bold and the Beautiful Star Sean Kanan in Camera Cafe! 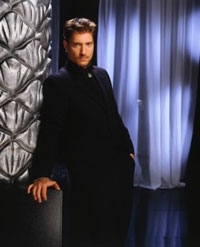 Even though fans of Sean Kanan would like to see him back on B&B as Deacon Sharpe or cross over to The Young and the Restless, there is somewhere else you can catch him!

Available sometime in May on the Mio website, Kanan will star in the web series “Camera Café.” The series, already popularly adapted in several other countries, is an office comedy shot from one fixed camera at the angle of the coffee machine. Kanan will play John, a smarmy salesman who is apparently the office hounddog.

Slated for 20 webisodes, “Camera Café” is produced by MADtv’s David Salzman and executive produced by Antonio Banderas, who will also appear in a scene with Sean.

Even though we’re holding out hope Sean will return to Daytime, Soaps.com congratulates him and wishes him well on his new project!