The Bold And The Beautiful Poll: Should Ivy Leave LA? 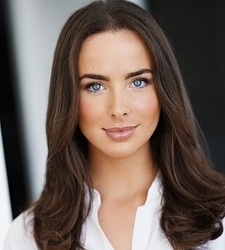 No matter who Hope is with it always seems as though she and Liam are pushed back in each other’s orbit. Ivy and Liam have begun a romance but despite that, she’s going to debate leaving him, the drama surrounding Hope and Los Angeles behind.

If the decision was up to you, would you encourage Ivy to leave or convince her to stay? Vote in Soaps.com’s “The Bold and the Beautiful” poll then share what you’d like to see for the character’s future in the comment section below.

Also vote in Soaps.com's Y&R Poll: Uncovering Adam to share who you think will uncover his identity first and read our latest Where Are They Now column to hear about "B&B" alum (ex-Christian Ramírez) Mario Lopez on People's Most Sexiest list.