Holy cow does Rick have the manipulation thing down! He let no time pass after he got dumped before he ran to mommy to make it seem like he was the victim. It worked really well too, but I wonder what will happen once Brooke hears the recording of her son saying such awful things to Ridge. Or maybe she never will. With this show you never know.

Jackie’s got quite a plan doesn’t she? Does she really think she can use Owen to make Nick jealous in order to reunite him and Bridget without any consequence to her? I foresee Jackie falling for Owen despite herself, but Owen falling for Bridget and hopefully, Bridget falling for Owen and rejecting Nick. I mean really, hasn’t this ship sailed already? I am so past Bridget and Nick that it seems silly to even bring them up again. We didn’t get any aftermath to their breakup and until recently they haven’t had any scenes together. It feels done, so for the writers to rehash Nick and Bridget just seems too forced. There’s enough of a triangle with Bridget, Owen and Jackie, why bring Nick into it?

That’s really about it for me this week. How about you? Feel free to express your feelings on anything that went down on B&B and I’ll be back next Friday with more of my thoughts. 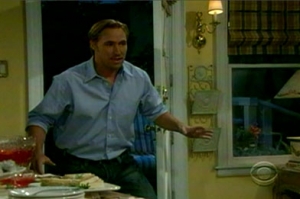 Credit: Will this blow up in Jackie's face? (Soaps.com)

B&B Breakdown For the Week of April 20!

I found it interesting there was no follow up to Eric’s reaction of learning Stephanie is working for Jackie M. He found out on Friday with Donna and Steffy and then wasn’t on this whole week. It would have been nice to see him confront her. Hopefully that will happen in time.

I was also amused that on Monday, while the Jackie M gang was in the same scene as they were on Friday celebrating their success, Donna and Steffy, who had just watched the fashion show, albeit on TV, were all of a sudden at Steffy’s bridal shower that was in full swing. I realize soap time and travel is different than in the real world, but when it’s paralleled against related situations that haven’t changed, it’s too obviously contrived. Not only that, but wow! What a sad little shower that was. Only Brooke, Donna, Katie and Madison attended. I suppose it’s better to not fill it up with faces we don’t recognize, but it really brings home the point that no one has any friends on this show.

Watching Rick squirm this week was great fun. The king of smarm is finally getting what’s coming to him and Steffy did a great job of holding her ground, not being too dramatic and just telling him to buzz off! It is so nice on soaps when people get their comeuppance isn’t it?

The Bold and the Beautiful Earth Day Video Clip Tips!

Live Chat With The Bold and the Beautiful's Brandon Beemer! 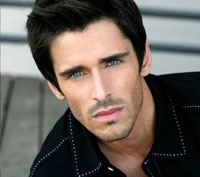