Former Bold and the Beautiful Star Lorenzo Lamas in Phineas and Ferb! 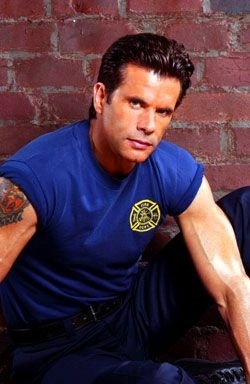 Lorenzo Lamas’ Hector on The Bold and the Beautiful is nothing but a memory these days, but you can still catch the actor in new projects on the small screen. On Saturday April 18, Lamas, along with BAFTA Award winner David Mitchell and voiceover artist Don LaFontaine, will guest star on a new episode of Disney’s “Phineas and Ferb” on Disney XD.

Phineas and Ferb are stepbrothers in this Emmy nominated animated comedy series who make a concerted effort to battle boredom during their 104 day summer vacation. The series was created by Dan Povenmire (“Family Guy”) and Jeff “Swampy” Marsh (“The Simpson’s”).

Disney XD debuted in February of this year and is a new multi-media brand that includes a mix of live-action and animated programming for kids 6 – 14 years of age.

Don’t know about you, but Soaps.com thinks this sounds like a fun project!

The Bold and the Beautiful Video Clip Preview of Monday's Episode!